74% Say They Would Not Ride in Them 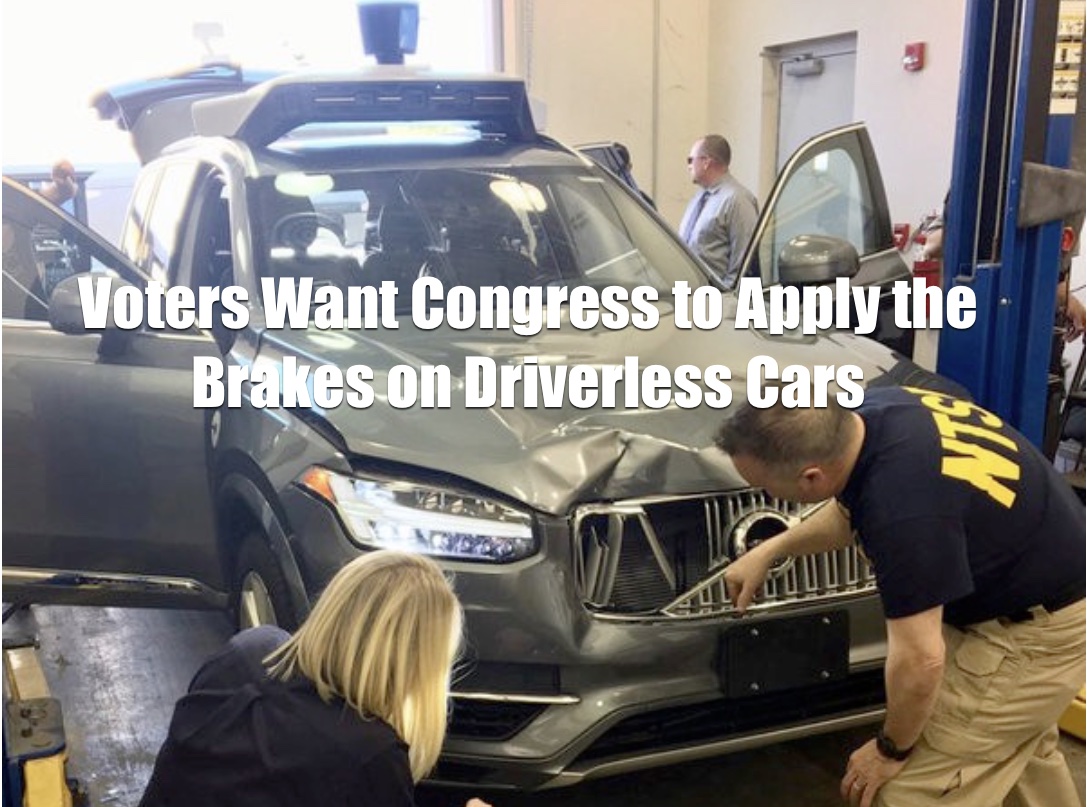 LOS ANGELES, CA – As Americans Hit the Road for Memorial Day driving their own cars, voters surveyed in four states have serious safety and privacy concerns when it comes to driverless car technology and want Congress to apply the brakes to robot car technology until it is proven safe, according to public opinion poll conducted for Consumer Watchdog released today.

The four states polled cover the political, demographic, and geographical spectrum, with varying concentrations of cars and auto industry jobs, Consumer Watchdog said. The states are also the home states of Senate leaders from both parties who are pivotal in the ongoing debate about driverless car legislation.

“Congress has been listening to the self-serving claims of the robot car manufactures. Instead, our representatives should be listening to the people, who understand this technology is not ready to deploy and must be carefully regulated to protect safety,” said John M. Simpson, Consumer Watchdog’s Privacy and Technology Project Director. “The Senate needs to put on the brakes and not hit the accelerator pedal on the sadly inadequate AV START Act.”

Other key findings from the survey include:

Public Policy Polling conducted the poll for Consumer Watchdog and surveyed 2,374 registered voters in California, Florida, Michigan, and South Dakota from May 15-16, 2018.  The margin of error is +/- 2.0%. The survey was conducted using automated telephone interviews.