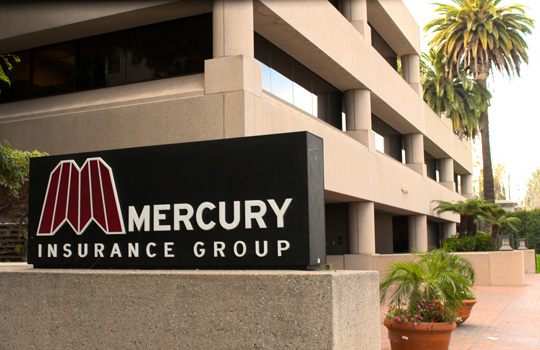 “After over a decade of battling against Mercury’s aggressive litigation tactics seeking to evade accountability for its deceitful ‘broker fee’ overcharges, today justice has finally prevailed and the $27 million civil penalty Mercury must pay the state should send a strong message to Mercury and other insurers that they can’t get around the law,” said Pam Pressley, senior attorney at Consumer Watchdog.

Consumer Watchdog intervened in and actively litigated the case before the Department of Insurance and in Mercury’s subsequent suit filed in Orange County Superior Court against the Commissioner seeking to overturn the penalty. The superior court judge vacated the penalty, ignoring the Commissioner’s factual findings and longstanding interpretation of the Insurance Code and his regulations, requiring that fees charged by agents are considered premium subject to prior approval. The Court of Appeal today reversed that ruling to allow the penalty to stand.

“The allegedly unapproved rates were in the form of broker fees charged by Mercury agents, which should have been disclosed as premium,” the Court of Appeal ruled.  “After prevailing at an administrative hearing, the Commissioner imposed civil penalties against Mercury in the sum of $27,593,550 for almost 184,000 unlawful acts. Mercury filed a petition for writ of mandate, which the [trial] court granted, reversing the Commissioner’s decision... Commissioner and intervener and appellant, Consumer Watchdog (CWD), appeal on several grounds,” the Court of Appeal Court wrote.

“We agree with Commissioner and CWD the writ was issued in error and reverse the judgment. Because there was substantial evidence supporting the Commissioner’s decision, remand for a new hearing would be an idle act and we therefore remand with directions for the court to deny the writ,” the Court of Appeal ruled.

Read the decision at: https://eservices.truecertify.com/?loc=CAC-K68HVM-C797F728&key=SLE

The Department of Insurance first discovered Mercury’s illegal “broker fee” charges and put Mercury on notice of its Proposition 103 rating violations after it completed and issued a market conduct exam and report in 1999. Mercury refused to stop and instead tried to change the law through a failed legislative amendment. The Department of Insurance initiated an administrative hearing resulting in the $27 million penalty after a San Francisco Superior Court judge issued an order for Mercury to stop its illegal “broker fee” overcharges, which was upheld on appeal in 2004. But Mercury continued to violate the law through its biggest insurance agency, Auto Insurance Specialists (AIS) for five more years until 2009. As the Court of Appeal noted: “The business model with AIS acting as a Mercury “broker” continued until Mercury bought AIS in 2009.”

After Mercury attempted to stop the Department of Insurance hearing from going forward by filing a prior writ action in Los Angeles Superior Court and subsequent appeal which was denied in 2013, a trial before an administrative law judge was conducted over 15 days with more than a dozen witnesses testifying, almost 4,000 pages of exhibits admitted, and multiple rounds of briefing on every disputed issue.  The Administrative Law Judge issued a 62-page proposed decision subsequently adopted by the Commissioner. The Commissioner’s Decision found Mercury’s agents were charging “broker fees” ranging from $50 to $150.

AIS collected “broker fees” on more than 99 percent of the policies it obtained for Mercury. In a five-year period between 1999 and 2004, AIS “brokers” charged almost $27.6 million in unapproved “broker fees” on behalf of Mercury in California. Thus, the fine upheld by the Court of Appeal approximates the amount that consumers were overcharged.

Consumer Watchdog was represented by Consumer Watchdog counsel Pamela Pressley and Proposition 103 author Harvey Rosenfield and outside counsel Arthur D. Levy in the administrative Department of Insurance hearing and court actions. Wylie A. Aitken and Casey R. Johnson of Aitken Aitken Cohn joined Consumer Watchdog as co-counsel on the appeal.

Proposition 103, the insurance reform initiative adopted by the voters in 1988, requires insurance rates and premiums to be approved by the Commissioner prior to being charged. The initiative has saved motorists alone over $154 billion since its passage, according to a 2019 report by the Consumer Federation of America.

Consumer Watchdog is a non-profit, non-partisan citizen organization. The organization has saved California consumers over $3.4 billion over the last fifteen years by challenging excessive and unfair auto, home, business and medical malpractice rates.