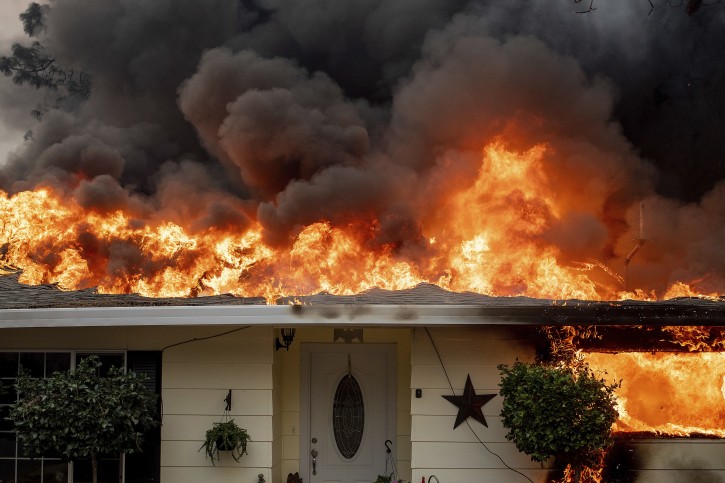 Los Angeles, CA — While the rest of the state is sheltering at home, lobbyists for the insurance industry are busy promoting legislation, scheduled for a hearing tomorrow, that would allow them to boost insurance rates on homeowners and renters. The bill would derail voter-approved protections against insurance price-gouging and fails to address insurers’ growing refusal to sell insurance in wildfire areas.

“The Sacramento insurance lobby is cynically exploiting two crises – the pandemic and the wildfires – to win from the legislature what they lost at the ballot box years ago – the right to price-gouge and take arbitrary rate actions against entire communities that the insurance industry says are too risky,” said Harvey Rosenfield, the author of Proposition 103, and founder of Consumer Watchdog.

“This legislation does nothing to address the many insurance company abuses – non-renewals, failure to pay claims, and skyrocketing rates – that have afflicted homeowners in and around wildfire areas,” said Michael Mattoch, Sacramento counsel for Consumer Watchdog.

On Thursday, the Assembly Insurance Committee, chaired by Orange County Assemblymember Tom Daly, will hear two bills backed by the insurance industry that will allow insurance companies to sidestep Proposition 103’s stringent controls on profiteering by the insurance industry. The voter-approved insurance reforms require all home, auto and business insurance companies to apply for rate increases; they must open their books to public scrutiny and prove that the rate increases are fair in order to obtain the Insurance Commissioner’s approval of the rate change.

AB 2167, authored by Daly, and companion bill SB 292, authored by state Senator Susan Rubio, would allow insurance companies to evade these consumer protections and raise premiums for homeowners insurance behind closed doors, without complying with Proposition 103’s rules against price-gouging. The bills would allow insurance companies to make policyholders pay new surcharges for reinsurance that insurers may not pass on to consumers under current law.

A new bureaucracy of political appointees and insurance executives would be in charge of developing the models with no public input.

Both bills are couched in the creation of “insurance market assistance plans” that would allegedly assist insurance companies in addressing climate change and wildfire issues. However, Proposition 103 already gives the Insurance Commissioner the authority to establish such plans, subject to Proposition 103’s protections.

The California Department of Insurance, and organizations including United Policyholders and Consumer Federation of California, also oppose AB 2167.

Read the Department of Insurance letter of oppositions to AB 2167.