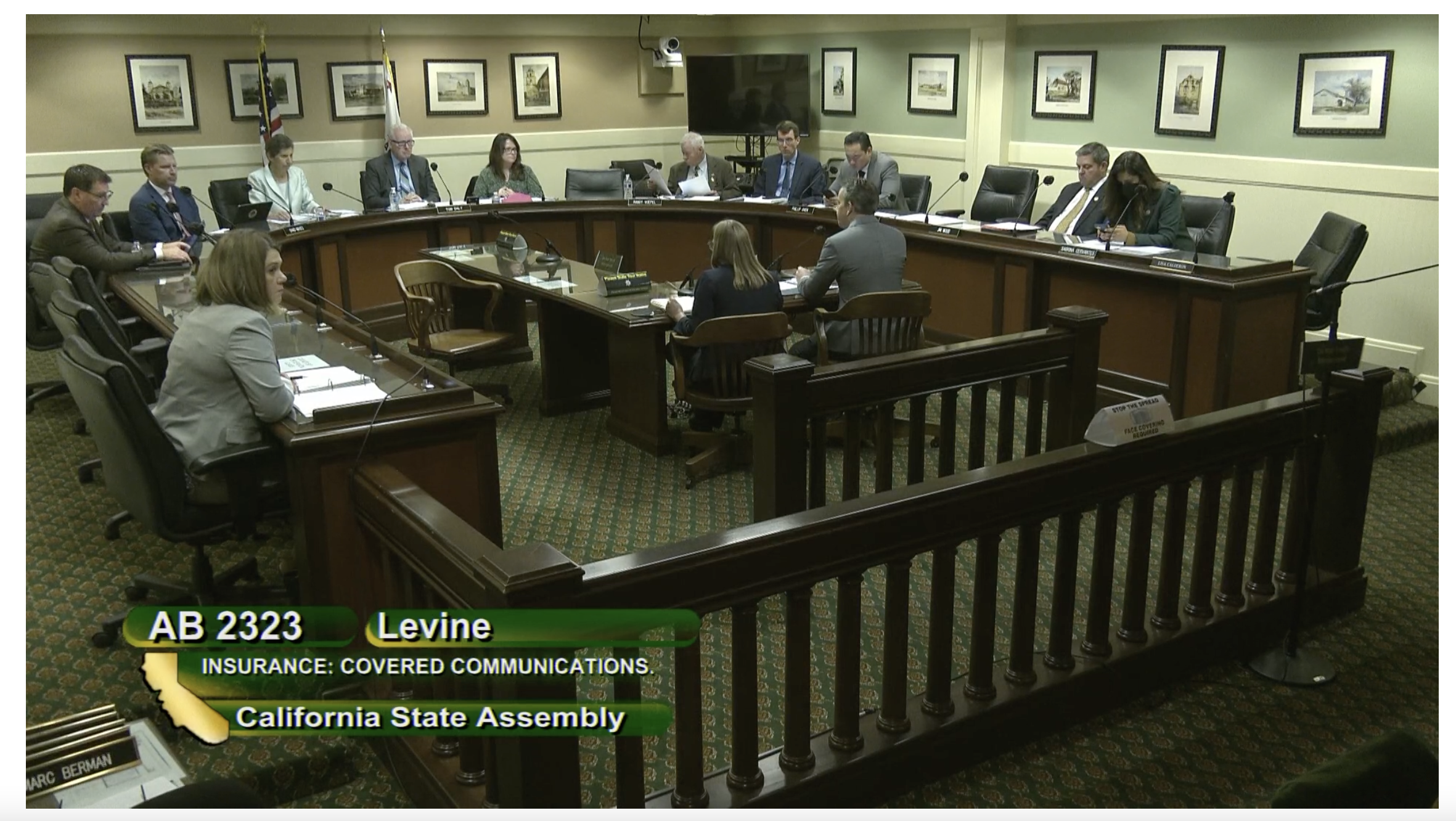 Sacramento, CA – Ethics legislation to shine a light on insurance industry influence over decision-making at the Department of Insurance was killed by the Assembly Insurance Committee today when members refused to give the bill a vote.

AB 2323 (Levine) would have required the Insurance Commissioner and top-level appointees to publicly disclose meetings and communications with the insurance industry and others seeking to influence Department actions within seven days, and post these reports on the Department website quarterly.

The bill was presented in committee today and Assemblymember Wood moved for a vote, but no other committee member seconded the motion. Without a second, the bill did not get a vote.

Insurance companies have made $1.5 million in campaign contributions to members of the Assembly Insurance Committee over the last four years, including $231,000 to Committee Chair Tom Daly.

“It’s anti-democratic and demonstrates the insurance industry’s capture of the Assembly Insurance Committee that members refused to even allow a vote on a transparency bill that would have shone light on industry influence at the Department of Insurance,” said Carmen Balber, executive director of Consumer Watchdog.

Another Department of Insurance ethics bill, AB 1783 (Levine), will be heard in the Assembly Elections committee next week. It would amend the Political Reform Act to require individuals hired to represent companies seeking mergers before the Department register as lobbyists and disclose how much they are paid.

“The public has a right to know who is influencing the Insurance Commissioner’s decisions proactively and should not have to wait until a scandal spurs investigation for such influence to be uncovered,” said Carmen Balber, executive director of Consumer Watchdog, in testimony before the committee today. “Transparency is necessary to restore the public’s confidence in the operations and independence of the Department of Insurance.”

A media investigation in 2019 found that Insurance Commissioner Ricardo Lara took $54,000 in campaign contributions from individuals linked to two insurance companies with matters before the agency. One of them, Applied Underwriters, was being investigated by the Department for overcharging businesses for workers compensation insurance. The Commissioner subsequently intervened in proceedings involving the company, reversing Administrative Law Judge decisions.

Commissioner Lara later admitted that he had met with the President of Applied Underwriters prior to intervening in the proceedings, and, critically, that intervention in the proceedings was discussed, as well as the status of a merger that also required the Commissioner’s approval.

Additionally, throughout the course of a Public Records Act request and ensuing lawsuit that followed the revelations, Consumer Watchdog discovered that other officials at the CDI had undisclosed conversations with representatives of the insurance company, including lobbyists who were secretly promised a $2 million success fee for influencing the merger.

Learn more about the case: https://www.consumerwatchdog.org/insurance/new-evidence-reveals-commissioner-lara-and-top-staff-hid-communications-about-meetings