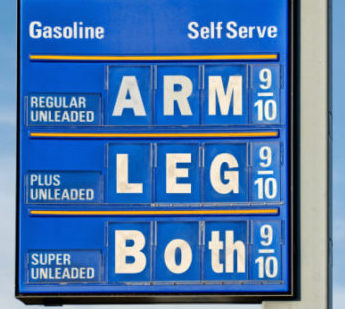 Los Angeles, CA -- Consumer Watchdog said today that a new state report finding that major oil companies are overcharging their own stations in order to gouge California consumers vindicates the analysis that it has made since 2015 and requires new state laws to protect drivers.

The nonprofit nonpartisan consumer group applauded Governor Newsom’s call for an investigation and possible prosecution by the California Attorney General into the problem.

“Newsom is the first governor in modern history to engage the oil industry over the golden state gouge,” said Jamie Court, president of Consumer Watchdog.  “Past governors who have taken oil industry money have ignored the dollar plus per gallon price gap with America. Governor Newsom is taking a first step towards ending the overcharge Californians pay in his call for action from the Attorney General and acknowledgement that the state needs more information from and power over the major oil refiners in order to stop the gouging gap with America.”

Following the 2015 explosion of the Exxon refinery in Torrance, Californians began paying as much as $1.50 more than drivers in the US for their gasoline. Consumer Watchdog first reported to the California Energy Commission that summer that major oil refiners had embarked upon a new tactic of charging their own branded stations, which make up 80% of the market, 30 to 40 cents more for the same gasoline they sold to the small independent sector for 30 to 40 cents less. That allowed for artificial inflation of California gasoline prices over long periods of time.

The energy report can be found here: https://www.energy.ca.gov/sites/default/files/2019-10/Gas_Price_Report_0.pdf

The California Energy Commission report yesterday acknowledged the phenomena as inexplicable. Governor Newsom, who refused oil money in his bid for governor, seized on it to call for anti-trust action from the Attorney General. In its report, the CEC also acknowledged that oil companies refused to provide it with information it would need to make further determinations.

“California’s oil industry has refused to provide critical information to the state for years that would help California determine and deter its price gouging tactics,” said Court. “This report affirms the need for new laws that require greater disclosure from and more oversight of California’s oil refiners.”