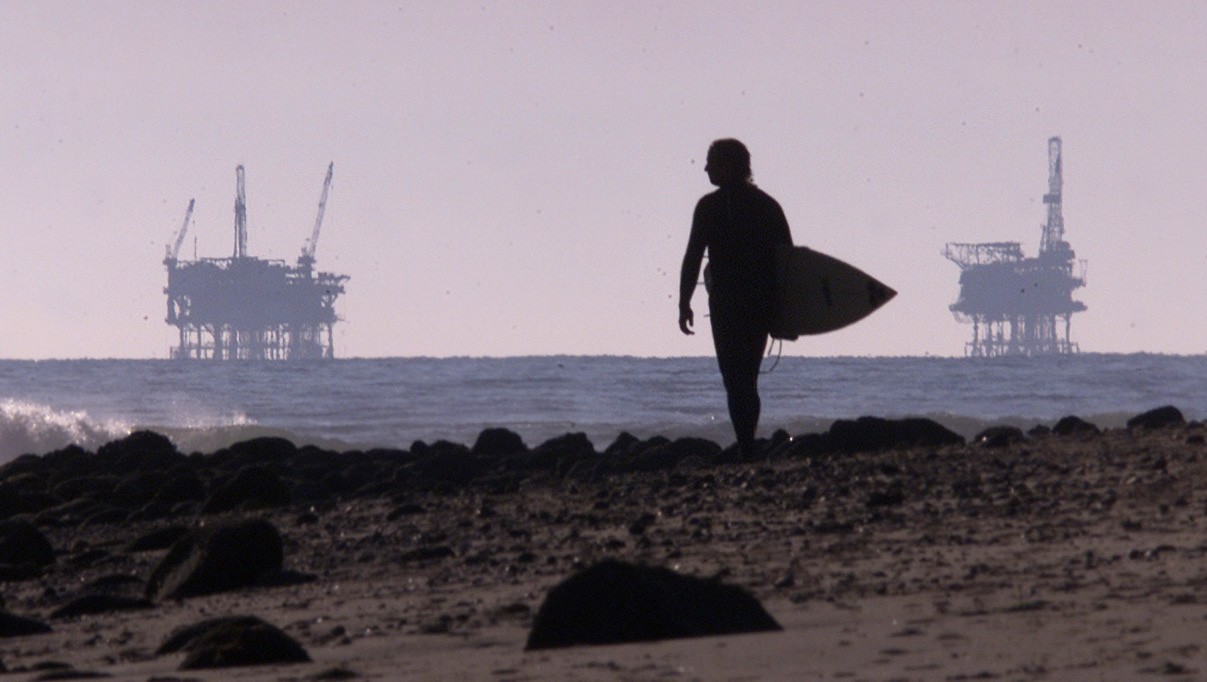 “This current spill makes it clear like never before that there is no such thing as safe proximity to oil drilling,” said consumer advocate Liza Tucker. “Governor Newsom must stop issuing both offshore and onshore permits immediately and set a barrier of 2,500 feet between vulnerable communities and oil operations if his own oil and gas supervisor won’t.”

California blocked offshore oil drilling in state waters up to three miles from shore in 1969 after the devastating Santa Barbara oil spill. But California ultimately allowed new drilling and other work on wells in existing leases to continue. Though advocates urged Jerry Brown to halt this practice, he never did.  Neither has Newsom.

“Governor Newsom has issued 138 permits for wells located offshore,” according to Kyle Ferrar, Western program coordinator for the FracTracker Alliance. “This includes five new drilling permits and 133 permits to perform work on existing offshore wells.  The oil industry often does this work to address the risks of aging oil and gas wells and infrastructure rather than shut these operations down and clean them up—which is what we should be doing.”

According to Ferrar, California oil regulators issued 125 permits to rework wells plus five permits to drill new wells to THUMS Long Beach Co., a subsidiary of California Resources Corporation. Another five permits were issued to the State Lands Commission, likely related to the decommissioning of Platform Holly in waters off Santa Barbara. Three other permits were issued to California Resources Production Corporation to work on wells located on Orange County offshore oil rigs. Two of the wells were located on platform Emmy, and the third on platform Esther. The platforms are located from a mile to a mile and a half from California shores.

At the same time, in 2020, Newsom gave his top oil regulator, Uduak-Joe Ntuk, a deadline of December 31, 2020 to create a setback between oil drilling operations and vulnerable communities. Ntuk had not responded to Newsom’s first request for a setback rule made at the end of 2019.  When Ntuk did not meet the hard 2020 deadline, the Governor did nothing despite months of public comment overwhelmingly in favor of a setback to the California Geologic Energy Management Division (CalGEM) that Uduak heads and a panel CalGEM has at its disposal of chosen independent scientists and health experts.

“Oil & Gas Supervisor Uduak-Joe Ntuk has blown it,” said Tucker. “He is now 278 days late and the fact that no rule has been proposed on a setback and Gov. Newsom has not used his executive authority to mandate one to protect public health is outrageous.”

Frontline communities and environmental advocates are demanding a setback of 2,500 feet between frontline communities and oil drilling operations. Based on peer-reviewed studies, a setback of twice that distance—at least one mile—is warranted to decrease risk of cancer, cardiovascular, pulmonary, and neurological diseases, as well as preterm births, low birth weights, and birth defects.

So far, Newsom has issued more than 9,000 oil drilling permits since he took office at the start of 2019. Roughly ten percent of permits issued are for wells too close to communities. More than two million Californians live within a half mile of a well, while seven million live within a mile.