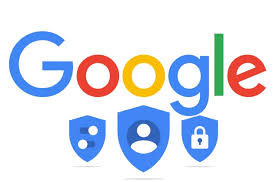 Los Angeles, CA -- Consumer Watchdog today called for the Senate Elections Committee to investigate why a Google search for Prop 24 was, until last night, the only one of 12 ballot initiatives where the result for the nonpartisan Secretary of State reflected the “Con” argument’s negative propaganda.

The Secretary of State withdrew the “snippets” late Thursday that allowed Google’s algorithm to produce the biased search result. Now, the search page, which has become the new unofficial voter content guide, has little information about the official state voter guide for each measure.

“Was Google trying to quietly tip the scale against Prop 24’s online privacy regulations by manipulating its search results to make it appear that the Secretary of State’s Official Position was opposed to the ballot measure?” Consumer Watchdog’s leaders Jamie Court and Carmen Balber wrote to Senate Elections Committee Chair Tom Umberg in a letter calling for hearings.

“Google search has increasingly become the most used source for voters and in the case of Prop 24 it appears to have cooked the result against the privacy measure it most fears.”

“It would be an extraordinary coincidence that the one measure that threatens Google’s business model – forcing it to disclose the logic behind its algorithm and prevent it from using our most sensitive information – is also the only one that includes negative propaganda in the link to a nonpartisan source,” Court and Balber wrote.

A search for Prop 24 at Google served up a link to the official voter guide at the Secretary of State’s website. Most voters would reasonably assume this is a link to unbiased information provided by the government. Instead, the snippet of text Google included with the link was not the title of the measure, or the nonpartisan state summary of the measure, but the “CON” or No on 24 argument:

Prop 24 is the only one of the twelve initiatives on Tuesday’s ballot with a snippet that featured the “No” argument from the voter guide. Every other measure either included the nonpartisan summary of the measure, the "Yes" argument, or no snippet at all.

Here is a link to the screen shots documenting the search results prior to the changes in programming by the Secretary of State’s Office: https://www.consumerwatchdog.org/sites/default/files/2020-10/GoogleSearchResults.pdf

“Search engines should not be allowed to make secret decisions about the information they provide to voters. California voters deserve transparency about the election information they receive,” Consumer Watchdog wrote. “The public deserves a clear answer to the question of why Google’s algorithm is stacked against the one ballot measure that is an existential threat to the company.”