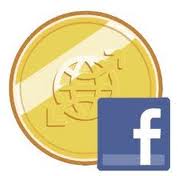 The virtual goods market is expected to produce revenue of $2.1 billion in 2011, up from $1.6 billion the previous year, Consumer Watchdog said. Facebook has 500 million users worldwide, with 30 percent of them in the United States, meaning roughly half of the U.S. population uses Facebook.  The social network controls well over 50% of the market for virtual goods offered in social gaming, Consumer Watchdog said.

New Facebook Credits terms are scheduled to take effect on Friday, July 1, 2011. Under the new contract, imposed as Facebook prepares to go public in 2012, game developers using the Facebook platform must exclusively use Facebook Credits in the operation of their games; must agree not to charge lower prices to consumers outside of Facebook; and must pay a 30% service fee for all Facebook Credits purchases.

The complaint, released today, asks the FTC to issue an injunction that would stop the anticompetitive behavior.  It also asks the FTC to investigate a deal between Facebook and Zynga Inc, the largest game developer in the United States, as a possible “unreasonable restraint on trade.”

Consumer Watchdog warned that Facebook was creating its own online monetary system and would use the same exclusionary tactics from social gaming to control prices and exclude competitors from other markets. Facebook is expected to offer streaming media, music, and potentially real-world, non-digital goods for purchase with Facebook Credits as the applications become more diverse on the social network.

“FTC investigation and enforcement is necessary to prevent Facebook from destroying competition in the market for virtual goods purchased in social games, and eventually in other markets for purchasing goods or services on the Internet, to protect existing businesses from being unfairly boxed out of the market, and to allow new businesses to enter the relevant markets, and ultimately, to protect consumers from higher prices,” the complaint said.

“This isn’t just about fun and games,” said John M. Simpson, Consumer Advocate. “These activities in the virtual world are a big business, worth billions of dollars.  If Facebook is allowed to dictate terms in the online gaming market though anticompetitive tactics, consumers will pay more and innovation will be stifled.”

Under the new terms scheduled to go into effect on Friday, game developers must exclusively use Facebook Credits in their games; must agree not to offer lower prices to consumers outside of Facebook; and must pay a 30% service fee for all Facebook Credits purchases.

The new Facebook Credits terms are a barrier to competition between social game developers, and between potential competitors to Facebook -- social networks or websites operating as a platform for games -- in two ways, Consumer Watchdog said.

First, by prohibiting game developers from offering lower prices to users outside Facebook, Facebook has fixed prices and therefore stifled competition outside Facebook because developers cannot provide the incentive of a discounted price on another social network or website that would draw players away from Facebook.

"Facebook has big plans for Facebook Credits, and its anticompetitive terms have implications beyond the market for virtual goods purchased in social games,” said Laura Antonini, Consumer Watchdog research attorney. “It is imperative that the FTC promptly investigate Facebook's Credits terms with developers before the Facebook Credits program is expanded.”

- Investigate the marketplace for virtual gaming and the use of virtual currency within social gaming platforms;

- Investigate the development of Facebook Credits and its imposition upon developers;

- Enjoin Facebook from requiring social game developers to exclusively utilize Facebook Credits for the purchase of virtual goods within their games;

- Enjoin Facebook from prohibiting any developer or application provider from offering lower prices on their products outside the Facebook platform; and

Consumer Watchdog is a non-partisan public interest organization with offices in Santa Monica, CA and Washington, D.C.  For more information, visit us on the web at www.ConsumerWatchdog.org

Family of Bakersfield Mother of Four Holds Car Wash to Raise Funds for Her Funeral; Discovers Her Doctor Has a History of Arrests and Negligence
END_OF_DOCUMENT_TOKEN_TO_BE_REPLACED