Power Play: How The Governor's Sister Makes A Million Dollars From SEMPRA While His Appointees Let SEMPRA Bilk Ratepayers For Billions 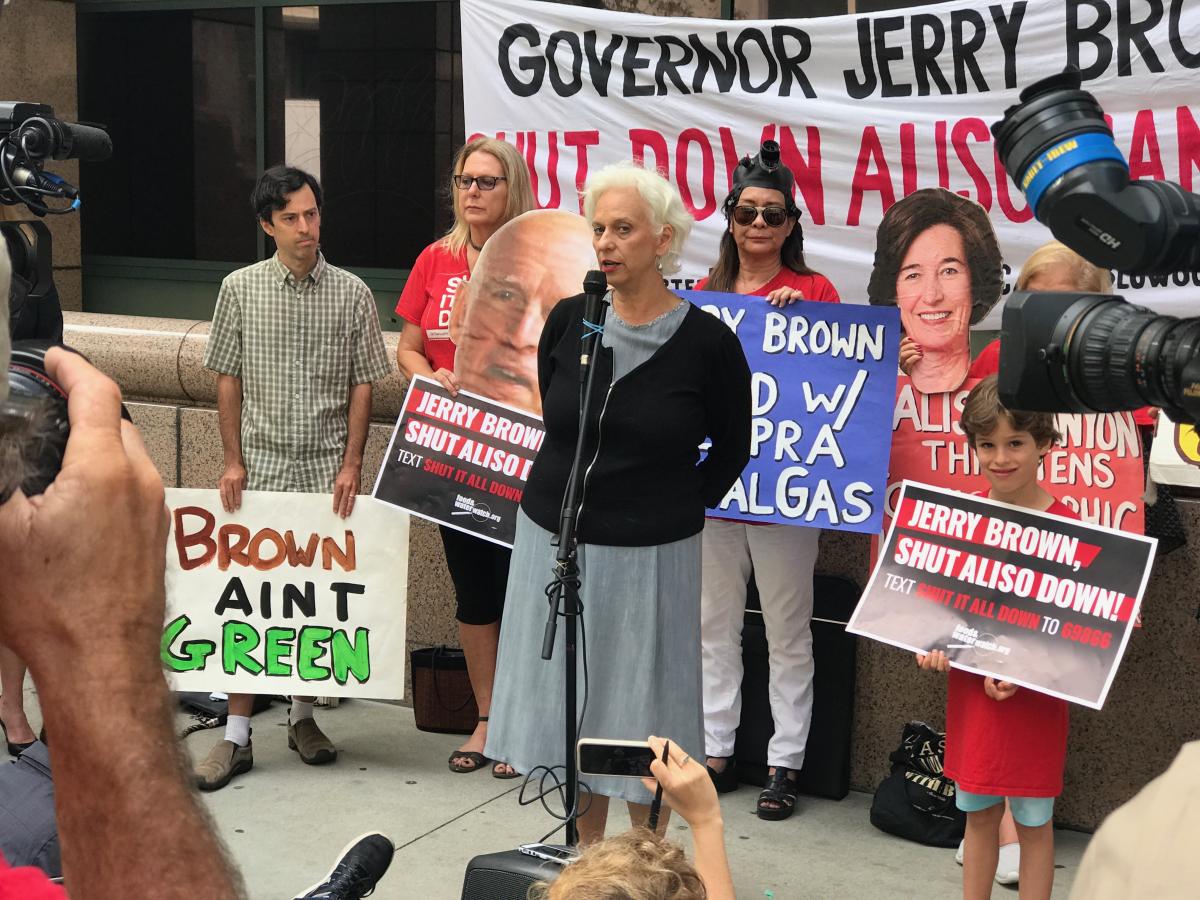 Consumer Watchdog's Liza Tucker released her new report on Gov. Jerry Brown and his sister's relationship with Sempra Energy, entitled, Power Play. Sempra shareholders haveprofited wildly from the favorable decisions taken by Jerry Brown’s appointees since the Governor was elected, and his sister Kathleen Brown, a Sempra board member, has made more than $1 million in cash and stock since joining the board four years ago, Consumer Watchdog said today in a new report. 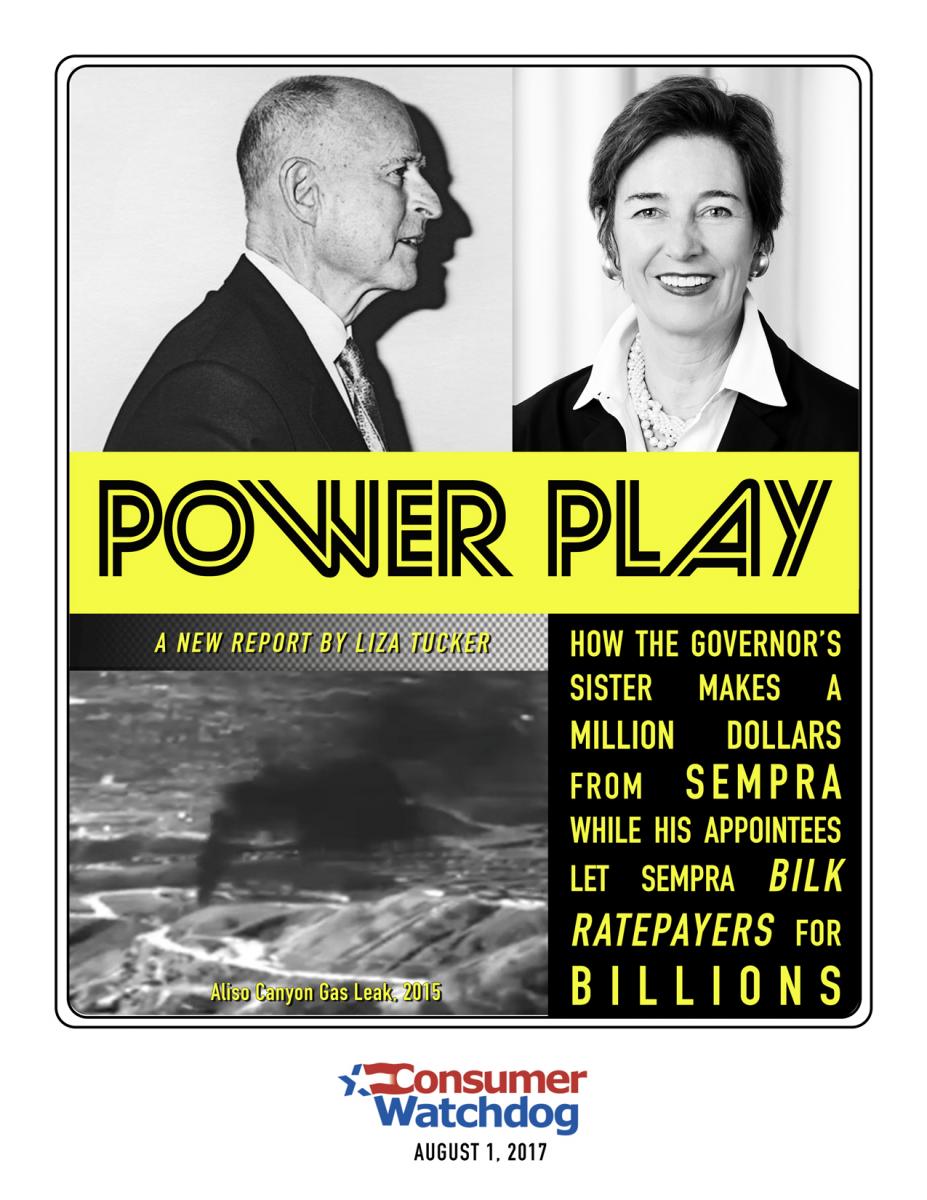 • State regulators greenlighted the re-opening of Aliso Canyon although no seismic study or environmental report has been completed while the cause of the biggest methane well blowout in the U.S. remains unknown. The facility is not needed for energy reliability, but its reopening means that Sempra will be allowed to charge ratepayers $200 million for a new gas compressor station plus field maintenance of tens of millions of dollars while storing gas for commercial customers who play the market for deals.

• Under Brown, state regulators are considering a massive, 47-mile-long $600 million gas pipeline to run from Riverside County to the Mexican border that would enable Sempra to export liquefied natural gas to Asia, but would provide virtually no benefit to its core residential and small commercial customers who would pay $2.1 billion over the life of the pipeline, whether it serves them or not. The project would cross about 15 miles of land zoned for single or multiple family use and the PUC has the right to invoke eminent domain, if necessary.

• Governor Jerry Brown’s regulators have taken decisions and reversed negative decisions to favor Sempra shareholders over its ratepayers. They have approved fossil fuel power purchase contracts that will be paid for by SDG&E ratepayers that are not needed to meet electricity demand, slow the transition away from fossil fuels, and worsen global warming. This extra generating capacity more than doubles the amount needed to meet San Diego’s typical power demand annually.

• Sempra’s ratepayer-financed projects that are of no benefit to them raise questions about the relationship between the company’s fortunes, any future compensation for Kathleen Brown tied to Sempra’s stock price, and the approvals for fossil fuel infrastructure by Governor Brown’s appointees. More than half of Kathleen Brown’s Sempra board compensation is in the form of “phantom” stock that follows the movements of the real stock and pays out any profits. At a designated time, the cash value is distributed. This form of compensation links the financial interests of recipients with the interests of shareholders.