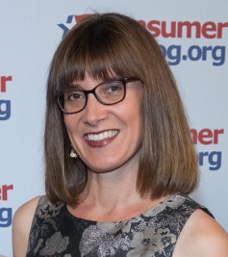 Pam has also served as lead counsel in challenges before the Department of Insurance to auto, homeowners, business and med mal insurance rate hike proposals, resulting in savings to California policyholders of over $3.4 billion.

In May 2010, Pam was named as one of the top women litigators in California by the Daily Journal. At the time, she had served “as litigation director of this small but dogged consumer group for more than a decade” and “gone head-to-head with state regulators for not cracking down on [] autism denials.” (Daily Journal Supplement, May 12, 2010, p. 34.) Her efforts, working together with Consumer Watchdog Litigation Director Jerry Flanagan and co-counsel Strumwasser & Woocher LLP, led to a Los Angeles Superior Court decision declaring that the Department of Managed Health Care (DMHC) illegally adopted rules that delayed and denied decisions regarding coverage for autism treatments and improperly withheld public documents that revealed how they handled consumer complaints, and a Court of Appeal decision ordering the DMHC to stop upholding such illegal denials of coverage for autism treatments.

Pam received her B.A. in Sociology from UCLA and her J.D. from Pepperdine University School of Law. She was admitted to the California State Bar in 1995. Before joining Consumer Watchdog and serving as the organization’s Litigation Director for 15 years, Pam worked as Consumer Attorney for the California Public Interest Research Group (CALPIRG) and as a staff attorney for the Center for Law in the Public Interest (CLIPI).