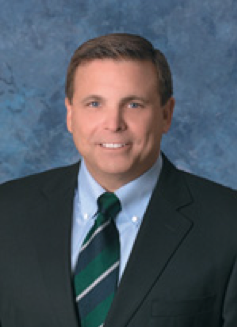 As vice-president and senior counsel for USAA, Mr. Mattoch managed the regulation, legislation, government relations, and political interests of USAA in 10 western states for 12 years. Mr. Mattoch has provided counsel in the administrations of two Republican Governors, three Democratic Speakers of the California Assembly and as chief counsel to the Assembly Insurance Committee, advised members of the Assembly and Senate on issues related to financial institutions, financial services, privacy, tort reform, workers' compensation, unemployment, life, health and all areas of property and casualty insurance. He also managed legislative oversight of the Department of Insurance and the Department of Industrial Relations, the California Earthquake Authority, the State Compensation Insurance Fund and the California Insurance Guarantee Association. Mr. Mattoch also served as Corporations Counsel in the Office of Law & Legislation for the Department of Corporations in the administration of former Governor Pete Wilson. At the department, he was responsible for legal opinions, rulemaking, legislation and special investigative projects relating to all the laws under the jurisdiction of the Commissioner of Corporations, such as, securities brokers and dealers, investment advisers and financial planners, certain fiduciaries and lenders; and, the regulation of Health Care Service Plans (HMO's). In addition to his unique bi-partisan record of government service, Mr. Mattoch was vice-president and chief counsel for the California Hospital and Healthcare Association, where he represented over 450 hospitals and medical groups in California, Washington DC and the California appellate courts; served as associate director of government relations and legislative counsel for the California Medical Association; and, was a marketing representative for the IBM Corporation. As vice-president and counsel for D.C. Navigators, and Partner in the Firm of Norwood & Mattoch, Mr. Mattoch provided legislative advocacy and counsel in California for their national and international corporate clients and participated in a number of political and initiative campaigns.

Mr. Mattoch was appointed by Nevada Governor, Jim Gibbons, to the Nevada Insurance Fraud Task Force; and sits on the Board of Directors of the Nevada Insurance Guarantee Association. Mr. Mattoch currently serves as Vice Chair of the Cal VetFund Board, as well as, a member of the executive board and Chair of the legislative committee for the National Guard Association of California (NGAC). Mr. Mattoch attained the rank of Major, Judge Advocate General (JAG), in the 49th Combat Support Command and 40th Infantry Division of the U.S. Army, California Army National Guard/California State Military Reserve and is the recipient of the United States Army Achievement Medal for service during the global war on terrorism, Medals of Merit, and the Operation Gulf Coast Relief Service Commendation. Mr. Mattoch was a Legislative Fellow at The McGeorge Institute for Government Law and Policy and read for an LLM in Government Law and Policy at the University of the Pacific, McGeorge School of Law; studied at Oxford; received an MBA from the University of Liverpool; attended The Judge Advocate General School and Ranger School of the U.S. Army; played intercollegiate golf and soccer at Saint Mary's College and the University of Arizona; is a former private pilot; and, lives in the Sacramento area with his children Morgan, Haley and Ethan.

On World AIDS Day, an HIV+ Man Sues Doctor and Medical Group for Discrimination After Refusing to Provide Treatment
END_OF_DOCUMENT_TOKEN_TO_BE_REPLACED