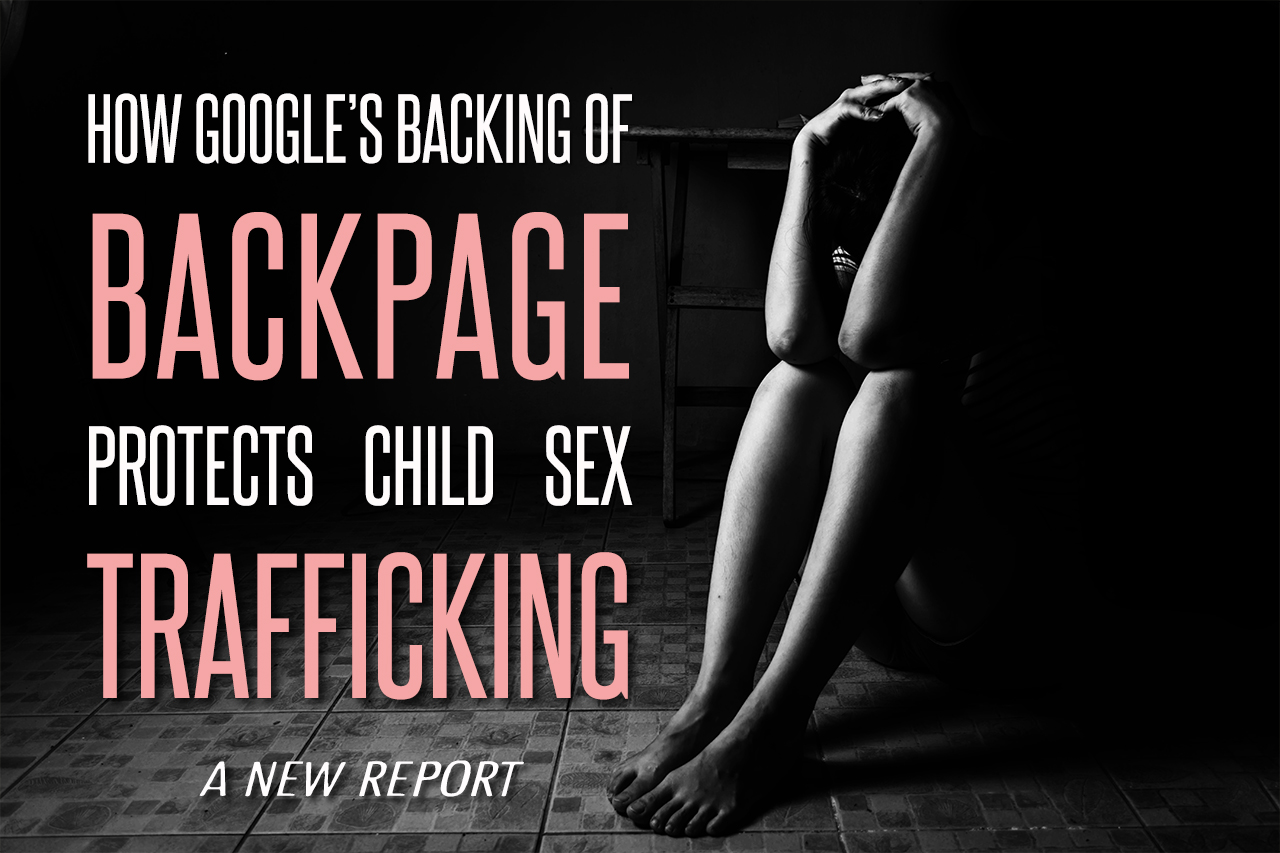 Details of Backpage’s victims have filled multiple lawsuits, legal actions and government investigations: A 13-year-old girl in Miami whose pimp tattooed his name on her eyelids; a 15-year-old in Seattle who was sold for sex more than 150 times. A new documentary film, I Am Jane Doe, chronicles the struggles of child sex victims to hold Backpage responsible for its role in the abuse they suffered.2

Despite widespread revulsion at its business model, however, Backpage has managed to elude a series of legal challenges and beat back legislative efforts to stop it from advertising children for sex. In its successful efforts, Backpage has benefitted from the help of an all-star cast of lawyers and legal scholars, as well as significant political and lobbying muscle that it could not assemble itself.

The common factor behind nearly all those forces: Alphabet Inc.’s Internet giant, Google.