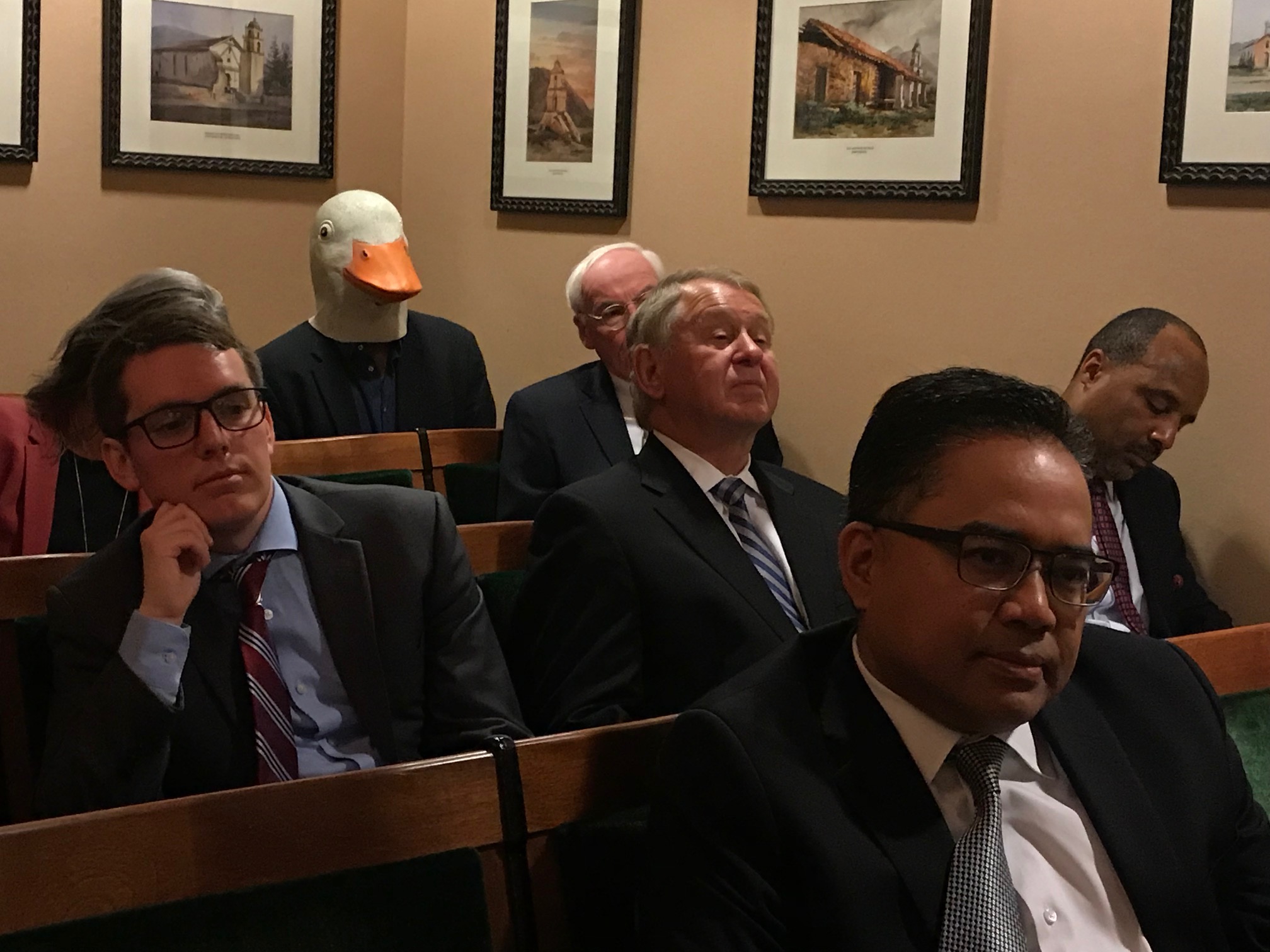 A dangerous bill that would have assaulted Californians’ privacy rights has been held this session. Assembly member Tom Daly’s AB 981 would have created exemptions for the insurance and financial industries from California’s Consumer Privacy Act.

Consumer Watchdog hit home the message with a troupe of mimes dressed as insurance company mascots tracked lawmakers and lobbyists outside the hearing room to dramatize how the bill would allow insurers to violate their policyholders' privacy.

The California Consumer Privacy Act takes effect in January and empowers consumers to prevent their personal information from being sold to other companies, gives consumers the right to see and delete the data companies collect about them, and allows consumers to sue reckless companies for data breaches.

The bill has been made a two-year bill and could return in the 2020 legislative session.

In a formal opposition letter to AB 981, Consumer Watchdog counsel Michael Mattoch noted that: “In a deception of Orwellian proportions, this measure, billed as the Insurance Information Privacy Act, is simply a get out of jail free card to the entire insurance and financial services industry. Where the CCPA makes clear what any business must do to protect consumers, pre-existing law states what insurance and financial services businesses may do.”

The opposition letter can be read HERE.

While the bill was amended in the Assembly, Consumer Watchdog remains in opposition to any bill that undermines the privacy of Californians.

Stay tuned for updates on the biggest legislative threat to our privacy: Assembly member Ken Cooley’s AB 1416, which creates massive loopholes for businesses to violate your privacy.