Will public access to the coast be the rule or the exception? 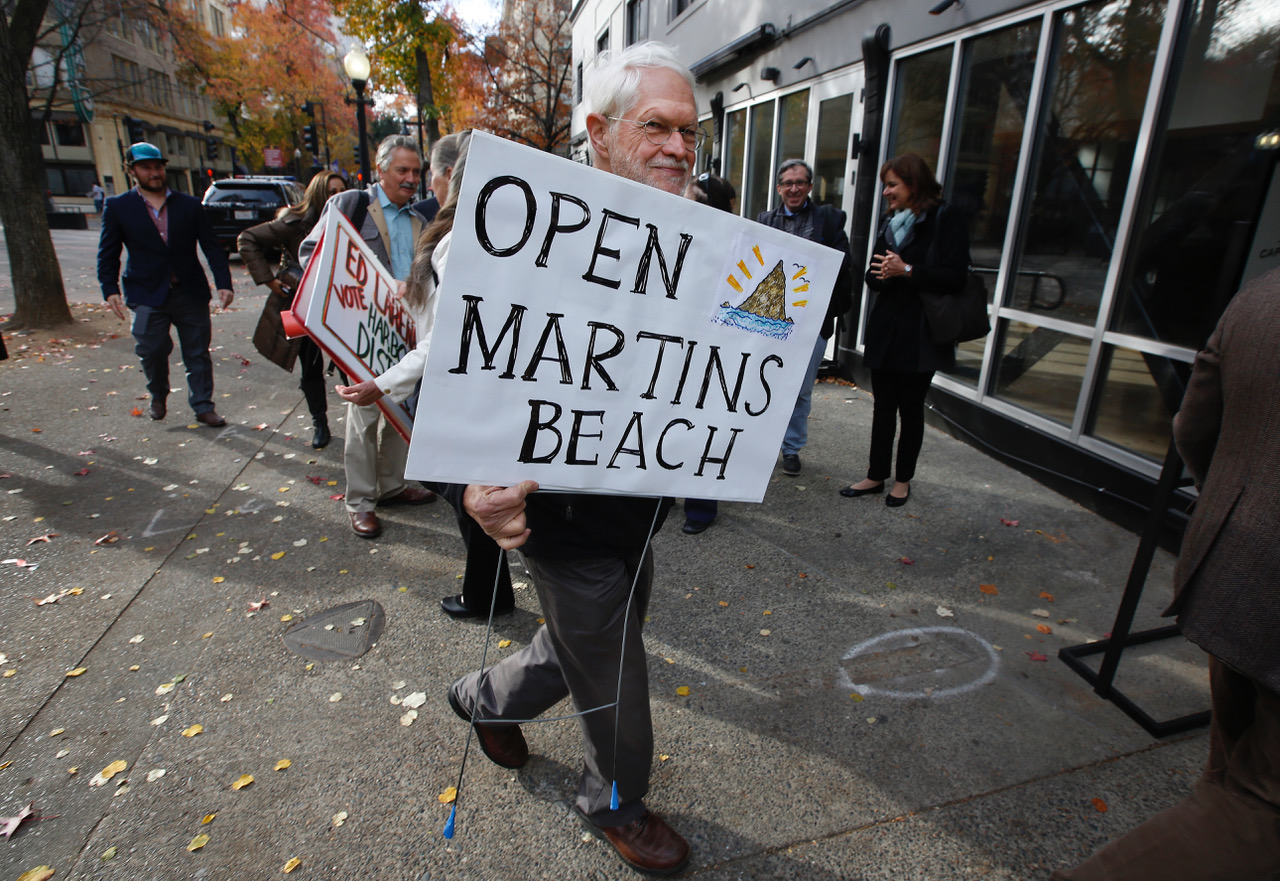 When we celebrate the Rage for Justice, it’s cases like Martins beach that inspire me.

A high-tech billionaire closes down public access to a beach and is sued to open it up. He refuses to comply with regulators or the courts in order to keep open an access road to a public beach that belongs to all Californians and, in particular, the surfers that have been going there for generations. Finally, facing a federal court order, he relents.

Looking at an $11,000 per day state fine, the founder of Sun Microsystems Vinod Khosla finally unchained the gate at the historic Northern California beach and let the surfers in this week.

Cotchett has doggedly defended open and historic spaces in California.

When Arnold Schwarzenegger wanted to sell off state buildings, including the Supreme Court,  Cotchett's lawsuit stopped him. When the greedy Handlery family landlords evicted historic Union Square watering hole Lefty O'Douls and tried to steal the bar's memorabilia, Joe sprung into action and stopped the theft.

The victory in Martins beach is temporary. Khosla is appealing the latest court loss at Cotchett's hands to the Supreme Court of the United States of America.  He's only unlocked the gates during daylight hours and surfers and local beach goers are demanding fuller access.

If Trump's SCOTUS sides with Khosla, Martins Beach will become the new Maralago for billionaire businessmen in the West, undermining the California Coastal Protection Act that has been a beacon and a model for open space and open beach.

It's ironic that Khosla is pushing the envelope so that SCOTUS might turn back public access protection. He was allegedly a Democrat who is now seeking refuge for his beachfront estate with the new Trump SCOTUS majority.

How the court rules will say everything about what America has become.  Is it a billionaire's private beachfront estate or common ground we all can walk and play on?  Will public access to the coast be the rule or the exception? Stay tuned....