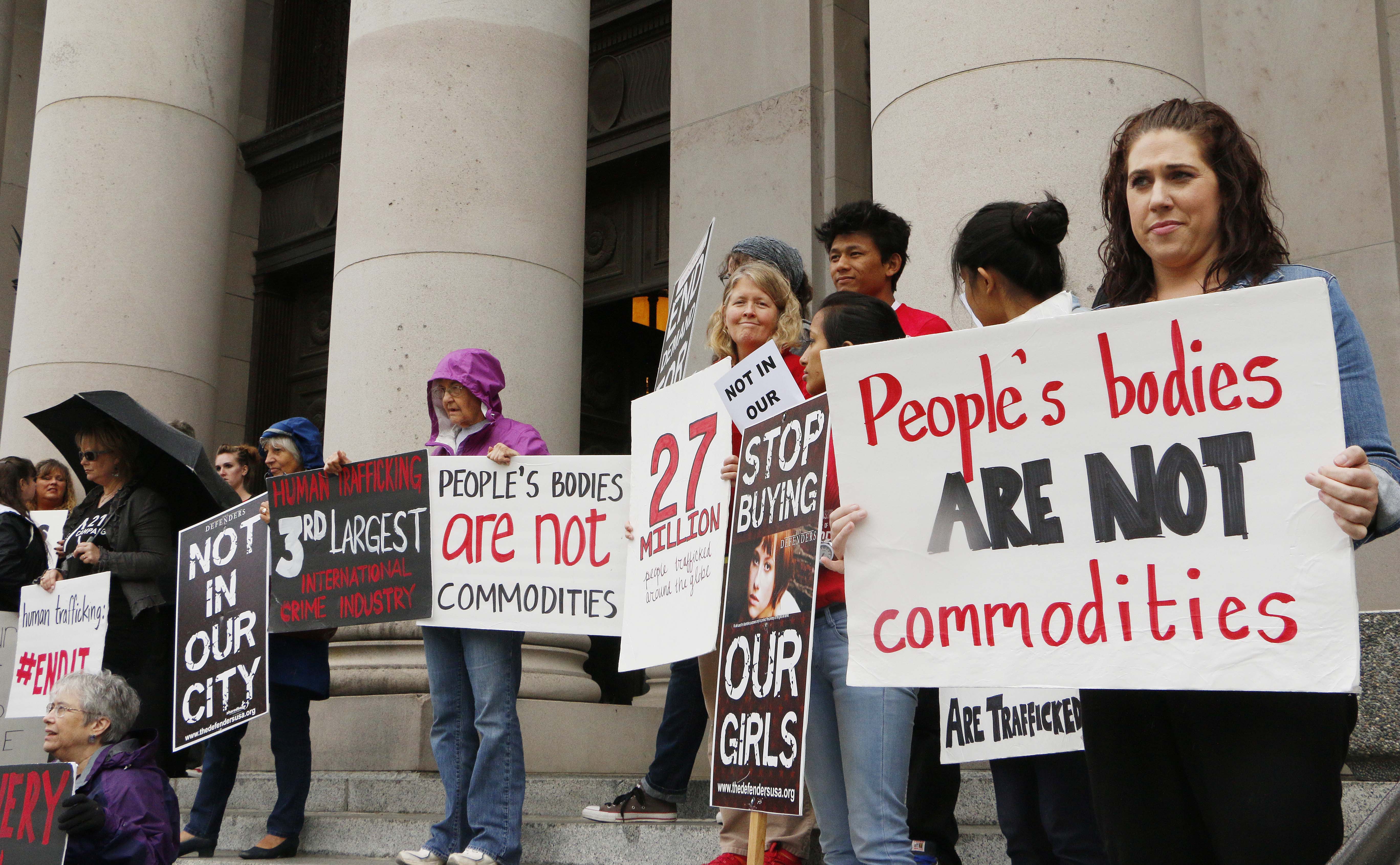 One victim of sex trafficking began her ordeal when she was 15.  She was sold through website Backpage.com for sex to men across Massachusetts, New York, Connecticut, New Hampshire, and Maine. She was raped over 600 times over the course of four months.

Now the Senate is finally poised to enact bipartisan legislation that would enable victims to hold rouge websites like Backpage accountable for their abuses. There is no excuse; Majority Leader Mitch McConnell should immediately bring S. 1693 the Stop Enabling Sex Traffickers Act of 2017 (SESTA), which is endorsed by 65 Senators, to the floor for a vote.

A film, “I Am Jane Doe,” documents the struggle of Backpage’s victims to hold the website accountable. A U.S. Senate Permanent Subcommittee on Investigations staff report shows that Backpage.com aids and abets under-age sex traffickers.

The victims took their cases to court, but the court ruled the cynical, exploitative website is shielded by a key Internet law, which until late last year was staunchly defended by the tech industry.

The current interpretation of the Internet law, Section 230 of the Communications Decency Act, enables rogue websites like Backpage.com to use it as a shield. This interpretation, pushed by the tech industry, keeps child sex trafficking alive and allows websites like Backpage to avoid accountability to victims and their families.  The bipartisan SESTA fixes that, clarifying the law’s intent, and enabling these exploitative websites to be held accountable.

Sec. 230 provides that a website can’t be held liable for actions by third parties.  Court decisions have expanded the Sec. 230 protection to shield the likes of Backpage. While abusive websites that facilitate sex-trafficking hide behind the cloak of CDA Sec. 230, too many in the tech industry blindly and reflexively claim that needed amendments would undermine Internet freedom. Big Tech giants like Google, Facebook, Twitter and Amazon, more concerned about their bottom lines than the greater good, fought any attempt to even tweak Sec. 230. At the end of last summer, however, they finally changed their tune and dropped their opposition.  Sixty-five senators are now on board.

SESTA as now written would amend CDA Section 230 so it still promotes and protects free expression on the Internet, but the bills’ narrow amendments go after criminal activity, not content.

Internet freedom must not come at the expense of children who are sex trafficked. Just as the First Amendment does not allow you to shout “fire” in a crowded movie house, or to assist hit men and drug dealers in their criminal activity, CDA Section 230 must not be allowed to protect a criminal business that is built on sex trafficking.

This exploitation and abuse must stop.  Passing SESTA offers the necessary protections.

The bipartisan efforts to amend and clarify Section 230 of the Communications Decency Act will ensure that websites that knowingly or recklessly facilitate online sex trafficking can be held liable so that victims can get justice.

We’ve just gone through a three-day government shutdown. Senators need to get back to work and should focus on areas where there is already agreement.  Sixty-five senators support SESTA. Sen. McConnell should bring it to the floor for a vote now.