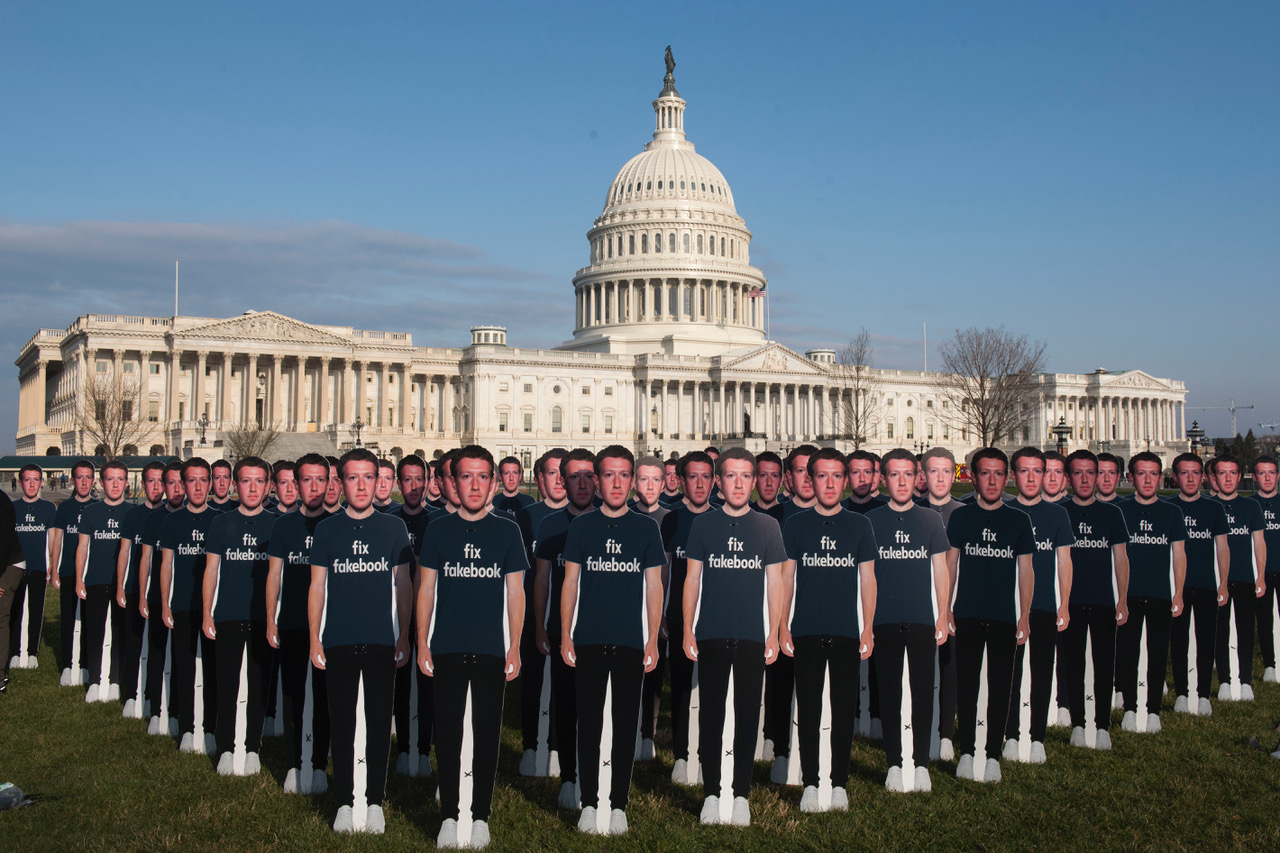 Much of the criticism of Mark Zuckerberg's testimony in Congress from the public and the media alike was leveled at members of Congress for asking supposedly stupid questions rather than at Mark Zuckerberg for his disingenuous responses. "Congress doesn't understand Facebook," claimed Dylan Byers of CNN. NBC News Anchor Tom Brokaw stated, "most senators think the digital age means you can still count with your fingers." Robby Soave of the Daily Beast tweeted: "Mark Zuckerberg is now living out every young person's nightmare: trying to explain how tech stuff works to the nation's elderly."

The public was clearly so distracted by what they took to be Congress' lack of knowledge about how the Internet works, they let Mark Zuckerberg off the hook. He walked away from the marathon hearings $3 billion richer at the end of that trading day (Forbes).

But could the public be misreading what actually happened at the hearing? And does the American public's misreading of Zuckerberg's hearing prove our collective inability to see the real problem with Facebook?

In the many articles and tweets covering the hearing, one of the most oft-cited examples of what the public took to be the Senators' inability to understand "how Facebook works" was Republican Senator Orrin G. Hatch’s series of questions posed to Mark Zuckerberg.

"In perhaps the most glaring example, Sen. Orrin G. Hatch (R-Utah) asked Zuckerberg, 'How do you sustain a business model in which users don't pay for your service?' Zuckerberg paused for a moment, seemingly surprised by the basic nature of the question, and said, 'Senator, we run ads."

Here, Borchers misreads Hatch to be asking an ignorant question about how Facebook makes money.

Senator Hatch asked Zuckerberg this question not out of ignorance but because he knows that "running ads" is a false account of Zuckerberg's business model. Hatch knows that Zuckerberg's business model is something more than "just running ads," and his questions proved that. His final question was meant to illicit a response that got to the heart of the problem of Facebook---that Facebook's very business model is built on a deceptive exchange where two billion consumers are blithely unaware of the fact that Facebook is doing something more than just selling ads.

Senator Hatch's preamble to the question clearly reveals his intention in asking Zuckerberg about his business model:

"Some have professed themselves shocked...that companies like Facebook and Google share user data with advertisers...Did any of these individuals ever stop and ask themselves why Facebook and Google don't charge for access? Nothing in life is free, everything involves trade- offs. If you want something without having to pay money for it, you're going to have to pay for it in some other way it seems to me.

These great websites that don't charge for access, they extract value in some other way. And there's nothing wrong with that as long as they're up front about what they're doing."

Hatch’s logic is: if Facebook is up front about what they are doing, and users are aware of the economic exchange taking place, then Facebook is entitled to do what it does. Therefore, Facebook should plainly state what it’s true business model is: the mining of personal data to build valuable, hyper-specific psychographic individual profiles for targeted advertising.

If Zuckerberg had responded honestly to the question, then Senator Hatch's question would have done its job. But Zuckerberg didn't have to answer honestly, simply because he relied on the American public to believe the lie he's been telling us for years: that Facebook sells ads, just like the radio.

Radio listeners suffer ads in exchange for content they want.

But that's not how Facebook works. On Facebook, we are giving up a lot more than just time and attention. We are giving up intimate personal information that allows Facebook to make many more billions of dollars off of us than they otherwise could.

Facebook's business model relies on tracking two billion people---their thoughts, ideas, actions, feelings, etc.----and using this data to charge advertisers more money to target their ads at consumers. That would have been the honest response to Senator Hatch's question.

"There's nothing wrong with that as long as they're up front about what they're doing," Hatch said in his preamble to his question. But Zuckerberg wasn't up front. He lied to us by only claiming to be selling ads to a general audience. And he can only continue to lie to us because the majority of people can't see Senator Hatch's reasons in asking the question that he did.

The heart of the problem is in what Zuckerberg didn't say in response to Hatch's question about Zuckerberg's business model.

Consumers don't know what or how much they are giving up when they use Facebook.  Zuckerberg's inability to explain the terms of the exchange reveals the extent of the problem. Facebook is worth almost $480 billion. Facebook makes this money by extracting the raw material of personal data from users to target advertising. Users are unaware of the fact that what they are exchanging in terms of raw material is so much more valuable than the free access they get to Facebook.

Two billion individual users' raw materials generate $480 billion dollars. Is that a fair exchange? How can we know the answer to this question when the person orchestrating the extraction of this data won’t even honestly tell us what personal information we have implicitly "consented" to give him?

We will never start asking the right questions—as Orin Hatch did—if the vast majority of the public can’t see they are being played.