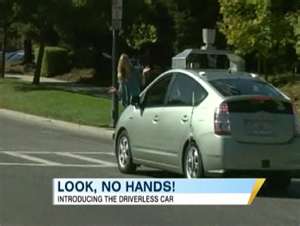 The bill, passed on a voice vote, under rules to expedite consideration, was being touted in some quarters as an example of new-found Congressional bipartisanship.

The autonomous vehicle bill, called the SELF-DRIVE Act, would leave a wild west without adequate safety protections for consumers, Consumer Watchdog said. The bill pre-empts any state safety standards, but there are none at the national level.

“Pre-empting the states’ ability to fill the void left by federal inaction leaves us at the mercy of manufacturers as they use our public highways as their private laboratories however they wish with no safety protections at all,” said Simpson.

"The National Highway Traffic Safety Administration needs do its job and Congress should give the agency the money to do it,” said Simpson. “The sad reality is that President Trump hasn’t even bothered to nominate a NHTSA administrator.”

The Department of Transportation has completely ignored a committee, the Advisory Committee on Automation in Transportation (ACAT) created by the Obama Administration to offer advice on autonomous vehicle policy. It has not met since Trump took office.

Self-driving car developers claim to worry about a so-called state-by-state patchwork of conflicting safety regulations, that they claim would hamper innovation.

Consumer Watchdog’s has released an in-depth study, “Self-Driving Vehicles: The Threat to Consumers.”