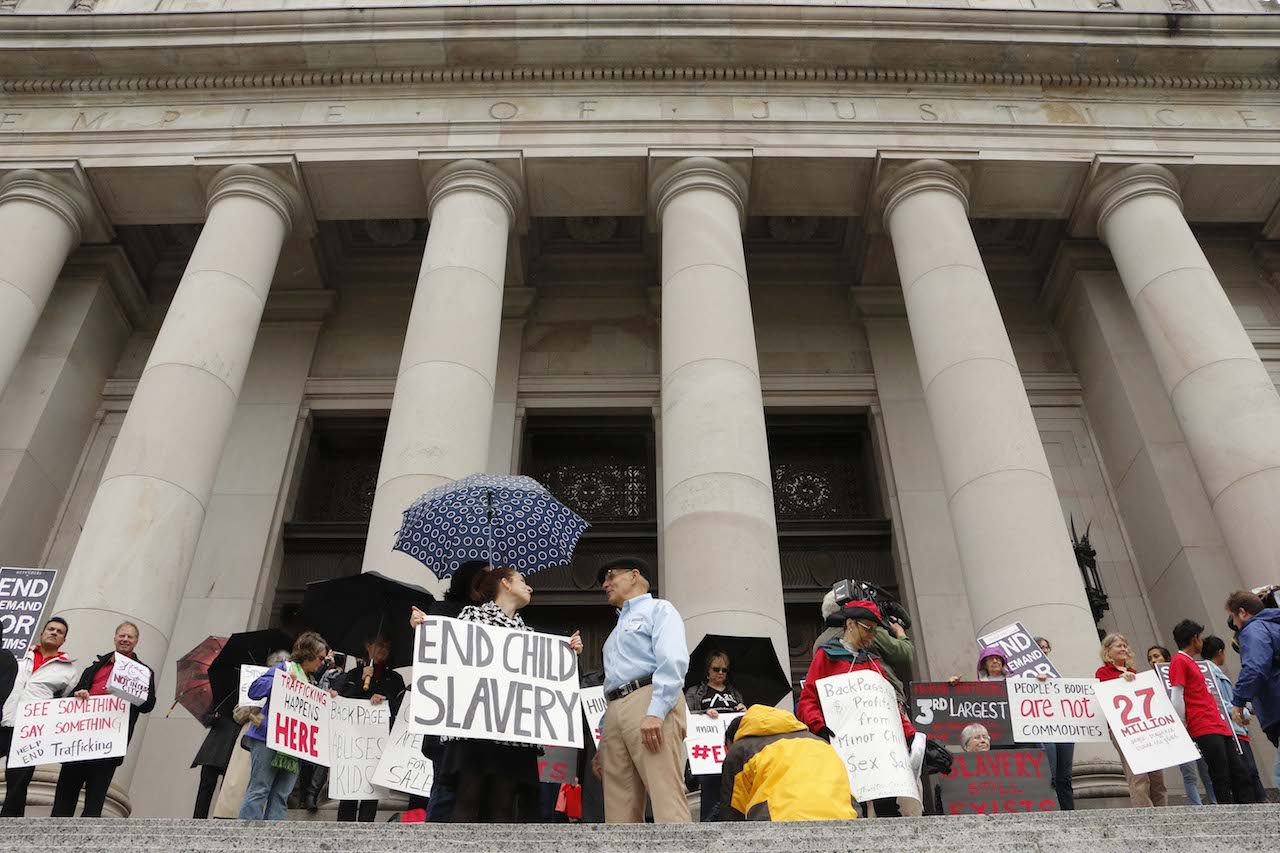 “As a global multi-media company that provides consumers the world over with groundbreaking news, sports and entertainment programming, we have a vested interest in a strong and vibrant internet ecosystem that promotes free speech and the equal exchange of ideas. At the same time, we believe that everyone that does business in this medium has a civic responsibility to help stem illicit and illegal activity. While it is impossible to formulate laws to govern every possible situation, your legislation is a rational and measured effort to deal with a tragic and pernicious problem that is global in scope.”

“It is unfortunate and alarming that critics of your bill would resort to hyperbole and scare tactics, arguing that passage of the Stop Enabling Sex Traffickers Act will signal the demise of free speech and innovation on the internet. Thankfully, those critics, influential as they may be, do not speak for the entire internet community,” Smith wrote.

Smith noted that while his company could benefit from Sec. 230 of the Communications Decency Act in its current form, “we are confident the narrow and tailored legislation that you have proposed will appropriately target bad actors participating in this illegal activity and immediately serve to protect the most vulnerable among us from predatory sex traffickers. “

“It’s refreshing to see companies like 21st Century Fox, Oracle and CoStar Group stepping forward and actually acting in the public interest,” said John M. Simpson, Consumer Watchdog’s Privacy Project Director. “They recognize the problem and are doing something, while the rest of the tech industry is acting only in what it perceives to be its self-interest and greedily protecting profits no matter the harm. It’s time for Google, Facebook, Amazon, Yelp! and Twitter executives to get out of their pampered Silicon Valley bubble and act responsibly.”

The bipartisan Senate bill, the Stop Enabling Sex Traffickers Act of 2017 (SESTA) was introduced by Sen. Rob Portman (R-OH). Its 27 cosponsors include Sen. Richard Blumenthal (D-CT), Sen. John McCain (R-AZ) and Sen. Claire McCaskill (D-MO). The House bill, Rep. Ann Wagner’s H.R. 1865, the Allow States and Victims to Fight Online Sex Trafficking Act of 2017, has 111 co-sponsors Both would amend Section 230 of the Communications Decency Act, the section of the law that provides a website can’t be held liable for what’s posted on its site by third parties.

Tech companies and other defenders of Section 230 of the Communications Decency Act claim it promotes and protects free expression on the Internet, but a U.S. Senate Permanent Subcommittee on Investigations staff report shows that sites like Backpage, aid and abet under-age sex traffickers using the blanket protection of the Act. By one count 73% of child trafficking reports in the United States involve Backpage.

Google has led the Tech industry’s drive to block amending CDA Sec. 230. Virtually all of the groups voicing opposition to amending Sec. 230 after S. 1693 was introduced have received funding from Google. Groups include the Internet Association, the Electronic Frontier Foundation, the Center for Democracy and Technology, and the Computer and Communications Industry Association, the R Street Institute, and the Software and Information Industry Association.

Cost to Californians $10 Trillion by 2045 From Oil And Gas, Consumer Watchdog Reveals in New Report
END_OF_DOCUMENT_TOKEN_TO_BE_REPLACED