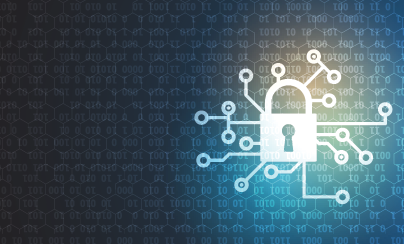 LOS ANGELES, CA -- Consumer Watchdog today joined the Campaign for a Commercial-Free Childhood and the Center for Digital Democracy and 19 other consumer and health advocacy groups in calling on the Federal Trade Commission to hold app makers accountable for unfair and deceptive practices, including falsely marketing apps that require in-app purchases as "free" and manipulating children to watch ads and make purchases.

The call for action by the FTC came as a major new study detailing a host of concerning practices in apps targeted at young children was published.  The study, "Advertising in Young Children's Apps," was led by researchers at University of Michigan C.S. Mott Children's Hospital, and examined the type and content of advertising in 135 children's apps.

The groups' complaint to FTC charged that these practices are deceptive to kids and parents alike. Read the FTC complaint here.

"With young children now using mobile devices on an average of one hour a day, it's important to understand how this type of commercial exposure may impact children's health and wellbeing," said Jenny Radesky, M.D., a developmental behavioral expert and pediatrician at Mott Children's Hospital and a senior author of the new report. "Our findings show that the early childhood app market is a wild west, with a lot of apps appearing more focused on making money than the child's play experience. This has important implications for advertising regulation, the ethics of child app design, as well as how parents discern which children's apps are worth downloading."

"This groundbreaking study demonstrates that popular apps for preschoolers are rife with marketing that takes unfair advantage of children's developmental vulnerabilities," said CCFC's Executive Director Josh Golin. "Disguising ads as part of game play and using cartoon characters to manipulate children into making in-app purchases is not only unethical, but illegal. We urge the FTC to take swift and decisive action to hold app developers accountable for their unfair and deceptive marketing."

"This study provides compelling evidence the children's app industry is failing the needs of children and parents," said Kathryn C. Montgomery, Ph.D., Professor Emerita at American University and Research Director of the Center for Digital Democracy. "The research adds to a growing body of scholarship documenting unethical and illegal practices in the children's app marketplace. The FTC should act swiftly to hold app developers accountable."

"Apparently unethical app developers are more interested in money than anything else," said John M. Simpson, Consumer Watchdog's Privacy and Technology Project director. "The FTC needs to hold them accountable and stop this unconscionable exploitation of young children."

The letter to the FTC was drafted by the Campaign for a Commercial-Free Childhood (CCFC) and the Center for Digital Democracy (CDD), with assistance from the Communications & Technology Law Clinic in the Institute for Public Representation ("IPR") at Georgetown University Law Center.