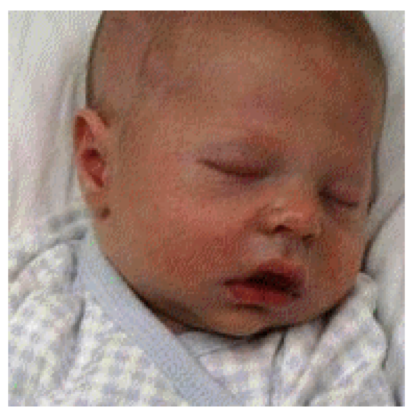 Doctors expected a smooth delivery of Zachary Diecker.  But a series of medical errors driven by negligence, lack of oversight, and incompetence would end his life before he even left the hospital.

During labor, Zachary’s mother experienced complication after complication exacerbated by the staff’s mismanagement.  She had planned a natural birth at a hospital aided by a midwife.  The midwife was an hour late and, half way through labor, altered the plan for a natural birth.  Zachary’s mother wasn’t dilated enough so the midwife manually broke her membrane, lacerating baby Zachary’s head.  After that ordeal, the midwife left the laboring mother alone with the nurse.

Two hours into labor, Zachary was in distress. He was losing oxygen fast and hospital staff suggested that they attempt a vacuum delivery or C-section.  However, the doctor informed Zachary’s mother that, because of the laceration on his head, the vacuum delivery was not possible and a C section was not appropriate despite the fact that Zachary was asphyxiated.

After four hours of constant pushing, Zachary was finally born but the prolonged lack of oxygen left him limp and colorless.  From there, things progressively got worse.  The pediatrician on call refused to come in for a check up and there were no others on staff.  While Zachary’s distressed parents waited over an hour for another pediatrician to arrive, there was no one to care for the ailing baby Zachary.  If emergency measures had been taken at that time, medical staff could have slowed Zachary's unchecked and worsening brain damage.  Eventually, he was taken to a sister hospital for testing.

Doctor after doctor took tests for a variety of illnesses except for asphyxiation.  Prompted by the laceration on Zachary's head, one doctor even tested the baby for herpes.  Zachary soon started to experience seizures and doctors responded by giving him adult doses of medication.

By the end of the day, Zachary was dead.

A long chain of gross negligence turned what was supposed to be a simple birth into a nightmare.  The negligence of doctors, midwives, and nurses at all steps of the process was directly responsible for Zachary’s death.  Because of California's cap on compensation for noneconomic damages, there would be no justice for the death of baby Zachary.  The most his family could be awarded was $250,000 and, because of the complexity of the case, no lawyer would take it on.  As a result, no one was held responsible and nothing was done to ensure this would not happen to parents in the future.