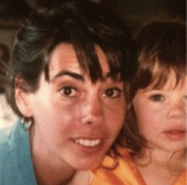 After talking to a neurosurgeon about her history of migraine headaches, Robyn Frankel was told to undergo an invasive cerebral angiogram. This would require the injection of contrast dye into a vein in an attempt to uncover the cause of her headaches.  When the dye was injected, Robyn immediately suffered a stroke and went into a coma.

She regained consciousness six weeks later, but was unable to speak or move for months.  Robyn was unable to use her right side and has only limited use of her left side, requiring around-the-clock care.  She was unable to return to her career or participate in the activities of her two young children.  Robyn had not been told that the procedure was invasive, nor was she informed of the potential risks.  What's more, the procedure would not have found anything that had not already been revealed by the non-invasive procedures Robyn had already gone through.

After hearing evidence presented by both sides, a jury awarded Robyn $6 million for her suffering and for the loss of her quality or life, but under California's one-size-fits-all cap that makes no allowance for the degree of harm, that amount was reduced to just $250,000.

Sadly, Robyn passed away in late 2013 from the injuries she suffered because of medical negligence.