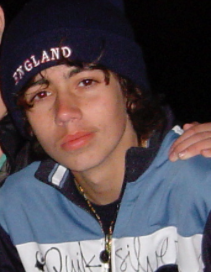 Quin Murphy, 16, was a soccer fanatic with a family who supported him, coached him, and even went on trips with him to watch his favorite teams. In 2010, all of that ended. Quin and his family fell into a four-month tragedy of medical bumbling that caused Quin intractable pain and ultimately killed him.

Dozens of emergency room visits, doctor visits, and hospitalization only led to more suffering. No doctor or hospital at his HMO, Kaiser, was held to account for a gruesome failure to diagnose Quin’s intestinal malformation.

As the boy’s abdominal pain increased along with an inability to have a proper bowel movement or even urinate, doctors at the HMO brushed off his parents’ frantic pleas for the help of specialists. As he lost 20 pounds from his already slim body, some of the doctors accused the teen of malingering, psychosomatic pain, or drug abuse.

The HMO doctors gave the boy suppositories, antibiotics and an unnecessary appendectomy. Then they blamed his surge in pain on normal post-surgical discomfort.

On the day before he died, a doctor was called to his hospital bed after Quin lost consciousness. He suggested the boy was “exaggerating” his pain. Hours later, doctors were calling a Code Blue, administering unsuccessful CPR.

A coroner’s autopsy found that Quin suffered from intussusception, the telescoping of one section of bowel into another. While highly correctable, it is often fatal if untreated as the blockage necrotizes, or rots, the bowel.

Quin’s father, Brian, sought legal help after Quin’s death and one firm agreed to look at the case, but was ultimately unable to get around the state’s outdated restrictions on malpractice awards and lost interest in the case.