Skip to main content
The Fairness for Injured Patients Act

It was the kind of accident that could happen to any child at anytime.

Like many two year olds, Steven Olsen loved climbing, running and playing. Steven was also a quick thinker like his dad, Scott, who developed software for automotive repair. His parents called Steven “wild thing” because he was very active, playful and imaginative.  For his second birthday, they gave him a child’s workbench where he could play at fixing things.

Two weeks later, on February 29, 1992, the family drove up to the mountains to visit his grandmother’s cabin. After the long ride, Steven needed to burn off some energy, so his mom, Kathy, took him and his sister out for a stroll on the little path around the cabin. During the walk, Steven tripped and fell, like toddlers do every day. Steven happened to land on a stick, which pierced his mouth between his upper lip and his gums. Kathy removed the stick, but it looked like it needed some stiches, so after a bowl of ice cream to calm him down, they took Steven to the local ER.

In the hospital, the medical providers discovered the stick had scraped the boy’s sinus, leaving dirt and debris inside. They cleaned it, stitched him up, sent samples from to the lab for culture and sent Steven home early the next morning.

That should have been the end of the story. At work on Monday morning, Scott posted a sign at his desk, which joked: “Ask me about my bad weekend.” He thought the incident was over. Unfortunately, what happened that weekend would change their lives forever. 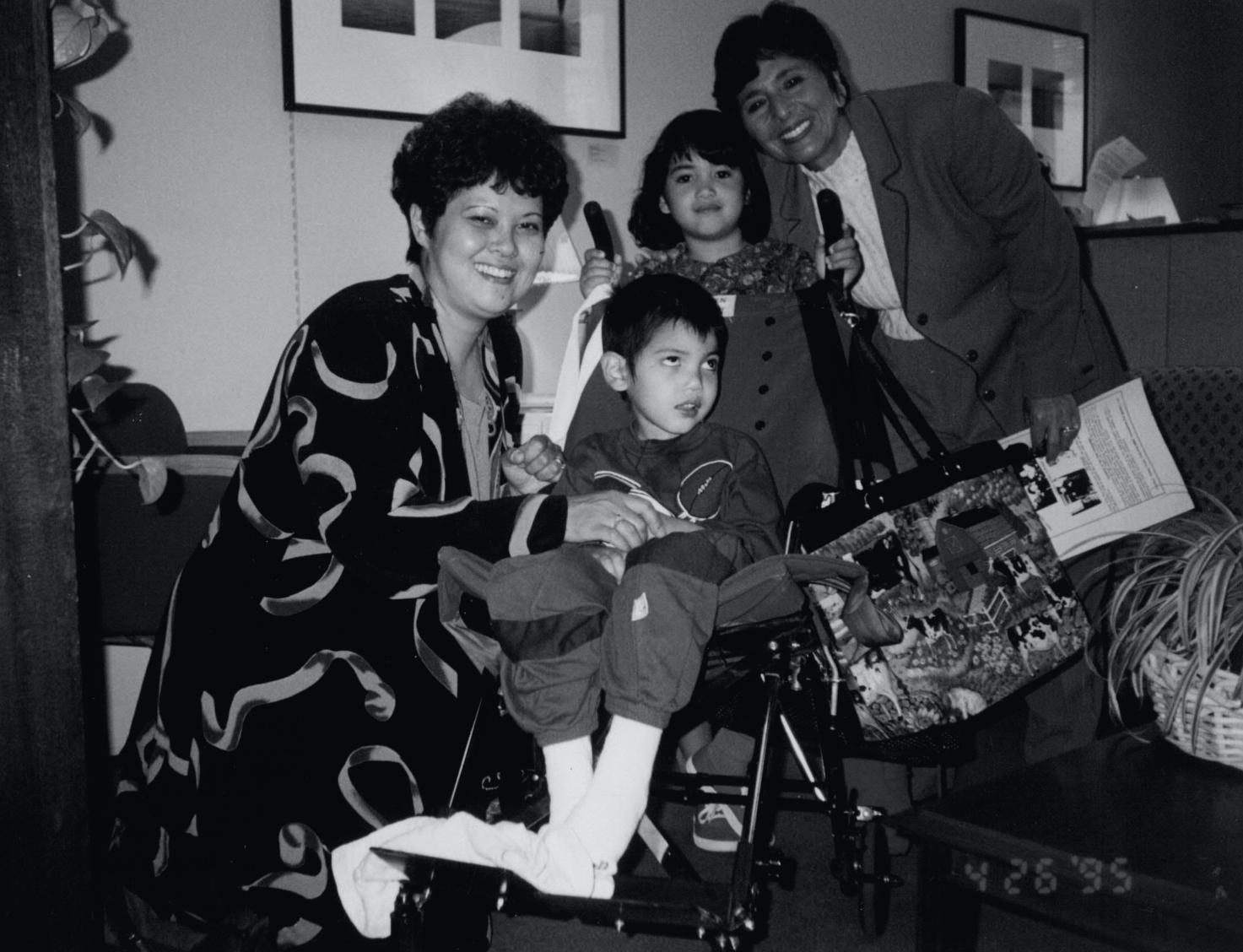 By the following weekend, although the injury seemed to be healing, Steven was tired and lethargic.  His parents worried. Perhaps this had something to do with his fall? They took him to urgent care twice, and then back to the hospital, where they were seen by a different provider. Scott said, “We were just here a week ago. He had a stick in his face. Could that have anything to do with why he is so tired?” Kathy asked repeatedly, “Please do a CT scan?” But the providers said no, claiming it was unnecessary. Instead, they performed a spinal tap to check for bacterial meningitis. Two days later, they sent Steven home again, despite the fact that he was now vomiting. No one from the hospital checked the labs from his first visit.  If they had, they would have been alerted to the possibility that Steven had a serious infection.

The next morning, Steven’s parents found him unconscious, with a fever of 106. Scott called 911, and the paramedics raced him to the ER in critical condition.

After denying their requests and ignoring their concerns for weeks, the ER provider said, “He has a brain abscess (ie: infection) and we believe it was from the stick injury.” Hearing this now, Scott was incredulous, because that’s what he had been asking them about all along.

Undiagnosed and untreated for two weeks, the abscess had grown, steadily increasing the pressure on the little boy’s brain. Eventually, the force became so great it herniated his brain and pushed it down into the hole where the spinal column enters the skull. The medical providers drilled a hole into the boy’s skull to drain the infection. He remained unconscious for weeks. No one knew if he would survive - or if he survived, what his condition would be.

“You trust these people to do their profession. But they never checked the labs. They never consulted with the initial doctor who cleaned the stick debris, even though his office was right across the street. They never noticed that his white blood cell count was high, which also indicated an infection,” Scott said. Now, there was nothing they could do but pray. “It was a waiting game.”

A few days later, the hospital informed Scott and Kathy their son had no brain activity and was possibly brain dead. However, this was yet another mistake; a false alarm due to a malfunctioning EKG machine. 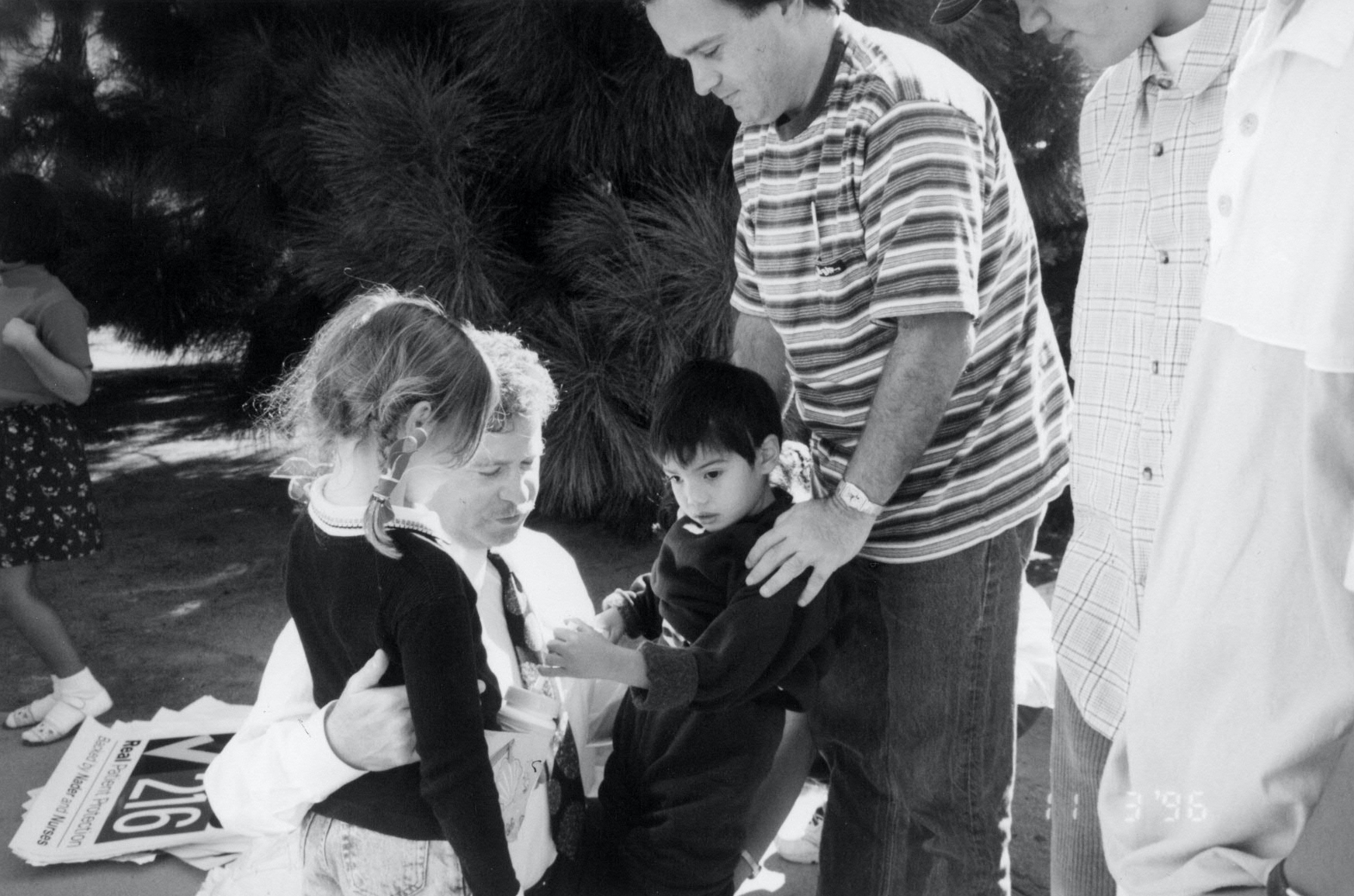 Miraculously, Steven did survive, but he was no longer the “wild thing” who ran and climbed and squealed with delight as he played at his workbench. He would never do those things again. He was left with severe brain damage, impaired development, cerebral palsy, seizures and permanent blindness.

If not for the medical provider’s negligence, the infection could have been treated, and Steven and his family could have lived a normal life. Instead, at only two years old, Steven was sentenced to a lifetime of darkness and disability. He would never hold a job, live alone, or care for himself.  He would always need help for the most basic human functions: eating, bathing, moving. Even using the bathroom would require assistance.

As tragic as the Olsen’s story was up until that point, what happened next would reach a level of injustice they never imagined could happen in the state of California. When they spoke to lawyers about their case, they were informed about a little-known state law, which would have dire consequences for their family. Set by politicians in 1975, this law caps qualify of life and wrongful death survivor damages for medical negligence cases at $250,000. Astonishingly, it stands today as it was written 44 years ago. It has never been adjusted, not even for inflation. Dismayed and disheartened, the Olsens had no option but to witness the effect of this outdated law as it unfolded in the courtroom during their trial.

For three weeks, the jury heard heartbreaking testimony from doctors, experts, and the Olsen family. They watched a video of Steven talking and laughing, before the brain injury. Then, Steven was brought into the courtroom. The jury foreman, Thomas Kerns, recalled, “we watched as he groped, stumbled and felt his way along the jury box. There was no chatter or happy laughter.”

The lawyers who represented the hospital’s insurance company argued that Steven’s blindness only merited medical expenses of $9,000, and that there were free welfare services to support Steven’s other medical needs.  But the people of the jury were so moved by what happened to Steven, and so appalled by the medical negligence that caused his catastrophic brain injury, their verdict compensated Steven $4 million for actual medical expenses, and $7million dollars for his lost quality of life, for a total of $11 million dollars.

However, as soon as the jury left the room, the insurance company’s lawyers invoked the 1975 law and demanded the quality of life damages be slashed to $250,000, as the cap prescribed. The judge had no choice but to comply. Under other provisions of this law, the cost of Steven’s medical care and caretakers for daily living, his so-called “economic costs,” were also reduced. The lawyers who represented the hospital’s insurance company did not stop there. They filed several appeals, forcing Steven’s case to settle for even less.

Because of the 1975 law’s other limits on Steven’s rights, in the end he recovered less than $3 million dollars. This amount was his only compensation for medical expenses, lost quality of life, lost wages etc…  from age two throughout the rest of his life, which the courts estimated to be another 58 years. 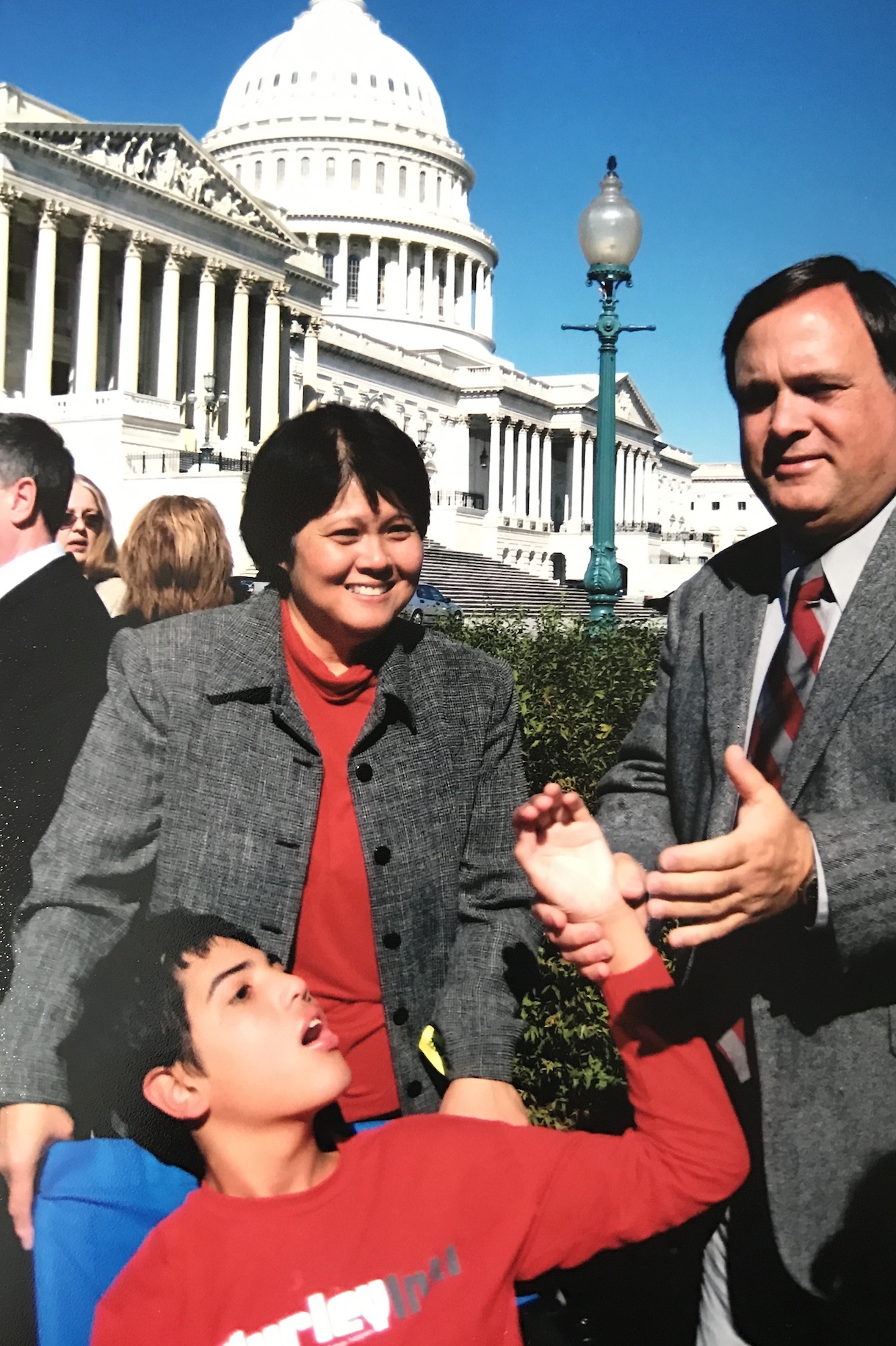 "The other side said we had been fairly compensated, but this isn’t right,” said Scott. “Starting from the beginning, it wasn’t enough.”

The jury foreman, Thomas Kearns, did not learn about the reduction of Steven’s award until he read about it in the local newspaper. He replied with a passionate letter to the editor, in which he argued against the outdated law. “Our justice system has failed Steven Olsen, by acceding to this tilting of the scales of justice by the Legislature for the benefit of two special-interest groups (the American Medical Association and the insurance industry)… I think the people of California place a higher value on a human life than this. Let us change this egregious law.”

Kathy gave up her job at Sears to take care of Steven. “We needed someone to sit up with him all night for months,” Scott recalled. For the next 20 years, Kathy drove her son to countless neurologists, urologists, orthopedic surgeons, psychiatrists and therapists. He had numerous leg surgeries, and twice had to be confined to a body cast. Although his brain would never develop beyond that of a child, Steven’s body grew into adulthood. It became harder and harder for Kathy to move him, but between Kathy and Scott, they managed.

However, on December 18, 2015, Kathy died unexpectedly at the age of 59. Although no autopsy was ordered, it is likely that decades of physical and emotional stress took a toll on her heart. Devastated by the sudden loss of his wife, Scott fell into a state of shock and despair. In addition to grieving her death, he was now his son’s sole provider and caregiver. In order to take care of Steven, he also had to give up his job of 30 years. In doing so, he lost his income, benefits, and health insurance.

Today, Steven is 29 years old. Scott bathes him, feeds him, moves him, drives him to his doctor’s appointments, administers his medications, and much more. Every night, Scott worries about what will happen to his son after he dies. Who will take care of him? Who will provide for him? And who will pay for it all?

To this day, thousands of families across California have been victimized as the Olsens were by the unjust and outdated 1975 law, which still has not been updated to account for inflation. Until it is changed, many more innocent people will be harmed. Before her death, Kathy Olsen said, “I know that this law cannot be changed for my son, Steven. But I do feel that if another child is injured like (the way he was), that he should get what he is rightfully due.” Since her death, Scott has continued the effort to change the law. “I want to try to help other people,” says Scott. “My wife is the one who did the hard part. I’m not going to stop now.”