Lloyd Monserratt was a UCLA grad, a rising star in California politics, a Latino Vote Director for the DCCC, a Director at NALEO, a Chief of Staff to a LA City Councilmember and LAUSD School Board Member, and a consultant to elected officials.  He and his fiancée were planning their wedding. But his promising life ended at age 36 because no one at a Kaiser hospital noticed he was dying of a full-body infection caused by a glaring surgical error.

His surgeon, later found to have a record of past arrests including felony crack cocaine possession, was never held accountable. He had perforated Lloyd’s bowel during surgery and failed to detect it afterward. Although his medical records showed signs of infection and renal failure, his doctor and the hospital staff took no measures to attempt to save Lloyd's life. Both medical experts agreed that the doctor and hospital had until the evening before Lloyd died to go in and clear out the infection. Had they done so, the outcome would have been different. Lloyd would have lived. The hospital easily avoided even disclosing the case because of the state’s harsh cap on malpractice awards.

Monserratt entered the hospital on a Monday for gall bladder removal and bariatric surgery. After the surgery, his doctor told his fiancée, Michele, that the surgery was a success and Lloyd was “very strong.”

By noon the next day, when Michele visited, Lloyd was in severe pain. She demanded that the doctor see Lloyd, but the surgeon never appeared while she was present. Lloyd’s pain medication was increased but neither she nor Lloyd was ever given information on his true condition.

On Wednesday, a doctor (not his surgeon) entered Lloyd’s room. When asked how Lloyd was progressing, he said “normally,” that he was exactly where he should be. Yet hospital records obtained later showed that Lloyd’s kidneys were already failing. The spreading infection could have been stopped with surgery and antibiotics, but no action was taken.

On Thursday morning, the hospital called his fiancée, asking her to come to the hospital immediately but declining to say why. By the time Michele arrived, Lloyd was dead. While the attending doctor’s statement was “we did everything we could but we couldn’t save him,” he refused to describe why Lloyd died. The family, stunned and in search of the truth, paid for a private autopsy that found the infection and surgical errors. Yet, the hospital deemed that his death was of “natural causes.” 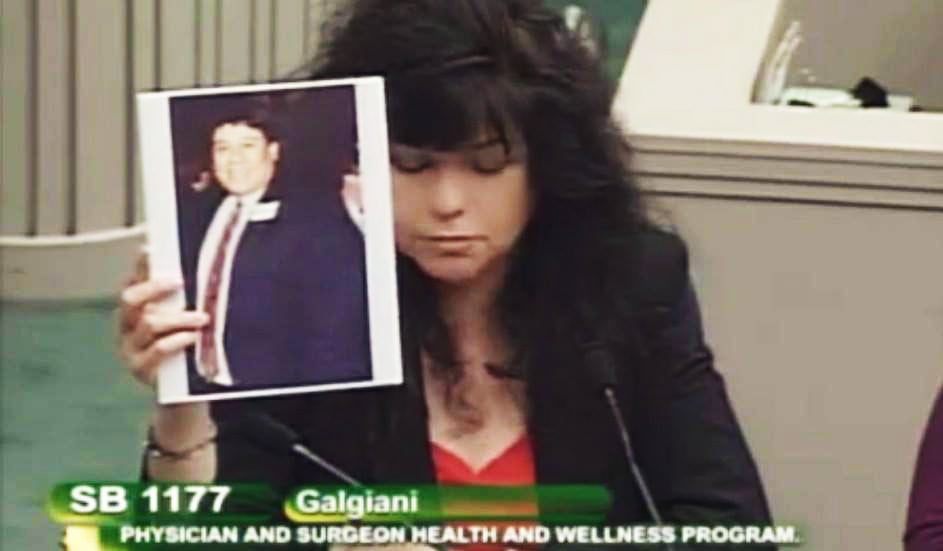 Lawyer after lawyer turned away the family, saying that their case was strong but the state malpractice caps were too low to mount a legal case.

Ultimately the hospital settled with the family in mediation for a modest amount. The surgeon continued to practice and, according to other malpractice cases that were made public after Lloyd’s death, committed errors that threatened the lives at least two other patient’s.