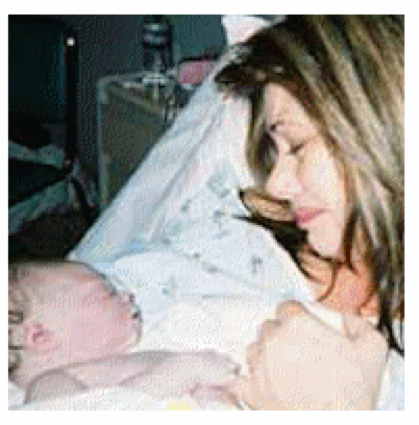 Beth Stover, 40, was past her due date when she went in for a stress test to determine whether to induce labor.  A technician noticed Beth was having contraction and Beth was sent home and told she should not be surprised if she were to deliver the baby soon.

That evening, she felt extreme upper abdominal pressure and thought she was going into labor, but when she went to the hospital she was told she wasn’t in labor and was told not to return until she was bleeding or her water broke.

The next morning Beth was still having contractions but did not feel her baby moving.

She returned to the hospital that evening; labor was induced and her daughter Lehna Jordan Brewer was stillborn that night.

Beth’s medical provider claimed the fetal heart monitor strip from the stress test was lost.  Beth wondered if the “lost” strip was evidence that the child was going to be born damaged as a result of the provider’s inadequate care and, if that were the case, she wondered if the provider had chosen to let her daughter die rather than be responsible for the cost of her ongoing medical care. Because of California's cap on compensation for the victims of medical negligence, Lehna’s life was worth only $250,000.

The cold calculus haunts Stover to this day, “It is much cheaper to let the baby die instead of getting stuck with the economic damages that might have applied if Lehna had lived.”