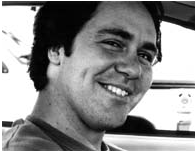 Evan Kennedy, his father says, was not a foolhardy man. He knew he had an inherited heart problem, so when he decided to train for a marathon in San Francisco to raise money for leukemia research, he checked with his doctor. She, too, knew he had heart difficulties. But she told him that, since he had not displayed any symptoms, he could go ahead and run.

That was on July 11, 2001. On July 14, Evan ran 14 kilometers. As he was walking back with friends, laughing and joking, "all of a sudden he just hit the ground," his dad, Michael Kennedy, says.

"The symptom he had was, he died," Evan's father, Michael Kennedy, says.

Evan's death at the age of 32 cut short a life that was just beginning to fulfill its promise. He grew up in Lexington, Ky., graduated with honors from Carnegie Mellon, and was carving out a successful career as a computer consultant.

Evan did not have to die. If his doctor, an internist, had referred him to a cardiologist, he very likely would have been told not to run. The pain and suffering Michael Kennedy experienced because of his son's needless death was exacerbated by the challenges he met in his search for redress against the doctor, who, he believes, "just blew it."

The elder Kennedy, a geographic information systems specialist at the University of Kentucky, says the men in his family have known for years about the heart defect - non-obstructive hypertrophic cardiomyopathy, which is in itself not a serious condition. But Evan's doctor, by being complacent and negligent, missed that Evan's had converted to obstructive hypertrophic cardiomyopathy, which is a thickening of the wall at the center of the heart that interferes with electrical impulses.

The Kennedys had adapted to it, keeping an eye on it, and when Evan moved to San Francisco he told his doctor about it. She gave him an electrocardiogram and told him he had heart disease. "She should have said, at that moment, 'you have a serious heart problem. See a cardiologist,'" Kennedy says. But she didn't say that, even when, a few years later, he started to train for the marathon.

Michael Kennedy wanted to sue the doctor. He and other members of Evan's family "don't think she ought to be able to say, 'Oh, dear, I made a mistake,' and move on."

But they ran into California's Medical Injury Compensation Reform Act (MICRA), which has worked against them from the outset.

First, it froze them out of suing for lost wages - Evan was 32 and had at least 30 years of income ahead of him - on the grounds that Evan's death didn't affect them financially. If he had left a wife or child they would have had some recourse but, for parents or siblings, there is none.

Then they ran into the $250,000 cap on non-economic damages, which kept numerous attorneys from taking the case. They finally found a lawyer who would pay his own salary. But Kennedy is picking up the other expenses, such as travel back and forth from Kentucky, lodging, and legal expenses like the cost of depositions.

Those expenses are mounting because, Kennedy says, "the insurance companies drag this out."

Insurers lost money in the stock market, but are instead blaming rising premiums on having to pay high settlements, Kennedy says. The families are victimized twice. Kennedy is livid at the way the insurance companies have stacked the deck against victims and their families under the 1975 California law.

"Here's the deal: the insurance companies know that in no way will it ever cost them more than $250,000. So they rely on that to keep people from suing. And they have no incentive to settle, as they can only lose $250,000."

One lawyer he spoke with said that, unless it's a slam dunk for the plaintiff - the doctor cut off the wrong leg, for example - there is little incentive to sue for malpractice in California.

"We just didn't have a chance" against these powerful players, Kennedy says.

And yet a son and brother died, in a way that could have been prevented, if not for incompetent medical treatment. So the Kennedys, currently in the deposition stage, fight on, doing their best against a legal medical malpractice system that is weighted heavily against them and other victims and their families.

This outdated California law of 1975 is the linchpin of that slanted system. What does Kennedy think of proposals to take it nationwide? "If Congress wants to protect doctors and insurance companies from being held accountable at all, even when they make mistakes that kill people, then this is the way to do it."