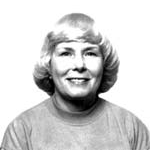 In July of 2000, Kay Marchioni, a second grade and pre-school teacher in Chicago, beat cancer at the age of 56. She decided to do something nice for herself. She had heard about a Beverly Hills plastic surgeon who had appeared on Fox television, Good Morning America, and in People magazine. She called him and asked if he could "tuck" her upper eyelids.

According to Kay, that was the beginning of a two-year nightmare that isn't over yet.

Her ordeal had two major components: medical, then legal. Kay recounts that the plastic surgeon and his staff manipulated and misled her from the start. He talked her into doing both upper and lower lids. When she got to California for the procedure, his people called her the night before and told her she would be in and out of the doctors' office in time for lunch.

The next morning, a Friday, her misgivings growing, she tried to cancel. That was at 9:30 a.m. Instead, she was given a shot and woke up at 5:30 p.m. The anesthetic was general, when she had specifically asked for local anesthetic.

Kay reports that she went back to her bed and breakfast woozy. When she awoke the following morning, she had no feeling in her left leg, which had been tightly strapped during the procedure. On Sunday, she got the bandages removed. She was shocked to see that he had cut around both ears - which were still being monitored for cancer - and her chin. Kay had merely wanted to touch up her eyelids but instead had been subjected to major cutting. Dazed, she considered her options. "I'm 2,000 miles from home, I'm all by myself and I've been slashed."

Kay went home and began to investigate the doctor. A diligent consumer, Kay had tried to find out about him before the procedure, but had discovered nothing. She had contacted the California Medical Board. But they report only disciplinary actions, not complaints. The National Practitioners Databank, which records complaints, does not report them to the public. Now, however, Kay discovered 24 previous lawsuits were brought against her surgeon in California and Illinois. Several, including a wrongful death suit and one brought by a woman who claimed the doctor had left a scissor piece in her body, were settled for undisclosed amounts.

Kay wanted to sue, but ran into a California law that caps compensation for injured patients at $250,000, a number that has not been updated for inflation in 45 years. Because of that cap on damages, she could not find a California attorney who would take her case. She went ahead Pro se. But the judge required that she post a $12,000 bond as payment for the defendant's legal fees, should Kay lose her case. That is designed to discourage victims from proceeding, and clearly gives doctors, hospitals and medical groups, who can spend unlimited amounts on attorneys, an edge. Kay, however, posted the bond, and then the additional $40,000 the judge added. Meanwhile, Kay found an attorney to take her case, on the condition that she pay all court costs, expert witness fees and any other case expenses up front. Further, should she lose the case, she would be out the $52,000 in bonds.

On the day before her trial, Kay's attorney -- with little experience in medical malpractice litigation -- quit. Kay had a new tentative attorney, but he did not have the legal records and did not have time to prepare for trial. As a result, Kay's trial proceeded with her in the courtroom alone. With no attorney, no documents, and none of the scheduled witnesses or plaintiffs from previous cases brought against her doctor, Kay's case was dismissed.

Kay wakes up several times a night with excruciating pain, has hearing loss, facial scarring, and nerve damage in her leg, not to mention the psychological scars from the mistreatment she received at the hands of the medical profession and the justice system.