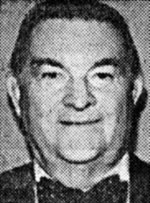 As told by Harry Jordan:
I was brought into surgery at Long Beach Hospital (where I was a Board Trustee) in late 1982 when x-rays revealed that my right kidney was cancerous. Unfortunately, the surgeons involved removed the wrong kidney. They took out the normal one. I then was transferred to UCLA Medical Center, where the cancerous kidney was removed.

My case came to trial in 1985. The jury, which included two nurses, a professor and an insurance agent, gave me $5,125,000; but because of California's cap on pain and suffering compensation, the judge reduced the verdict to $250,000 plus $6,000 in "economic" costs. Court costs alone amounted to roughly $200,000 -- not including attorneys' fees -- nearly the entire amount of the final decision by the judge.

The jury believed I would continue to work. They gave me no money for future income loss. I cannot work, however. My medical bills have gone beyond $500,000; my claims are frequently denied by the insurers, for no specific reason. I pay $1700 per month in health insurance. If it weren't for the fact that I settled with some of the defendants, I wouldn't be able to pay any of my bills.

I have about 9% of kidney function remaining, and, because this is from the kidney that was cancerous, which was supposed to be the one to come out, I have a risk of recurrence of the original cancer. I also suffer from spinal problems arising from the medication -- steroids -- I have to take. I can't really walk, much less work or do things I used to do, like fish.

I think it is outrageous that the legislature passed laws in response to the lobbyists for doctors that set up a limit on what a jury said I was entitled to compensate me for the suffering and costs I have experienced.

Nothing can give me back the kidney they took from me by mistake. Or let me walk more than a block or so, or relieve the constant fatigue and pain and examinations and tests. But the money I received in settlement from some of the defendants helps me pay bills that I didn't know about at the time I had my trial. It pays for my living expense. I don't know what the future will bring. It gives me a little freedom to live as much as I can.

I was lucky to get a lawyer to take my case with the limits in the law -- I guess that's why they made the law. They want to stop these kind of cases.

Thanks to the gross errors of doctors and others, my life and health have been severely impaired. The legal limitations placed upon my case by the ceilings on awards allowed those who made the mistake to pay only 5% of what the jury said I was entitled to. This happened because the doctors lobbied the legislature for a special exemption from the legal system in 1975. The Legislature should take a look at ways to prevent and punish dangerous behavior rather than eliminate victims' legal rights.

"Harry Wendell Jordan, a Long Beach insurance broker for 49 years, died of kidney failure Wednesday, nearly 13 years after doctors at Long Beach Community Hospital inadvertently removed a healthy kidney instead of his cancerous organ. He was 74…

What stood out in Bell's mind most was her father's ability to forgive, even those who contributed to the greatest tragedy of his life, losing his only good kidney. A Long Beach doctor mistakenly removed the wrong kidney; the error was blamed mostly on doctors reading Jordan's X-rays backward.

Later, doctors at UCLA Medical Center rebuilt Jordan's cancerous right kidney to about 20 percent of its normal size, with about 10 percent of its function remaining. He was in and out of hospitals after that...And while the rest of Jordan's family seemed to think that incident was partly to blame for Jordan's death, 'he forgave them and didn't hold a grudge,' said Bell.