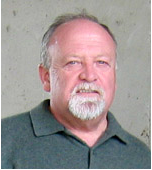 The pain began in Gary Rushford's foot and slowly slithered up to his heel, then his calf and then his thigh. It moved with all the deliberate relentlessness of a python closing in on a cornered rabbit, and it was every bit as predictable. Yet, for months, doctor after doctor downplayed the pain, disregarded the injury's progress, and pooh-poohed Gary's insistence that something could be seriously wrong. Instead of ordering a minor medical test, which would have discerned the problem, they kept sending him home.

The result: Gary Rushford lost his leg above the knee.

Gary's crippling brush with medical malpractice began in February 1998. At 50, he and his wife, Sharon, had built a successful contracting business in San Jose. Gary is "a typical guy from Montana," Sharon says, very active, "into hang gliding, camping, hiking, anything and everything outdoorsy."

One day at his gym, Gary felt tingling in his foot. It progressed to his heel, so he called the doctor, who offered painkillers.

A month later the pain was up to his calf and hurt whenever he worked out. Another call to the doctor led to another suggestion that he take painkillers.

The third call to the doctor came in May, when the pain had crawled to his thigh and was hurting badly whenever he exerted it.

Gary and Sharon asked his doctor if she thought he should be examined. He had a history of phlebitis and they thought his problem might have something to do with a blood flow problem.

The doctor, without seeing Gary, sent him to a podiatrist. The podiatrist looked at the foot only, said Gary was fine, and referred Gary to a physical therapist, thinking the difficulty might stem from a hypothetical back problem.

By now the pain was radiating up to his buttocks and lower back. On Father's Day of 1998 - four months after he first felt tingling - Sharon drove him to the ER. Doctors checked for a pulse on Gary's right foot, and found none. He had a blood clot in his artery.

Even then, the doctors sent him home and scheduled a consultation for a week later. During an angiogram at that meeting, an anesthesiologist suggested a thrombolysis procedure. It was a success, but the doctor inexplicably gave Gary no blood thinners, so another clot developed. After a second thrombolysis procedure, also successful, Gary was sent home on a half-dose of blood thinners, and re-clotted again.

Gary began to suffer "rest pain," a sign of tissue death. He was scheduled for bypass surgery the next day.

It was successful at first, but then clotted as well. The doctor cut open the leg to relieve the pressure, but opened only one of the four compartments, which sealed the fate of Gary's leg.

The Doctor told the Rushfords he would have to amputate, below the knee. The news was devastating, but it got worse: after letting Gary wait for surgery for another 50 hours, the doctor took the knee as well.

A week later, Gary was discharged - with Sharon stopping on the way home to pick up crutches and a walker at a medical supply store; Kaiser's insurance didn't cover them.

In September, Gary fell on his stump, went in for treatment and discovered he had a another blood clot, running from the stump across the abdomen to his left leg and up to his inferior vena cava, the major artery to the heart and lungs.

In October, doctors finally put Gary on coumadin, a blood thinner. The Rushfords began to ask themselves why that step had taken so long. Had it happened earlier, he might not have lost his leg.

Sharon and Gary began another grueling journey, through the dark alleyways of the state's medical-legal establishment: they sued for malpractice. Unfortunately, Gary had signed a form agreeing to binding arbitration. He was soon to find out that the game is rigged in favor of the doctors and insurers.

Gary and Sharon had damages in excess of $5 million. They learned that arbitrators who agree to high awards do not remain arbitrators very long. Further, most arbitrators are retired judges who are cozy with the powers-that-be, and rely on these arbitrations for their income. The one they drew had made 14 awards involving Kaiser and sided with the healthcare giant 13 times. He was friendly with Kaiser's counsel, since they had worked together numerous times in the past.

In addition, the arbitration system is like a regular courtroom proceeding, so those who can afford high-priced lawyers -- read Kaiser -- have the advantage. Finally, "doctors cover for one another," Sharon says. The Rushfords' arbitrator accepted Kaiser's argument that Gary suffered from a "rare and unfortunate" disease known as Buerger's Disease, even though none of the 20 doctors who treated him had ever mentioned it before. Not surprisingly, there is no test for Buerger's Disease, but more importantly, there is no treatment for it, so Gary could not prove Kaiser wrong for failing to treat him.

The arbitrator did rule that the surgeon breached the standard of care twice by failing to give Gary enough blood-thinning medication. However, he said the Rushfords failed to prove that that led to the loss of Gary's leg. The arbitrator said the 'balance of evidence' was equal, and therefore he would not rule for the Rushfords.

The Rushfords are thoroughly repulsed by the process.

"The whole system is in dire need of a complete overhaul, because it's just not working," Sharon says. "Where is the motivation to fix it? There is none."

Not only is the arbitration system corrupt, she says, but too many doctors are reluctant to testify against other doctors.

Sharon would like to see doctors who commit malpractice outed. "If a doctor is sued, even if he is innocent or it is settled, it should go on his record," which should be made public, Sharon says, so you, the consumer, can say, "that doctor, it was his fourth lawsuit as it was in our case," and make health care choices accordingly.

She wants the rates raised on doctors who commit malpractice, not on those who don't. "Weed them out and leave the good doctors." The way it is now, "the people who are harmed by medical malpractice are (further) punished."

The Rushfords are forging ahead, trying not to succumb to the bad hand Kaiser dealt them. The business has suffered. But Gary is not a man who dwells on his misfortunes. "His philosophy is, you don't complain: you suck it up." He continues to play golf, although he needs to ride in a cart now.

As to others who have suffered, Sharon and Gary have discovered that they are not alone, and they know that "most people can't afford to fight it" as they have. "There are people out there making only $30,000. They're in shock when they buy the first wheelchair."

They hope to take the lead in changing a system that has grown cynical and uncaring toward its consumers. "There are so many people out there who Kaiser has hurt. Maybe we can be a voice for them."