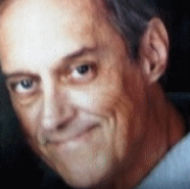 He was a father of two with a new RN certification.  But without warning, Doug Shelby found himself in a medical emergency.  Late one night in December 2006, Shelby was rushed to an emergency room not far from his LA County home.  He felt like his “stomach had exploded.”  His abdomen was distended.

At the ER, a CT scan found a large bowel obstruction caused by a hernia and he was admitted for surgery. But the doctor on call refused to see Doug until 12 hours later when a “code blue” was called.

The surgeon on call asserted in a note that he had “seen” Doug at 6 am and found him “stable” and “not a candidate for surgery.” However, his wife Sharon, an experienced RN, was with Doug and testified that the surgeon did not see or examine him.  Doug was in agony.

Later, an autopsy revealed the cause: a massive bowel infection.

Doug had cared for his sons while his wife worked.  Under the law, his family role had little economic worth. After Doug’s death, dozens of lawyers refused Sharon’s pleas for representation because California's $250,000 cap on non-economic damages could not cover the cost of mounting the case.

Eventually, they found an attorney who would take their case. Despite the settlement and after expenses, the money they were awarded was only enough “to pay for two years of community college for one son.”