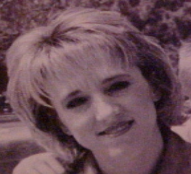 At the peak of her nursing career, Dana Stinson was permanently disabled by a disastrous surgery and the doctor's subsequent attempt to cover up her mistakes. Now, Dana will never care for another patient.

Dana went in for her yearly OB/GYN visit in 2002. Her doctor discovered abnormal growths in her uterus and recommended a hysterectomy. It was a big step, but Dana decided to have the operation.

She checked into her own hospital for the surgery.

When she woke up after the hysterectomy, no one told her there had been any complications. They said she had some internal bleeding that it would go away soon. But Dana felt horrible. She couldn't get out of bed and her abdomen felt pierced with shooting pain. The doctor told her the bleeding in her abdomen would stop and nothing needed to be done.

By the third day after surgery, Dana was falling in and out of consciousness. Her stomach was hugely bloated, hard and red. She was hallucinating. She started phoning family members to tell them she was dying.

On the sixth day, when Dana was nearly comatose, the hospital finally did emergency scans. Though the results were abnormal, Dana's doctor still wanted to postpone surgery.

As her stay in the hospital grew longer, the nurses had begun to express their concerns to Dana's family. That night they came to her rescue, transferring Dana to the intensive care unit on their own authority and convincing a team of specialists to come to the hospital and save her with emergency surgery in the middle of the night.

The specialists discovered that Dana's surgeon had sewn her organs together during the hysterectomy. A seven centimeter gash in her colon had been leaking into her system for six days. The extensive damage, and the doctor's cover-up of what had really happened, nearly cost Dana her life. She remained in the hospital for two more months, recuperating from the toxicity and the other problems the mistake had caused, and continues to return for repair procedures.

Dana sued, and the doctor admitted she was negligent. The state declared her disability permanent. Nevertheless, the doctor's insurance company refused to pay lost wages for the work Dana can never do again. Because the arbitration agreement Dana signed when she went in for surgery took away her right to go to court, she must live with the decision of an arbitrator, which cannot be challenged. The arbitrator sided with the insurance company and limited Dana's compensation - for all of her injuries, the constant pain, and inability to work again - to $283,000 for life.

Dana has still not recovered from the terrible damage done to her body that day. The internal injuries and scarring leave her in daily pain. She has lost kidney, thyroid and other organ functions. Her doctors have difficulty deciding how to treat her, because each correction could also make things worse. But she is happy to be alive.