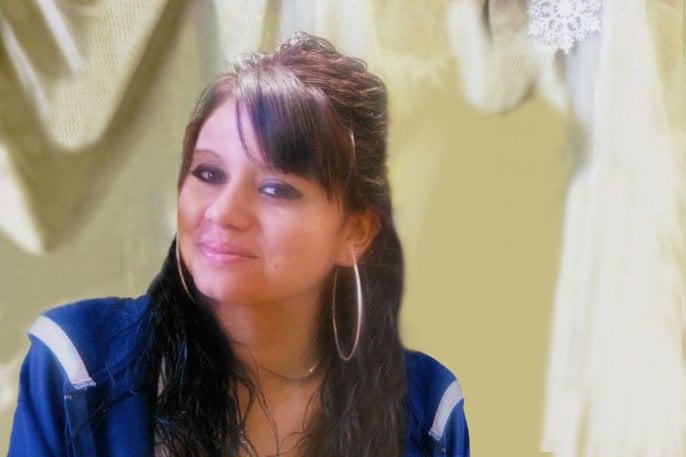 Celeste Miranda Ortiz had a dream  to  open  her own hair salon.  Growing up with her grandparents and watching them build their business, Celeste’s dream was to expand the world of beauty and eventually start her own shop in Bakersfield.  She had just graduated from Milan Institute of Cosmetology when Celeste discovered she was pregnant.  She planned to take six weeks off following the birth of her baby and then start working as a beautician.  She had struggled her entire life, and she had just started to turn her life around when tragedy struck.

Celeste’s pregnancy was easy and complication-free.  She was going out to have lunch with a friend when she started going into labor.  She went home, got ready and packed a bag for the hospital.  Celeste successfully delivered a baby girl.  Everything was going exactly as it should, until her doctor began to grow impatient.    He forcibly removed her placenta without waiting to see if it would expel on its own and with no indicated medical reason for him to do so.  He never asked for consent.

The procedure was done without anesthesia or ultrasound guidance. Celeste screamed in pain as the doctor attempted to remove her placenta with forceps, by hand, then again by forceps.

Afterwards, Celeste’s grandmother Kimberly said that she immediately saw “the life drained out of her.”  Celeste’s vitals began to drop, she began to show signs of shock and she started to turn yellow.  Her lips were getting puffy and she started to slur.   The nurses kept contacting the doctor, but he did not act on Celeste’s worsening condition.

Celeste’s baby girl, Celestine Miranda, and her two other children were left without a mother.  Her grandparents, John and Kimberly, were left in shock and disbelief.

Following the autopsy, the Coroner’s office advised them to file a lawsuit.  John found an attorney to try and get justice for Celeste. That’s when he learned about a California law that limits the rights of families like theirs. When a mom dies in childbirth, the compensation her family can recover was capped by state politicians in 1975 and has never been adjusted. The cap means that, when a mom dies, it will cost her family as much to bring the case as they can hope to ever recover. It also means that medical providers who are repeat offenders are able to keep harming people by forcing surviving families to settle. Unknown to Celeste and her family, her doctor had been on probation previously for harming other patients.

John was forced to settle their lawsuit for $29,999 because they could not afford the tens of thousands of dollars required for expert witnesses to continue. $29,999 was not a random amount – it was chosen by Celeste’s doctor because it is just below the threshold that would trigger public reporting to the state licensing board. That kind of secrecy prevents other patients from learning when a doctor’s negligence causes a patient’s death.

Celeste’s grandmother’s heart is broken.  Kimberly raised Celeste off and on since she was nine years old, and she is struggling to cope with life without her in it.  She feels like the odds are stacked against her, fighting a system that allows repeat offenders to continue to practice without consequences. She has seen first-hand how the cap allows providers to remain unaccountable. Since Celeste’s death, her provider has continued to practice, and another young woman has died while under his care.  Celeste’s grandparents filed a complaint about the doctor with the state licensing board. They support updating California's 1975 law that limits compensation for families like Celeste’s. They desperately hope that change happens before the doctor is allowed to harm another mother.