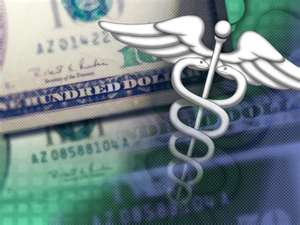 Washington DC -- Health insurance giant Wellpoint today announced a 38% profit increase in the 4th quarter of 2012, as compared to last year, for a total $2.7 billion in net profits for 2012. The insurance company continues to pad its profits even as the growth of health care costs remains at record-low levels and the company is forcing double-digit premium increases on consumers and small businesses across the country, said Consumer Watchdog.

"Health insurers are talking out of both sides of their mouths when they preach austerity to their customers in order to raise premiums, then turn around and announce another banner year to shareholders. As federal health reform requires health insurance companies to disclose more and more information online, it will be harder for insurers to say one thing to customers and the opposite to Wall Street. Still, consumers remain unprotected in many states where no one has the power to reject an excessive rate hike, even when company profits exceed projections," said Carmen Balber, executive director of Consumer Watchdog.

New rules from the Department of Health and Human Services have begun to open health insurance companies' books, by requiring insurers to publicly file all proposed rate increases. However, because many states lack the power to require justification and approval of rate hikes, unreasonable rate increases continue to take effect, said Consumer Watchdog.

Anthem Blue Cross, Wellpoint's California subsidiary, recently imposed an unreasonable rate hike on more than 250,000 small business customers in that state according to an analysis by California's insurance commissioner that found, among other things, that the "company-wide rates of return on equity have been and remain excessive." California regulators do not have the power to reject excessive rates, so Anthem was able to impose the increase despite the commissioner’s finding it was unreasonable.

In California, insurance reform law Proposition 103 regulates auto, home and business insurance rates, and requires insurers to open their books, publicly justify and get approval for rate increases before they take effect. That law was enacted by the voters in 1988 and has saved California drivers $62 billion on their auto insurance premiums.

An initiative measure that has qualified for California’s 2014 general election ballot would require health insurance companies to public justify and get approval for rate increases before they take effect.

Family of Bakersfield Mother of Four Holds Car Wash to Raise Funds for Her Funeral; Discovers Her Doctor Has a History of Arrests and Negligence
END_OF_DOCUMENT_TOKEN_TO_BE_REPLACED