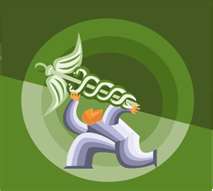 Santa Monica, CA -- Consumer Watchdog responded today to the news that the state’s three largest health insurance companies -- Blue Cross, Blue Shield and Kaiser -- would continue to dominate the health insurance market in the California health exchange with concerns that patients will continue to pay excessive premiums because of decreased competition.  The group applauded the fact that Californians now locked out of the insurance market because of pre-existing conditions and low incomes will now have options, but expressed concern about the price of those policies.

United Healthcare, Aetna and CIGNA said they would not participate in the exchange, and the law prevents them from reconsidering joining for the next two years.

Neither regulators nor exchange officials have the power to require an insurer to reduce or deny a proposed rate that is unreasonable. However, a 2014 ballot measure will force insurance companies to justify and get permission for rate hikes, a provision in place in a majority of the states but not California.

“When smaller companies step aside the Big Three insurers gain even more power over prices in the health insurance market.,” said Jamie Court, president of Consumer Watchdog and author of the Insurance Rate Public Justification and Accountability Act, a ballot initiative that has qualified for the next general election. “There needs to be a check and balance on the three health insurance companies that control 80% of the market and that is requiring that their premium hikes be justified.”

In some states with rate regulation in place, health insurance companies have proposed higher rates than necessary and lowered them when confronted both by regulators and competitors with lower prices. Consumer Watchdog expressed concern that absent competition and regulation consumers would pay too much for health insurance.

Family of Bakersfield Mother of Four Holds Car Wash to Raise Funds for Her Funeral; Discovers Her Doctor Has a History of Arrests and Negligence
END_OF_DOCUMENT_TOKEN_TO_BE_REPLACED