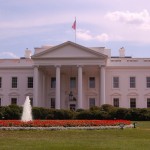 Washington, DC – Consumer Watchdog told the Senate Judiciary Committee that it is, “deeply distressed to learn that President Obama is meeting with Google CEO Eric Schmidt today behind closed doors as the Justice Department is poised to render its decision on Google’s acquisition of ITA, which has caused deep concern within in the travel industry about Google’s ability to drive out competitors in the online airline booking industry."

The President is scheduled to meet with Google CEO Eric Schmidt in Northern California today. Consumer Watchdog pointed out that Google had been recently criticized for failing to appear before the Senate Judiciary Committee to testify at the Committee's hearing on rogue websites.

In a letter Consumer Watchdog drew to the senators’ attention the group’s recent report about the close relationship between the executive branch and Google.  “Lost In the Clouds” can be viewed at: http://insidegoogle.com/wp-content/uploads/2011/01/GOOGGovfinal012411.pdf.

The nonpartisan, nonprofit group also pointed out a recent video, “Mr. Schmidt Goes To Washington,” which uses Mr. Schmidt’s own statements to explain why he needs to answer to your Committee. View the video here: http://www.consumerwatchdog.org/video/mr-schmidt-goes-washington.

“Rarely has an American company with this type of power and troubled history been able to have access to the highest levels of presidency without having to answer to the American people in Congress.  We call upon you to bring Mr. Schmidt to Washington,” Consumer Watchdog wrote today.

Consumer Watchdog has been working to protect consumers’ online privacy rights and educate them about the issues through its Inside Google Project. Its goal has been to convince Google of the social and economic importance of giving consumers control over their online lives. By persuading Google, the Internet’s leading company, to adopt adequate guarantees, its policies would become the gold standard for privacy for the industry, potentially improving the performance of the entire online sector.

Family of Bakersfield Mother of Four Holds Car Wash to Raise Funds for Her Funeral; Discovers Her Doctor Has a History of Arrests and Negligence
END_OF_DOCUMENT_TOKEN_TO_BE_REPLACED