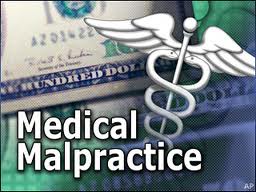 Santa Monica, CA – Californians should have the same right as Floridians to equal protection under the law in cases of medical negligence, said Consumer Watchdog Campaign today after the Florida Supreme Court ruled the state’s cap on medical negligence damages is unconstitutional.  Signatures will be turned in beginning next week for a ballot measure that would increase protections for harmed California patients by indexing the state’s 38-year-old damage cap for inflation.

“It’s outrageous that a driver harmed in an auto accident in California has more rights than a patient killed by a negligent doctor. The Florida Supreme Court has recognized this and so should California’s legislature. If the legislature fails to act in the next 12 days, the voters will have the chance to restore those rights,” said Carmen Balber, executive director of Consumer Watchdog Campaign.

Next week, Bob Pack will begin turning in over 830,000 signatures to qualify the Troy and Alana Pack Patient Safety Act for this November’s ballot. Pack lost his two young children, Troy and Alana, to a drugged driver who was overprescribed narcotics by multiple doctors at the same Kaiser hospital.

The Troy and Alana Pack Patient Safety Act would:
•    Index for inflation the medical negligence damage cap set by the legislature in California in 1975
•    Require random drug and alcohol testing of doctors, and testing after an adverse event in a hospital
•    Require physicians to report suspected drug or alcohol abuse at work by a colleague
•    Mandate that physicians check the state’s prescription drug database before prescribing narcotics and other addictive drugs to first-time patients

An opinion piece in the New York Times today about a medical technician addicted to prescription drugs who infected patients with Hepatitis C after injecting himself with their painkiller syringes argued that doctors should be randomly drug tested.

The Florida Supreme Court ruling came in a case involving a woman who died after severe blood loss during childbirth. The Court found that a 2003 law limiting damages in wrongful death medical negligence cases violates the Equal Protection Clause in Florida’s constitution. Article 1, Section 7(a) of California’s constitution guarantees “equal protection of the laws.”

In its decision, the Court wrote: “At the present time, the cap on noneconomic damages serves no other purpose other than to arbitrarily punish the most grievously injured or their surviving family members.

“Moreover, it has never been demonstrated that there was a proper predicate for imposing the burden of supporting the Florida legislative scheme upon the shoulder of the person and families who have been most severely injured and died as a result of medical negligence.

“Health care policy that relies upon discrimination against Florida families is not rational or reasonable when it attempts to utilize caps to create unreasonable classifications.”

The Court also wrote that there was no evidence substantiating the purported medical malpractice crisis used by the Florida legislature to justify enacting the cap.

Wrote the Court: “The Florida Legislature attempted to justify the cap on noneconomic damages by claiming that ‘Florida is in the midst of a medical malpractice insurance crisis of unprecedented magnitude.’”

It continued: “Our consideration of the factors and circumstances involved demonstrates that the conclusions reached by the Florida Legislature as to the existence of a medical malpractice crisis are not fully supported by available data. Instead, the alleged interest of health care being unavailable is completely undermined by authoritative government reports. Those government reports have indicated that the numbers of physicians in both metropolitan and non-metropolitan areas have increased.”