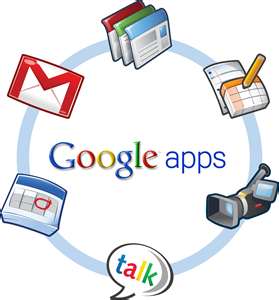 SANTA MONICA, CA – Google Apps can be dangerous, Consumer Watchdog warned today and the public interest group said Los Angeles has been responsible for "giving the first imprint of credibility and acceptance to a program that has failed Los Angeles and other communities with frightening consequences."

On Wednesday the Los Angeles City Council is scheduled to consider a motion that would require an update on the City's Google Apps for Government project be given in closed session.

In a letter to Mayor Antonio Villaraigosa and City Council members released the day before the Council meeting, Jamie Court, Consumer Watchdog president, and John M. Simpson, Privacy Project Director, urged them to demand "that a misleading and irresponsible piece of Google marketing propaganda featuring City of Los Angeles employees be removed from Google's website."

"For instance, as a result of the recent tragic workplace shooting in Cupertino, some schools in the region were locked down to protect students as authorities sought the gunman. However, schools in the Los Gatos Union School District did not have the ability to send group emails to parents about the situation because they use Google Apps.

"As District Superintendent Diana Abbati explained in the attached Oct. 11 letter to parents, 'Unfortunately, we have recently learned that Google no longer supports the use of sending large group emails to our parents. As a result, the district and school sites have been experiencing technical difficulties over the past week that may be interfering with your ability to receive email updates and announcements.'"

"In other words, school officials could not inform parents about their children's safety. And, as you know, in Los Angeles Google has been unable after two years to meet the security requirements of the Los Angeles Police Department. This should not be surprising; the fact is Google is an advertising company. This is where 96% of its revenue came from in 2010. It's not a computer services company, so the resources it devotes to serving governments and school districts are small and the errors Google will continue to make will be huge."

Here are the details of how top officials in the City's Information Technology Agency are appearing on a Google website promoting Google's Apps for Government. The link to the video in which both Randi Levin, ITA general manager and chief technology officer, and Kevin Crawford, ITA assistant general manager, appear extolling the supposed benefits of the Google system can be found here: http://googleenterprise.blogspot.com/2009/12/why-city-of-los-angeles-chose-google.html.

You reach the link from the Google Apps For Government website by clicking on "Success stories" and then on "City of Los Angeles."

Google was supposed to provide email service to about 30,000 city employees. Working with CSC, which is implementing the project, Google has managed to put only 17,000 city employees on the system. Despite assurances two years ago when the project was launched, Google still cannot meet the security requirements of the Los Angeles Police Department and other city employees involved in law enforcement. 13,000 employees are unable to move to the Google system. Ironically, Ms. Levin highlights the Police and Fire Departments in the Google video leaving the misimpression that they are on the new system.

Ms. Levin beings the slick marketing video by saying, "The City of Los Angeles has about 44 different departments ranging from the Los Angeles Police Department, the Fire Department, the Department of Transportation…" The implication is that Google Apps for Government meets the Police Department's needs. Later in the video Mr. Walker makes a clear reference to the LAPD's requirements. He says, "We have other departments that have specific legal requirements for how their data is handled. The data will never, never change ownership. It is always owned by the City of LA."

"We are going to see huge productivity savings particularly when we train the organization how to use shared documents," Ms. Levin says. She concludes the video by saying, "Time, resources, energy -- all of that will be a benefit to the city. It will be a benefit to the employee. There are just many, many good things that are going to come out of this."

"City employees should never allow themselves to be involved in a marketing campaign for one specific company's product. The inappropriate activity is even more egregious when the marketing campaign misstates the true situation. Google is actively misrepresenting the Los Angeles project as a success story when it clearly is not. After two years, Google hasn't delivered on its promises.

"Making Google's continued use of the marketing video an even more serious misrepresentation is a letter Ms. Levin sent to Google and CSC in December. She wrote, 'These failures are wholly unacceptable to the City of Los Angeles. CSC and Google have repeatedly committed to meet particular deliverables on specific dates, only to reveal, at the last minute, that the set deliverables/dates will not be met. CSC and Google's behavior goes beyond a mere failure to communicate in a timely manner, and instead, on several occasions, has risen to the level of misrepresentation.'

"Google not only made misrepresentations to the city, but also continues to make them to potential Google Apps customers by using the inappropriate and deceptive video featuring Ms. Levin and Mr. Walker. Allowing the video to remain on Google's site can only tarnish the City's reputation and further mislead potential customers.

"We call upon you to demand the immediate removal of the misleading video from Google's Apps For Government website and to investigate the actions of Ms. Levin and Mr. Walker to see if disciplinary measures are warranted."