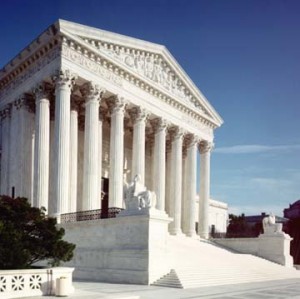 SANTA MONICA, CA: Consumer Watchdog has joined the plaintiffs in Hughes v. Pham in asking that the California Supreme Court review the constitutionality of the state’s arbitrary 39-year-old damages cap of $250,000 in medical malpractice cases. Even though a jury awarded the injured plaintiff millions in noneconomic damages for his permanent disability, this award was slashed to $250,000.

Many editorial boards across the state have said that California’s cap on damages bars children, seniors, and many others from justice. The Los Angeles Times wrote that “the dwindling real value of the cap has made it progressively harder to find lawyers willing to go to court for victims with large intangible losses but small economic ones — typically, victims who are children or nonworking spouses or elderly.”

Read the letter to the California Supreme Court here: http://www.consumerwatchdog.org/resources/hughes_amicus_letter_11.19.14.pdf

“Every day far too many of California’s families are struck by the twin tragedies of medical negligence and California’s outdated cap on damages,” said Pam Pressley with Consumer Watchdog. “The cap makes it difficult, if not impossible, to bring many medical negligence cases to court. The Supreme Court should review Hughes and reform or repeal this arbitrary and harmful cap on damages.”

In Hughes v. Pham, Trent Hughes was injured while riding an all-terrain vehicle. However, this injury was made painfully permanent when the physician’s delay in treatment allowed Hughes’ injury to progress to a complete spinal cord injury. Trent Hughes lost sensation and motor function, sexual function, and bowel and bladder function. The jury found the doctor negligent and awarded Hughes $2,750,000 in noneconomic damages for his lifetime of pain and suffering as well as damages for his future medical bills and lost wages. As required under California’s 39-year-old cap on medical malpractice damages, the court then reduced Hughes’ noneconomic damages from $2.75 million to the maximum allowable of $250,000.

Consumer Watchdog wrote that “the opinion of the appellate court will leave millions of Californians and their families who have suffered from medical negligence without fair compensation despite the overwhelming evidence that [California’s 39-year-old cap on damages] lacks any rational basis under circumstances existing today.”

“By 1988, twelve years after the passage of MICRA, California medical malpractice premiums had reached an all-time high – 450% higher than 1975, when MICRA was enacted. During the mid 1980s, California malpractice insurance premiums increased by more than 20% annually.”

Instead of curbing premium increases, the cap instead enriched insurance companies at the expense of victims. Today, circumstances have changed greatly:

“It wasn’t until voters took matters into their hands by adopting Proposition 103 and its strict regulation of insurance rates in 1988 that Californians began to see relief from excessive premiums. Since the adoption of Proposition 103, data show that malpractice insurance rates have dropped in California more significantly than the national average over the last two decades, while insurers have continued to be profitable.”

Concluding, Consumer Watchdog urged the Court to grant the plaintiff’s petition for review so that the Court could “review the constitutionality of [California’s cap on damages] against the backdrop of malpractice victims’ constitutional rights in light of the absence today of any purported malpractice insurance rate crisis that may have existed in 1975.”