Law360 (May 8, 2019, 9:23 PM EDT) -- A California appeals court on Tuesday ruled that Mercury Insurance Co. must pay a $27.6 million fine over its brokers’ practice of tacking on illegal fees to auto policyholders’ premiums, reinstating the largest-ever penalty imposed on a property and casualty insurer in the Golden State.

In a unanimous opinion, a three-judge panel of the state Court of Appeal’s Fourth Appellate District said a trial court erroneously cast aside the findings of then-California Insurance Commissioner Dave Jones, who ordered Mercury to pay the whopping fine in 2015 following a lengthy hearing before an administrative law judge.

Jones concluded that Mercury’s main brokers had, between 1999 and 2004, unlawfully charged thousands of consumers $50 to $150 in fees on top of auto insurance premiums authorized by the California Department of Insurance. According to the commissioner, the brokers actually served as agents of Mercury, and any fees charged by insurance agents must be approved by CDI and disclosed as part of a policyholder’s premium.

A state trial court threw out the fine in 2016 after holding, among other things, that the brokers’ fees were not part of the policyholders’ premiums — and therefore not subject to CDI approval — because they were assessed for “separate services” such as comparative rate shopping.

The appellate panel, however, said the trial court ignored extensive evidence backing Jones’ position and improperly substituted its own judgment for the insurance commissioner’s. A ruling upholding the lower court’s judgment would have contravened the intent behind California’s Proposition 103, the 1988 measure that required auto and other property and casualty insurers to obtain regulatory approval of their insurance rates, the panel said.

“The [trial] court’s interpretation would lead to the absurd result of eviscerating the rate statutes’ requirements by allowing insurance company agents to charge ‘broker fees’ without any CDI oversight or approval,” Associate Justice David A. Thompson wrote for the panel. “That would mean insurance agents could charge unapproved and unfairly discriminatory fees for alleged separate services that would increase consumers’ cost of insurance.”

Tuesday’s decision is the latest chapter in a protracted dispute between Mercury and California’s insurance regulator. In 1999, CDI first notified Mercury that it believed the insurer was violating state law because a number of its brokers were acting as “de facto” Mercury agents and charging illegal fees, according to court filings.

The following year, Mercury policyholder Robert Krumme sued the insurer over its brokers’ fee charges. Following trial, the court overseeing the Krumme action ruled in May 2003 that the Mercury brokers were indeed the insurer’s de facto agents and had charged unlawful fees for which Mercury was vicariously liable. The court issued a permanent injunction barring Mercury from selling insurance through brokers that actually operated as its agents.

But the judgment in the Krumme case did not deter Mercury’s primary brokers at Auto Insurance Specialists, which continued to charge consumers extra fees, according to court documents. CDI proceeded to initiate an administrative action against Mercury over its brokers’ continued imposition of the unlawful fees, which culminated in a 15-day hearing before an administrative law judge.

At the close of the hearing, the judge determined that Auto Insurance Specialists brokers had imposed illegal fees on Mercury policyholders in nearly 184,000 transactions, and recommended a fine of $150 per violation, for a total of $27.6 million. Jones adopted those findings and ordered Mercury to pay the penalty as part of a decision issued in January 2015.

In Tuesday’s opinion, the Fourth Appellate District panel said the lower court had paid “scant if any attention” to the conclusions in Jones’ decision and whether they were “supported by the weight of the evidence.”

“Instead, [Judge Andler] ignored the findings in the commissioner’s decision and made its own findings in violation of the proper standard of review,” Associate Justice Thompson wrote.

“[Judge Andler's] finding that ‘broker fees’ were proper is based on an erroneous assumption the ‘brokers’ were acting in that capacity, not as agents, as found by Krumme,” the panel found.

A Mercury spokesperson told Law360, “We are disappointed and surprised that the appellate court reversed the trial court’s decision, and we are currently evaluating our options, including the possibility of an appeal” to the California Supreme Court.

Jones’ successor, Ricardo Lara, said in a prepared statement Tuesday that the decision is “unequivocal: Insurers cannot avoid [CDI’s] scrutiny by charging ‘fees’ on top of the rates already approved by the commissioner.”

“Our efforts to maintain fair rates depend on insurers playing fair by disclosing the full cost of their insurance, which Mercury did not do,” Lara said.

Pam Pressley, a senior attorney at Consumer Watchdog, said in a statement Tuesday that the ruling “should send a strong message to Mercury and other insurers that they can’t get around the law.” 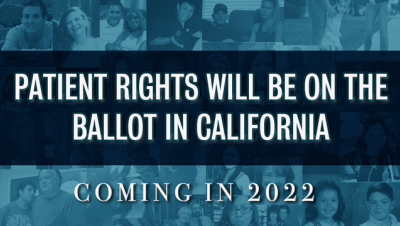