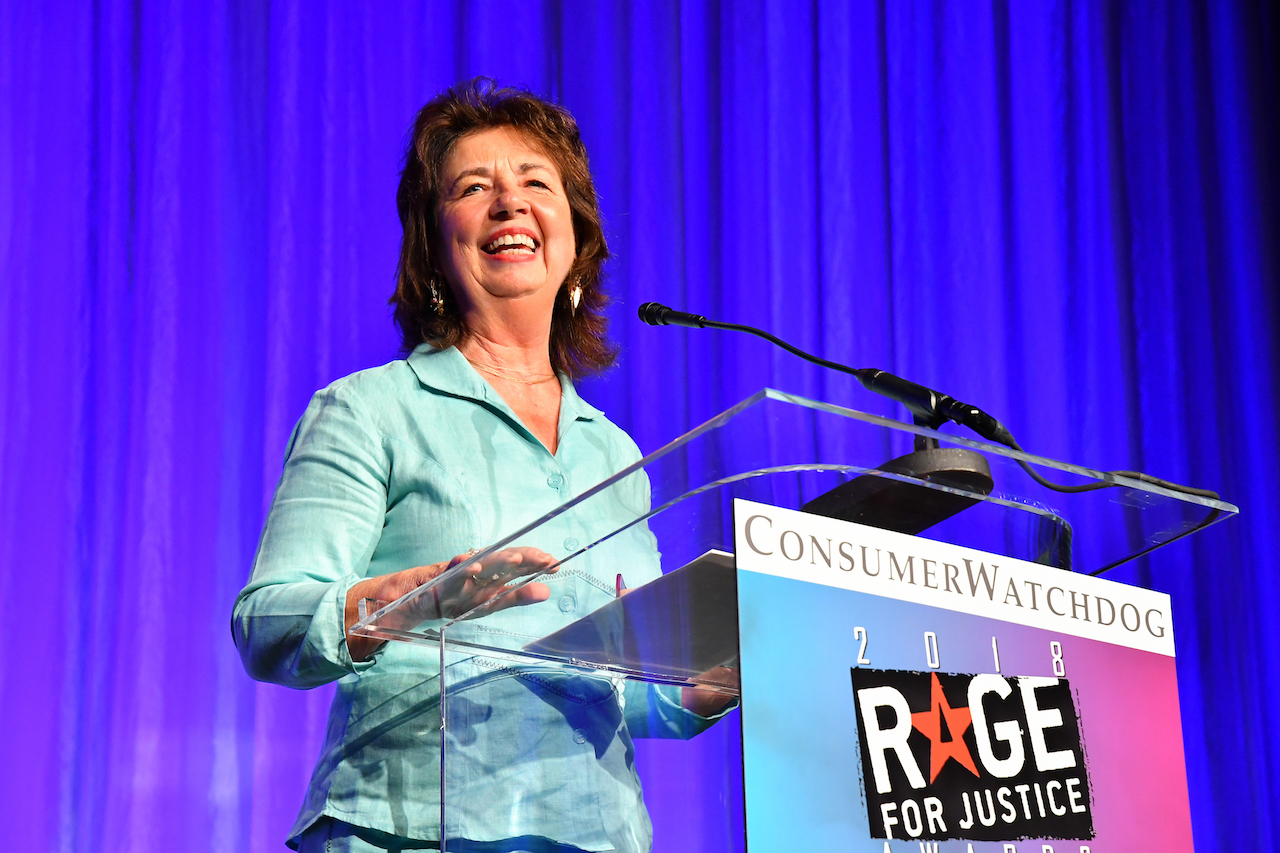 At the 2018 Rage for Justice Awards on June 2nd, 2018, the Consumer Advocate Hall of Fame Award was presented to RoseAnn DeMoro for her career leading the California Nurses Association/National Nurses Association to fight for patients and improved healthcare. A tireless advocate that has fought many political battles over her career, she still wishes to see one more victory in Sacramento, the end of MICRA, a law from 1975 limiting medical malpractice damages for pain and suffering to $250,000. That amount has not been adjusted for inflation since it was passed in 1975, and today would be over a million dollars.

RoseAnn spoke about her work with Consumer Watchdog in the fight against MICRA:

I think you saw just a clip in that video of a bus tour that we had with Consumer Watchdog for this incredible family, Scott and Kathy Olsen, and Scott's here today he's a member of the Consumer Watchdog board.

When their son was injured by a horrendous act from a doctor who refused to pay for a CAT scan—$850 dollars—for their son. And because of that, their son suffered vision loss and brain damage…It was unbelievable. We went everywhere, the courts awarded the family $7 million dollars for little Stephen’s pain and suffering, but because of the nasty right-wing law in 1975 called MICRA, which is the Medical Injury Compensation Reform Act, that amount was knocked down to $250,000.

You've got to understand that there's public outrage against MICRA. The editorial boards are even against MICRA but it's just such corrupt politics that there's no compensation for the pain and suffering of people like little Stephen who would, I mean, just the denial of a CAT scan for a young child, imagine if that were your child.

Watch the rest of the Rage For Justice Awards here.