L.A. Mayor Ducks Speaking Out Against Delta Tunnels After Contributions From Pom Wonderful Juice Makers And Other Private Interests 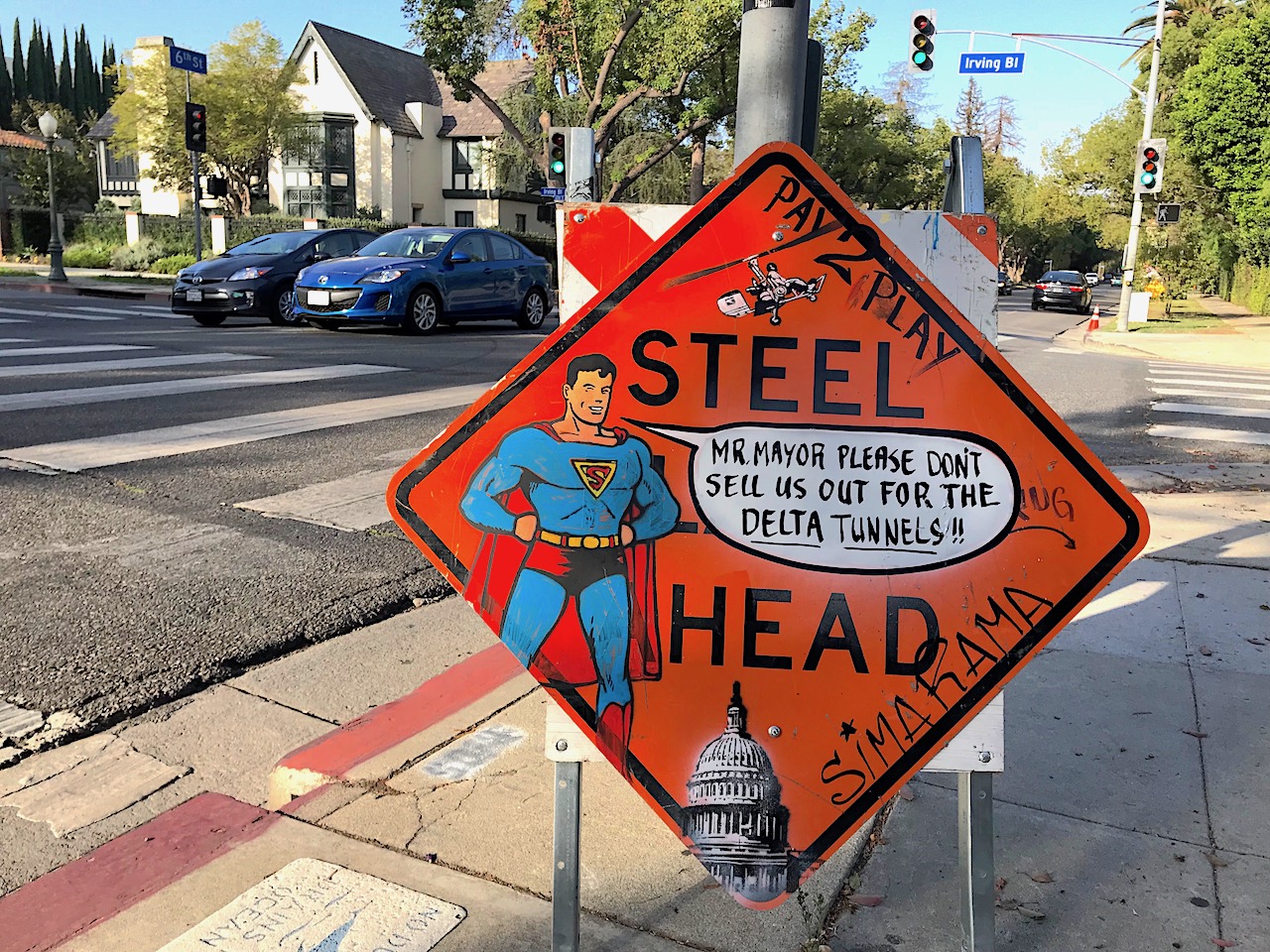 Santa Monica, CA — Los Angeles Mayor Eric Garcetti has refused to speak out against impending tax and rate hikes on Angelenos to fund the Delta Tunnels on the eve of a vote on Southern California’s funding of the project after receiving donations of hundreds of thousands of dollars from farming, engineering, and financing companies, including the Resnicks of The Wonderful Company that makes POM juice, says Consumer Watchdog.

Los Angeles has the biggest vote of the 26 members in the Metropolitan Water District (MWD). The MWD votes Tuesday on whether it will pay for the Delta Tunnels. Pressure against L.A.’s funding of the project has been building because the tunnels would cost Angelenos several billion dollars but provide no new water to the sprawling megacity.

“Will the Mayor finally drop the Resnicks’ Pom Poms and denounce the Delta Tunnels as a scam for Los Angeles to pay for big agribusinesses’ access to water?” said consumer advocate Liza Tucker. “Anybody has to wonder how much of Garcetti’s refusal to protect ratepayers and the public has to do with future political aspirations and keeping the donation spigot flowing.”

Last year, Stewart Resnick, owner of The Wonderful Company with Lynda Resnick, donated $100,000 to a Garcetti-backed effort to expand public transit, Measure M. The Wonderful Company uses more water than all of Los Angeles to make POM Wonderful pomegranate juice, Fiji Water, Wonderful Almonds, Wonderful Pistachios, and other agricultural products, according to Mother Jones. The couple has donated $4,450 over the years to Garcetti’s campaigns for city council and for mayor.

The Resnicks are major proponents of the tunnels. They have contributed $5 million to state and federal office-holders over the last two decades, including to Senator Dianne Feinstein, according to The Guardian. Garcetti is holding a fundraiser for Feinstein this week. Feinstein has supported growers in the central valley, including the billionaire Resnicks.

The Resnicks wield outsized political influence because of a 1994 deal with the state that gave them control of the Kern Water Bank, a partially publicly subsidized water storage facility meant as a fall back in times of drought. The Resnicks have used it to become billionaires off of their nut trees, but also sell surplus for profit to public water agencies, infuriating environmentalists.

Powerful corporations also interested in financing the Delta Tunnels or in engineering them, have made behested donations to Garcetti’s Mayoral Fund and to other causes and campaigns of the mayor’s.

Corporate interests have donated more than $30 million to Eric Garcetti’s Mayor’s Fund for Los Angeles, according to Southern California Public Radio reporting. Bechtel Corporation, the giant engineering firm, contributed $100,000 to the Mayor’s Fund via The S.D. Bechtel, Jr. Foundation. According to its website, the foundation has also donated $11 million to the Public Policy Institute of California, which has churned out pro-tunnel studies. Goldman Sachs, which made a financing presentation to the Westlands Water District before that district pulled out of the Delta Tunnels project, has contributed $400,000 to the Mayor’s Fund.

Kathleen Brown, the Governor’s sister, worked for for Goldman Sachs for a nearly a decade, and also sits on the board of the Mayor’s Fund. In addition, she sits on the board of Five Point Holdings, the corporation looking to build the controversial Newhall Ranch development, which will need to supply additional water from the Delta in order to be built.

Garcetti’s ratepayer advocate, Fred Pickel, a utility industry insider, has supported the Delta Tunnels project for Los Angeles as “affordable” for ratepayers, who would be on the hook for up to $4,000 per household to fund the tunnels.

The tunnels project would divert money away from Los Angeles water recycling, fixing broken infrastructure, and other conservation measures without providing any new water to the city at a time when the city is on track to cut in half its water imports from the North.