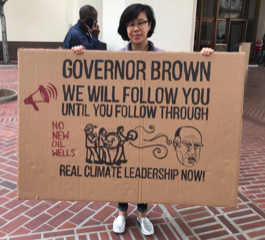 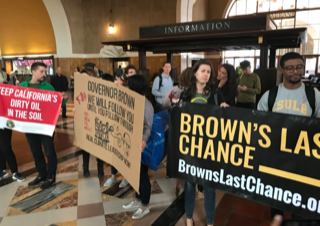 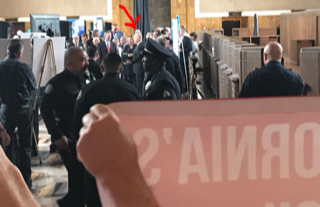 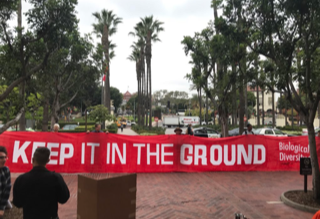 Browns Last Chance campaign asked Governor Brown to cross to our side of the tracks at Union Station on Friday and start keeping oil in the ground.

It’s time for Brown to put an end to new oil and gas drilling permits, protect frontline communities living with the dire health effects of oil and gas drilling, and complete the transition away from fossil fuels that he touts on the world stage. Billions of dollars are going into fixing our roads. We need some of those billions to go into getting Californians off of the gasoline that our vehicles guzzle while polluting the air and ruining the roads. It’s time to use those billions to build a bridge to train fossil fuel workers for renewable energy jobs that already outnumber oil and gas jobs by 8.5 to every one job in an urban oil field or refinery.