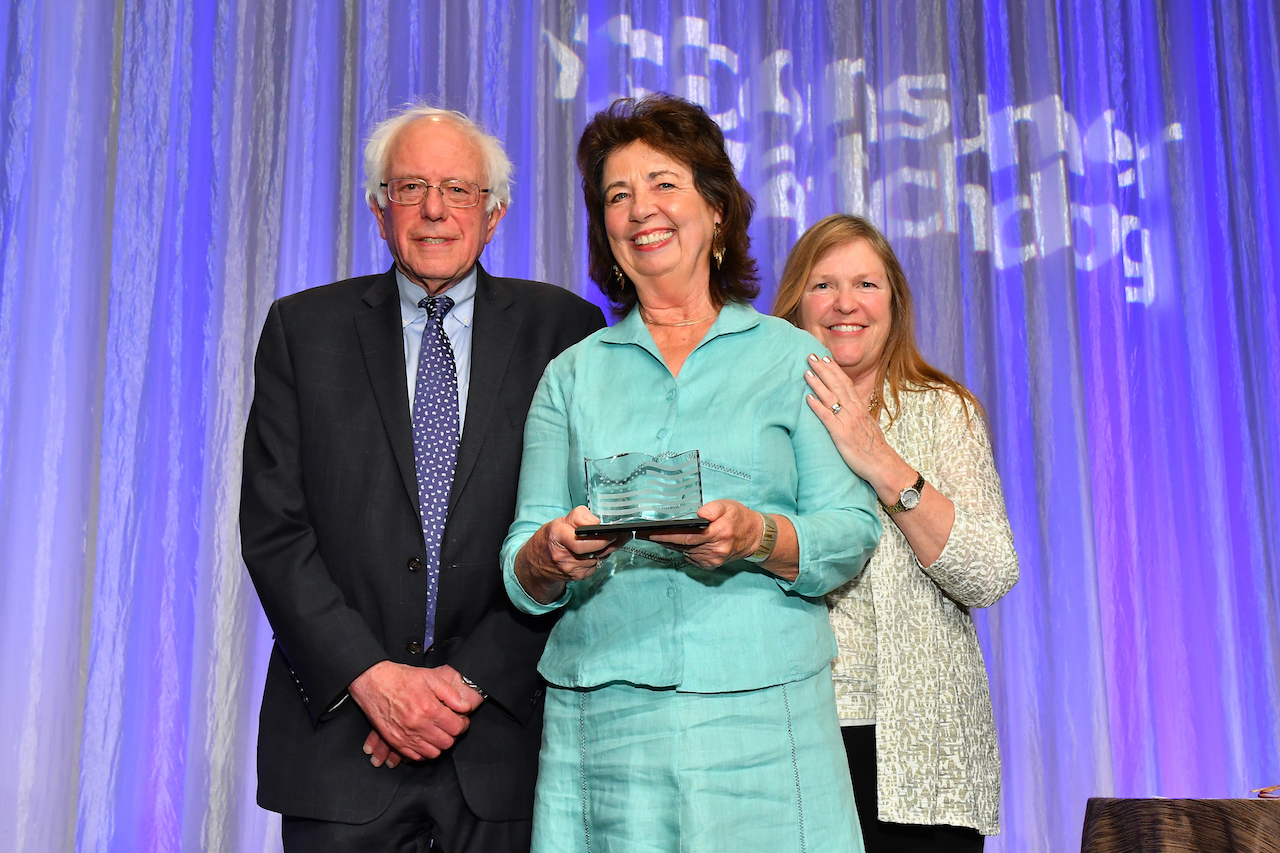 Los Angeles, CA --  United States Senator Bernie Sanders will headline a program celebrating the heroes and heroines of the public interest movement at the 2018 Rage for Justice Awards hosted by Consumer Watchdog on the night of Saturday June 2nd at the Beverly Wilshire Hotel.

Tickets for the fundraiser benefiting Consumer Watchdog are available at www.RageforJusticeAwards.org

Senator Sanders and his wife Jane O’Meara Sanders will induct retiring California Nurses Association leader RoseAnn DeMoro into the Consumer Advocate Hall of Fame. DeMoro served 32 years as the executive director of the California Nurses Association and transformed the union into the one of most progressive, fastest growing and principled in America. She led the successful movements for safe staffing in hospitals, HMO patients’ rights, and for a progressive national nurses union, National Nurses United.

Senator Sanders is slated to complete the program with comments at about 9 PM addressing DeMoro’s career and progressive politics.

Attorney Frank Pitre, partner at Cotchett Pitre & McCarthy, will receive the 2018 Lifetime Legal Achievement Award for his advocacy for victims of PG&E following the San Bruno pipeline blast, the Butte fire, and the recent wildfires in Napa and Sonoma Counties.  Pitre is currently leading the effort to stop a bailout of PG&E and the other investor-owned utilities in Sacramento that would limit the rights of fire victims to hold the companies accountable for starting fires.    His storied legal career includes landmark cases to hold Toyota accountable for design defects, to protect taxpayers in the wake of the Chevron Richmond refinery blast, and prosecute consumer claims against Volkswagen, Porsche and Audi for misrepresenting emissions in the “clean diesel” scandal.

Pitre’s partner Joe Cotchett will present the Award to Pitre at approximately 8:30 PM.

The Rage celebration will also mark the 30th Anniversary of landmark insurance reform Prop 103, which  improved the lives of those living in the inner city by making California the first and only state to ban ZIP-code based auto insurance.  A Consumer Federation of America report finds the law has saved over $100 billion for drivers.  The presentation will occur at 7:20 PM  with Prop 103 author and Consumer Watchdog founder Harvey Rosenfield making comments.

Nacole S., whose teenaged daughter was sex trafficked online and is featured in the documentary I Am Jane Doe, will be celebrated with the Citizen Activism Award for leading the drive to create new civil liability for online companies when they aid and abet traffickers.  The President signed the legislation into law in April of this year. The Citizen Activism Award will be presented around 7:10 at the top of the program by Ashleigh Aitken, a progressive attorney at Aitken Aitken Cohn and a past president of the Orange County Bar Association.

This is the 12th Rage for Justice Awards, which were created by the nonprofit nonpartisan group Consumer Watchdog in 2002 to honor public interest heroes. The Awards are named after Congressman Philip Burton, one of the most progressive and driven legislators in American history, whose acclaimed biography by John Jacobs is titled A Rage for Justice.

A listing of all the Rage For Justice Award winners and video of speeches are available at www.rageforjustice.org