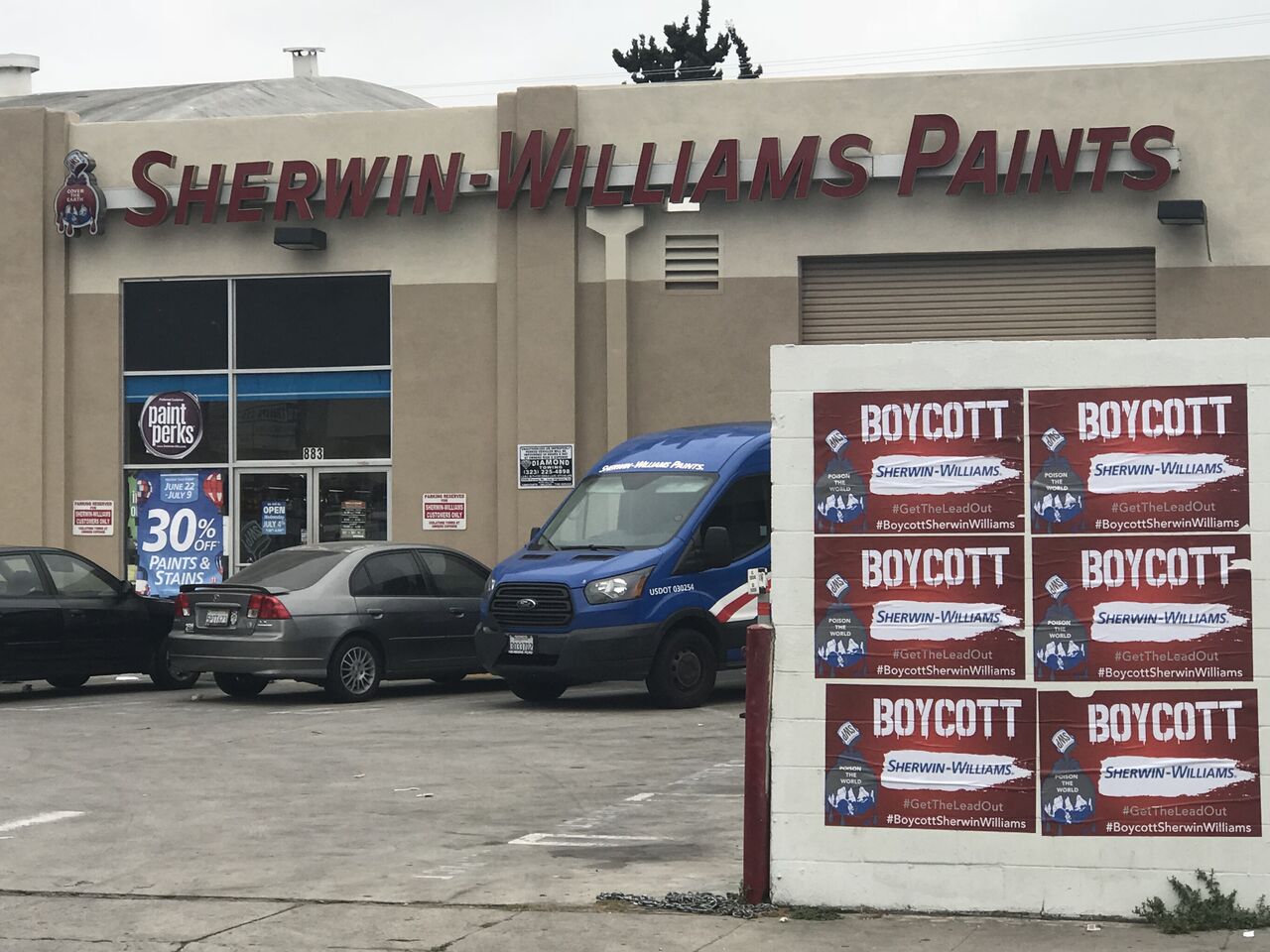 UPDATE: 6/28/18 5 PM The Boycott worked! Sherwin Williams and Con Agra pulled their ballot measure from the November ballot. Congrats to all.

Los Angeles, CA -- Consumer Watchdog said it was urging Americans not to buy paint at Sherwin Williams stores after the paint maker said it was going forward with a deceptive California ballot measure to erase its liability to the public for poisoning families with lead in its paint.

“We have decided to boycott Sherwin Williams paint stores, because this irresponsible company is refusing to take legal responsibility for the lead poisoning it caused,” said Jamie Court, President of Consumer Watchdog. “ Sherwin Williams customers should know that the money they pay for paint is being used to defend lead poisoning of children.

“Along with our allies in city and county governments, Hollywood, Washington, labor and community groups, we will make sure consumers know paying for paint at Sherwin Williams is financing a dangerous and irresponsible company that think it’s okay to poison children with lead and walk away from responsibility.”

Yesterday's CBS Morning News traced the travails of a child who was poisoned with lead and Sherwin Williams’ ballot measure to evade accountability. Watch it here:

“Paint makers should apologize and pay their debt to the public, not evade accountability for the harm they cause through deceptive ballot measures,” said Court. “Boycotts are not easy, but it's not hard to find other paint to buy that does not bear the Sherwin Williams brand.”

In 2017, J. G. Morikis, Chairman, President and Chief Executive Officer at Sherwin-Williams, made $13,513,194 in total compensation, including salary, stock, stock options and other compensation.

“It’s outrageous that Sherwin-Williams CEO J.G. Morikis raked in $13.5 million in a single year, yet wants taxpayers to pay the cost of cleaning up toxic paint his company poisoned children with for decades,” said Court.