Click here to listen to the audio of this radio broadcast segment.

Consumer Watchdog's Carmen Balber explains how insurance companies have not fully refund the amount they are legally required to return to consumers after the Covid pandemic.

Most California insurance companies continued to charge pre-pandemic auto insurance rates despite a vast majority of Californians driving far less last year, according to an analysis by Consumer Watchdog on Tuesday.

The report shows auto insurers reaped “a windfall of about $5.5 billion.”

SACRAMENTO — The board that licenses and disciplines doctors in California is failing to hold bad actors accountable, endangering patients in the process.

LOS ANGELES — Dozens of bags filled with plastic, glass and aluminum beverage containers have been piling up in Nancy Hannickel’s backyard in West Los Angeles.

Hannickel is not happy about it and can’t find somewhere to get the full CRV refund that had been paid for them.

They held a potluck picnic on Sunnyside Road a few weeks ago. It was more like group therapy with a side of chicken wings.

SACRAMENTO — Gov. Gavin Newsom has repeatedly said that fracking accounts for less than 2 percent of California oil production, but he appears to have vastly underestimated its use as the state prepares to ban the technique by 2024.

Given a time of fast-moving climate change, wouldn’t you like to know what the chances are of your house being in the path of a wildfire?

WOMEN OF COLOR are disproportionately harmed by California’s outdated limits on compensation for patients injured by medical negligence. Systemic inequities in our health care system mean women of color receive lower quality health care and contend with worse health outcomes. Then the cap deprives them of justice when they seek answers and accountability.

By Thomas Elias, THE DESERT SUN

In 2019, Google embarked on a mysterious-sounding venture.

The agency that licenses 152,000 California physicians is facing a crisis of public confidence, with the voices of several lawmakers joining those of angry patients who say it shields bad doctors far too often.

Click here to listen to the audio of this radio broadcast segment.

Patient advocates lambasted last-minute amendments made to a bill concerning the Medical Board of California, including the gutting of a provision to remake the panel with a public-member majority.

What happened: An earlier version of CA SB806 (21R), by Sen. Richard Roth (D-Riverside), increased the size of the board from 15 to 17 members, allowing for eight physicians and nine public representatives. But amendments made late last week eliminated that proposal from the bill.

States are setting up hotlines amid reports that some Americans are being charged for the COVID-19 vaccine, which is supposed to be free.

The Department of Health and Human Services said to report any vaccine fees.

Click here to listen to the audio of this radio news broadcast segment.

Consumer Watchdog's Jamie Court explains why Californian's are demanding changes to the state's broken bottle and can redemption system.

LOS ANGELES (CBSLA) – Consumers in California pay five or ten cent deposits for almost every beverage in a bottle or can, but new reports show many are not getting their money back at recycling centers.

Opinion By Jamie Court for THE MERCURY NEWS

When Elon Musk joked on Saturday Night Live that cryptocurrency was a “hustle,” he unwittingly summed up the strategy by which Tesla has fleeced the state of California.

Letter to the Editor

Rohit Chopra is expected to receive the U.S. Senate’s blessing any day now to become the new head of the Consumer Financial Protection Bureau. His job will be to restore credibility to a watchdog agency that was largely sidelined during the Trump administration.

SAN FRANCISCO (KPIX) — It’s been a year since KPIX first uncovered systemic troubles with California’s bottle and can recycling program. During the pandemic things just got worse. Now lawmakers are looking for a fix.

San Francisco Mayor London Breed marked the occasion by issuing a proclamation declaring April 29 "Michael Finney Day" in the the City and County of San Francisco.

CHICAGO (WLS) -- Some people are frustrated after they said they were charged for their COVID-19 vaccines. The federal government has made it clear that these shots are 100% free to consumers. So why are people still being billed?

California Gov. Gavin Newsom made big waves on Friday when he announced plans for the state to phase out fracking by 2024, and oil drilling by 2045.

Climate action advocates have cautiously praised California Governor Gavin Newsom's plan to ban hydraulic fracturing by 2024, but stressed that the move is still a half-measure as it allows continued oil drilling for the next two-and-a-half years.

More than 50 individuals, companies and advocacy groups legally lobby San Jose each year about subjects including Google developments and cannabis.

Climate campaigners on Friday cautiously applauded California Gov. Gavin Newsom's moves to cut off new hydraulic fracturing permits by 2024 and evaluate phasing out oil production by 2045, while also stressing that the timeline still needs to be accelerated.

Pending state ballot initiatives will go before voters in 2022 as planned rather than during a likely 2021 recall election, according to campaign representatives who have heard from elections officials.

Auto insurance providers are facing mounting pressure from clients and various consumer groups, who are demanding bigger refunds amid a significant reduction in claims during the pandemic, according to a Forbes report.

Auto insurance companies have been criticized for their refunds to customers that were based on the reduction in driving (and claims) during the pandemic. Now they’re feeling even more heat over their handling of auto insurance premiums.

CHICAGO (WLS) -- The ABC7 I-Team has learned that a Chicago hospital is charging patients after getting their free COVID-19 vaccine after a South Shore woman reached out after receiving a bill from Jackson Park Hospital.

LOS ANGELES - Once again prices at the pump in Southern California continue to rise. After a pandemic pause in 2020, gas prices are now hitting their highest levels since November of 2019.

Property owners can sue title insurers who charged them rates without first filing them with the state insurance commissioner, the state Supreme Court ruled Thursday in a case that could affect millions of Californians.

Even for Elisa Costante, who studies vulnerabilities in surveillance devices for a living, the breach at the security-camera startup Verkada was startling.

END_OF_DOCUMENT_TOKEN_TO_BE_REPLACED 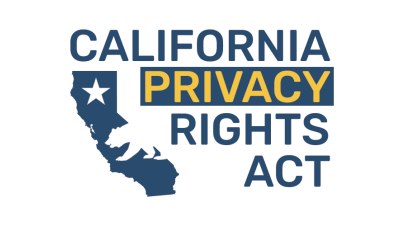