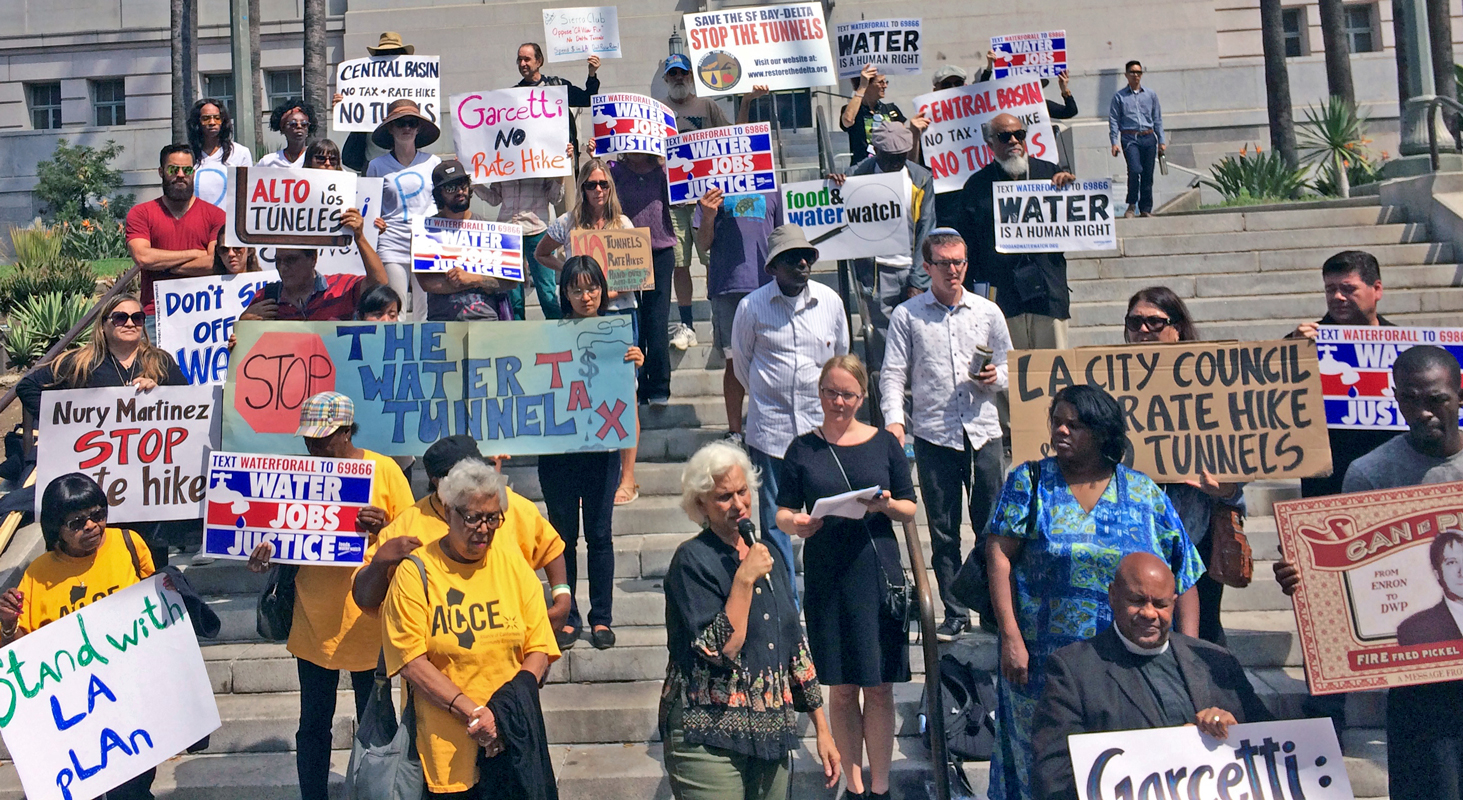 “Pickel is an energy consultant whose bread has always been buttered by utilities," said Consumer Advocate Liza Tucker. "He has taken every opportunity to support LADWP while disregarding ratepayers and providing dismal customer service.

"Pickel has been for the kind of worker raises that make LADWP's municipal utility salaries among the very highest in the nation. He has never questioned the unnecessary refurbishing of natural gas power plants that would cost more than $2 billion. And he has never raised the issue of LADWP contributions to the city's general fund of $100 million annually. It's time to can Pickel."

Consumer Watchdog rolled out a video today calling on the LA City Council to “Can The Pickel” and replace the publicly appointed ratepayer representative with one that works to protect ratepayers. City Council representatives can be asked to fire Pickel via ratepayerrevolt.org

Pickel’s five-year contract with the City expired and he is working month-to-month while a Council-named search committee decides whether to replace him.

Last month, he concluded that an expensive Delta Tunnels plan to divert water under the San Francisco Bay Delta to the South was “affordable” for ratepayers.

But Los Angeles ratepayers would end up paying higher rates just as they reduce their use of Delta water by 50 percent via groundwater storage, recycled water, and other projects. Ratepayers could wind up paying as much as $2,000 to $4,000 more in tax and water rate hikes that will not bring any new water to Los Angeles but would benefit water barons, according to advocates.

On Pickel's watch, in 2013 the LADWP rolled out a disastrous new billing software system that mis-billed customers at least $67.5 million, despite being warned internally that the system was not ready for prime time. Improper shut-off notices were sent to thousands of its 3.8 million customers, while some were not billed for months.

A state audit concluded that the LADWP knew it was releasing a flawed billing system generating losses of nearly $200 million. Pickel later backed a class action settlement that left DWP in charge of determining who was owed how much with no independent verification, said Tucker. Meantime, billing issues continue with the utility forcing customers into billing plans or facing service shutoffs with no recourse.

Pickel also authored a failed 2016 ballot measure exempting DWP from city oversight on rate hikes, slipping in a new 5-year contract and raise for himself without publicly disclosing it.