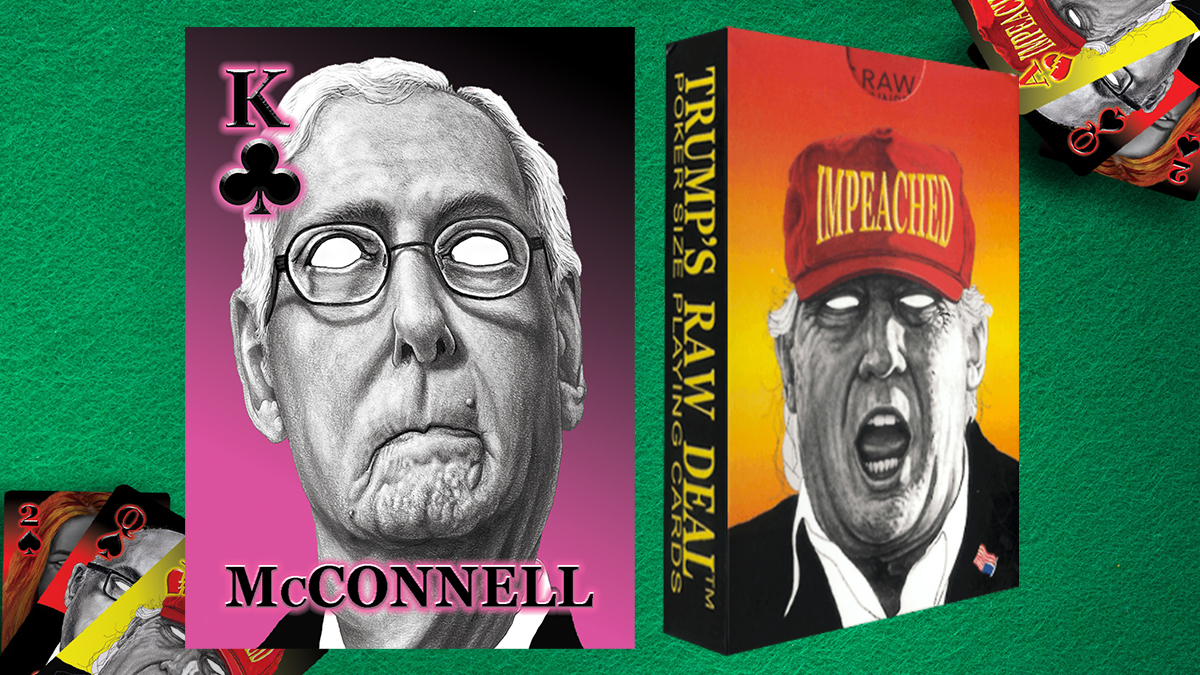 Whether the US Senate acknowledges it or not, we must never forget the raw deal behind Trump's corruption.

Mick Malvaney may be out as White House Chief of Staff, but he will always be the 9 of Clubs on in the Trump's Raw Deal Playing Card deck.

These cards help us remember the naked corruption behind the players and plays that allowed Trump to occupy the White House.

Is there any dispute now after the impeachment trial that Mitch McConnell is the King of the Clubs?

Trump's Raw Deal playing cards give you the power to convict with every hand.

The cards make sure we never forget how Trump won and what he has done.

Watch a short video of the cards in the deck at www.TrumpsRawDeal.com

Last night I was at the Los Angeles Art Show when Chick unveiled the full size portraits behind these masterpiece playing cards.

You can listen to my interview with Chick Bragg on this week's Rage For Justice Report podcast (above). We talk about his art and the Russians and Americans behind the face cards.

As Chick says these are his "good, bad and ugly portraits of Trump’s spawn, swampland mob and Russian collaborators.”

Trump has gambled with American democracy from Day One, now you can deal back.

$20 will help you (and us) survive 2020 and never forget the people who built Trump's house of cards.