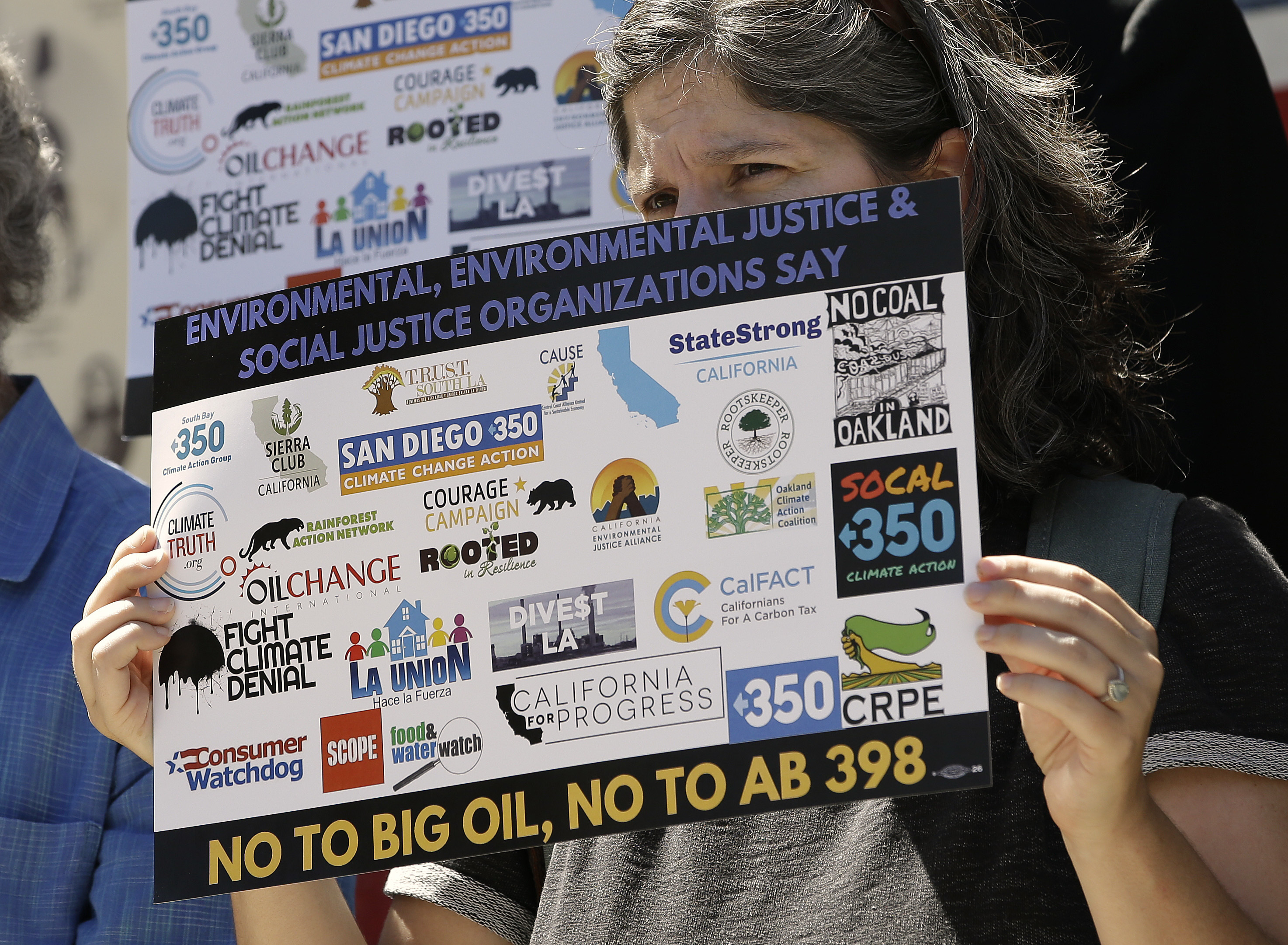 No matter how you look at it, from a sham trading system to "cut" climate-warming emissions to consumers gouged at the pump, Big Oil has us over a barrel by paying the state and politicians what amounts to hush money to stay off its back.

That includes Governor Jerry Brown, who just returned from a European climate tour where he touted himself as among the world’s foremost climate change warriors. While Brown should be lauded for increasing renewable energy and efficiency standards, he hasn’t laid a finger on Big Oil, which has directly contributed to his family’s personal fortune.

But we won’t reach our ambitious 2030 climate goals without turning off the oil spigot. The reason Brown was booed at the Bonn, Germany climate summit was because of exactly that, wrote climate activist Bill McKibben.

Brown won't turn off the oil spigot, starting with a ban on fracking or new permits for major exploration or infrastructure projects. In Bonn, he threatened protestors demanding such action with “revolution” and “shooting in the streets” if gasoline cars were banned overnight. But no one is suggesting that.

“That’s the point of ‘managed decline’—an orderly retreat from the fossil fuel precipice,” McKibben wrote. Exactly what Big Oil wants to avoid by paying hush money in the form of donations to politicians and in the form of lobbying dollars.

Last year, the oil industry, which is the most powerful lobby in Sacramento, spent $36 million on lobbying to block proposed policy changes that would limit its power to drill and pollute. The industry spent $122 million over the last six years influencing elected officials, including Governor Jerry Brown.

In turn, the state does industry’s bidding. For example, Big Oil lobbied away a moratorium on fracking until proven safe. Fracking legislation passed only with a provision that the practice would be scientifically studied while regulators went ahead and rubber-stamped injection permits that poisoned thousands of aquifers.

Governor Brown has ignored for two years now recommendations made in response by the California Council on Science and Technology. The Council urged lawmakers to ban the use of highly hazardous chemicals and those with unknown chemical properties in radical extraction.

Brown has ignored its recommendation to stop letting farmers buy cheap oil wastewater to irrigate their crops because samples have been found to contain dangerous levels of cancer-causing chemicals. Nothing has been done to limit fracking near shallow drinking water aquifers.

Another study recommending a big buffer between oil and gas operations and schools and houses has also been ignored. More than half a million people in Los Angeles live within five blocks of an active oil or gas well.

Brown allowed Big Oil to write legislation exempting refiners from direct regulation of greenhouse gases. That same legislation extended a system of capping emissions and trading pollution allowances that was so full of loopholes and tax breaks that it ensures a continued rise in emissions from refining and transportation because polluting stays cheap.

The nonprofit think tank Near Zero, one advisor to the state on its “cap-and-trade” system, concluded that while overall emissions fell in 2016 due to a surge in renewable energy, emissions from the biggest contributor—transportation—and from refiners went up over the previous year.

The Brown administration forgoes investigations and leaves the industry alone even though we have an unexplained “gouge gap” of up to $4.5 billion a year between what the average family of four pays for gas versus what families pay everywhere else.

One attempt to dispel the “unexplained differential” involved creating an advisory committee to the state’s energy commission to study it. The effort failed when the body was underfunded and Big Oil refused to give up needed market data.

But it’s no secret that four companies control more than three quarters of the refining market, and two—Chevron and Tesoro—control more than half of it. Any refinery glitch suffices to spike prices across the board and keep them that way.

As chair of the California Energy Commission's Petroleum Market Advisory Committee and professor Severin Borenstein noted, “…It’s clearly not the normal operation of a market. What we don’t know is what’s the abnormality. Are they profiteering, taking advantage of a restricted supply to raise their prices? Or is it some logistical constraint reducing the supply and forcing prices up?”

If Big Oil has its way, we’ll never find out the answer. Nor will we avoid the catastrophic results of unbridled global warming.