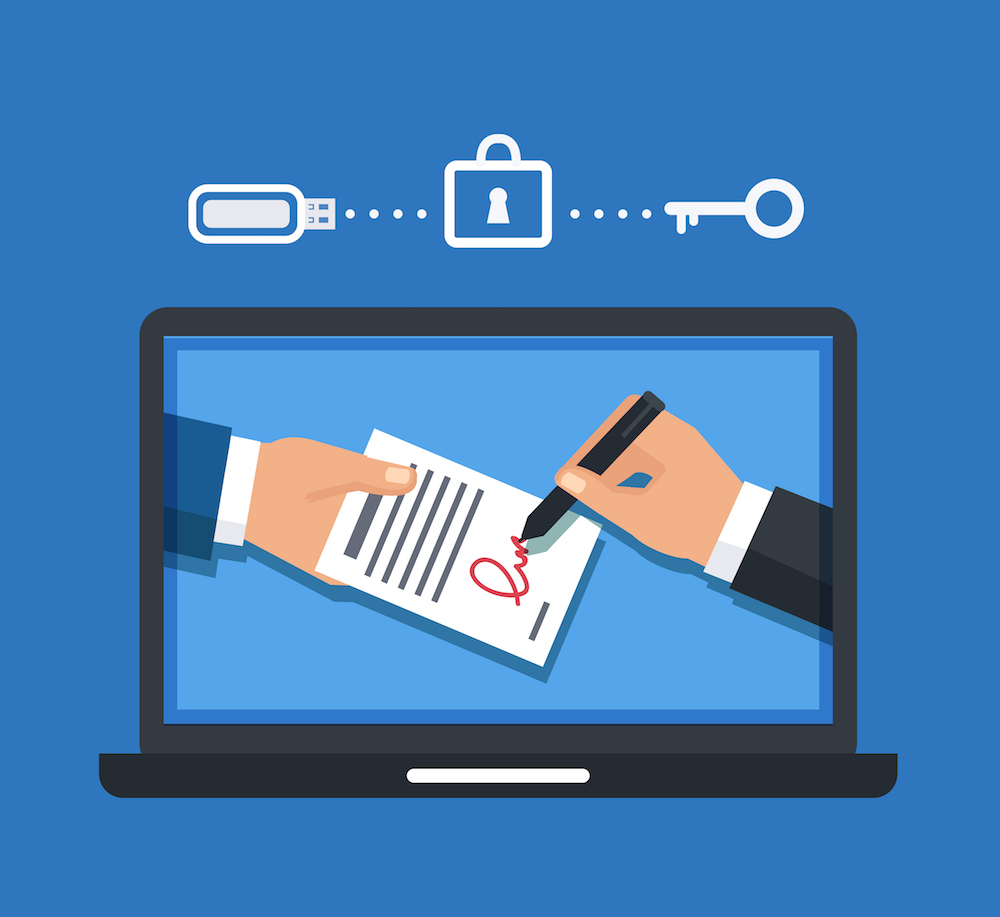 Los Angeles, CA – The cost to qualify an initiative measure for the November 2020 ballot averaged a record-high $7.22 per valid signature, a prohibitive cost that locks average Californians out of the initiative process, according to a new report released by Consumer Watchdog today.

The 2020 ballot initiative campaign spending reports filed on Thursday, Sept. 24th reflect that a trend identified in the report continues: The same special interests that spend the most lobbying lawmakers in Sacramento also dominate the ballot initiative process.

The report finds that high signature costs have put the initiative process out of reach for all but the wealthy. It concludes that electronic signatures could make signature gathering accessible for regular Californians and restore citizens’ access to the ballot.

The report compiled data about initiative campaigns and lobbying expenditures from Ballotpedia.com, the Fair Political Practices Commission, California Secretary of State, and polling by the Public Policy Institute of California.

Consumer Watchdog reviewed a decade and a half of ballot measure activity since 2005 and found: 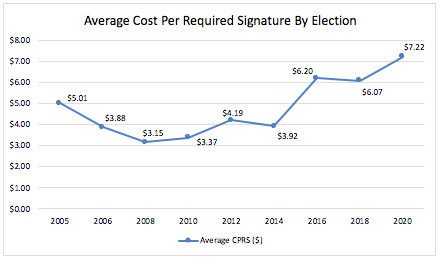 While final totals for 2020 are not yet available, the trend – of the same groups spending big in Sacramento and on initiatives - has continued. Campaign finance reports available today show that Uber, Lyft and Doordash have contributed a combined $146 million to pass Prop 22 and repeal AB 5. The three companies spent over $2 million lobbying lawmakers in Sacramento since 2019, largely in the effort to prevent AB 5’s passage. Several of prior years’ top initiative spenders and lobbyist employers make repeat appearances this election cycle, including: dialysis providers, SEIU, developers/realtors, and the California Teachers Association, who have all spent large sums on ballot measures and lobbying in Sacramento this cycle. 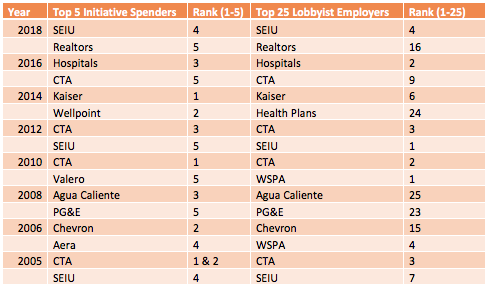 The solution, the report finds, is giving citizens remote access to direct democracy. Authorizing campaigns to collect initiative petition signatures electronically could restore the ballot initiative process to the people it was intended to serve.

The report identifies other states where electronic signature gathering is already being tested. The state of Michigan authorized e-signatures temporarily in April after the pandemic shut down in-person signature gathering. One campaign used the common business software DocuSign to collect tens of thousands of signatures, requiring voters to authenticate their identity with driver licenses or state identification cards. Voters in the City of Boulder authorized e-signatures for initiative petitions in 2018 and will have a system in place for the 2021 elections. Arizona allows political candidates to collect e-signatures to qualify for the ballot.

In 2001, The Speaker’s Commission on the California Initiative Process, convened by then-Speaker of the Assembly Robert Hertzberg, sought recommendations on electronic signature gathering from the Public Policy Institute of California.

“Sea Change” finds that the obstacles to e-signatures identified in that 2001 report – security fears, ease of qualifying, and the cost of implementing a statewide database of voters – have fallen away over two decades of technological advances. California now has a statewide voter database. Voters without computer access can sign on a smartphone or at a vote center, in addition to on traditional paper petitions. E-signatures are submitted securely with two-factor authentication to governments and businesses at every moment, across the internet.

Recent experiments also provide strong evidence that e-signatures won’t necessarily make it easier to qualify a measure for the ballot. For example, the report finds that no flood of signatures materialized when a Michigan campaign began gathering signatures electronically. The campaign collected no more than 30,000 signatures in six weeks.