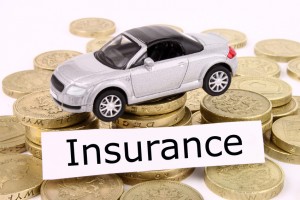 Yesterday, the insurance sales website Insure.comreleased a poorly constructed and remarkably misleading study on auto insurance rates.  (More surprising, perhaps, is the fact that some journalists uncritically posted the study as news.)

The study purports to organize states according to how expensive it is to buy auto insurance in those states.  The results place Louisiana as the most expensive place to buy car insurance and Maine as the least.  And while premiums in Louisiana are quite a bit higher than average and those in Maine lower, the methodology used by Insure.com was so insufficient that the only thing you can really take from the study is that driving Mercedes vehicles can be very expensive no matter where you live.

The study places Georgia, Oklahoma, Montana, California and Kentucky among the top 10 most expensive places, even though drivers in each of those states spend less each year on auto insurance than the national average (according to the much more comprehensive data assembled by the National Association of Insurance Commissioners).  Coming in at an apparently low-priced #43 is the state of Washington, despite the fact that drivers there spend, on average, about 24% more on auto insurance every year than drivers in Montana (#6), 16% more than Oklahoma (#4), and 9% more than Georgia and California (#3, 7).  Drivers in perennially high-priced Nevada must be confused by the #36 ranking given by Insure.com, seeing as how the average Nevadan spends 17% more on auto insurance than the average American.

So why did Insure.com get it so wrong? They apparently spent all their resources varying the study by model of car rather than trying to get a real picture of the rating systems used by various companies in various states.

Insure.com researched premiums for 750 models, including 37 different types of Mercedes and 18 different Porsche models, which probably gives a very good sense of whether or not your car will be more or less expensive to insure no matter where you are.

The net result is that Insure.com has issued a study that does not accurately reflect the cost of insurance that drivers around the country will likely pay, either in actual dollars or relative to drivers in other states.  The study is a reminder that if you happen to drive a luxury car worth more than $100,000 you will pay a lot for auto insurance, but it’s not much else.

p.s. The Center for Economic Justice's Birny Birnbaum, an economist and former Associate Commissioner at the Texas Dep't of Insurance, notes one thing that is illustrated by the Insure.com survey: "The study points out how opaque auto insurance pricing is in most states -- CA being a notable exception!"

Family of Bakersfield Mother of Four Holds Car Wash to Raise Funds for Her Funeral; Discovers Her Doctor Has a History of Arrests and Negligence
END_OF_DOCUMENT_TOKEN_TO_BE_REPLACED